A Medieval strain of leprosy is infecting squirrels in the UK

Only three animals – including humans – are susceptible to the disease 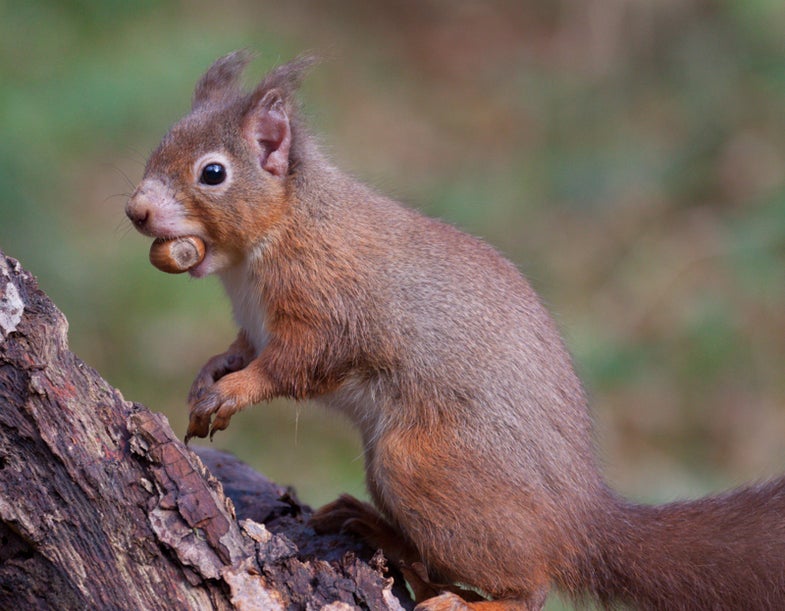 Leprosy was a fact of life in Medieval England. Back then, there were so many people infected with the disease that a minimum of 320 facilities were built to care for people infected with leprosy on the outskirts of town or near crossroads. But infections gradually declined, and leprosy has been incredibly rare in the United Kingdom for centuries. Now it’s back, spotted in a population of red squirrels on a small island off the English coast.

In a paper published today in Science, researchers announced that they had identified two strains of leprosy-causing bacteria – Mycobacterium leprae and Mycobacterium lepromatosis – in populations of red squirrels around the UK. It is only the third animal, after humans and armadillos, known to be susceptible to the disease.

Leprosy is a disease caused by a bacterial infection that damages the skin and nerves, and has been infecting humans for thousands of years. While not life threatening, it can lead to very visible symptoms like skin lesions and nerve damage in the extremities. In the past, these lesions and nerve damage were feared greatly, and people infected with the disease were forced into quarantine.

One of the strains reported in the study, Mycobacterium leprae, is closely related to the leprosy that affected humans in Europe during the Medieval period, hundreds of years ago. That particular strain was found in a group of red squirrels living on Brownsea Island.

The researchers started looking into diseases in these red squirrels two years ago, when leprosy-like lesions were noticed on the ears of an endangered population, already in decline due to threats like competition from grey squirrels (an invasive species in the UK) and diseases like the squirrelpox virus.

How the leprosy got into the population of red squirrels is still a mystery, but there are some possible explanations. The infection may even have passed between humans and red squirrels.

“The exact mechanism which lead to the infection in red squirrel is unknown, but it is conceivable that humans may have been infected through contact with red squirrels infected with M. leprae, since these animals were prized for their fur and meat during Medieval time[s],” Charlotte Avanzi, an author of the paper, said in an e-mail.

Leprosy can seem very frightening due to its reputation in the historical record, but today the disease is completely treatable with an antibiotic regimen. Those who receive prompt treatment are easily cured.

And don’t worry about picking up an ancient disease from your local park. Not only is leprosy treatable, but “leprosy is really a hard disease to get,” Truman says. The two known species of bacteria that cause leprosy are very fragile outside of a host animal. The bacteria will die within hours on a microscope slide, and it’s impossible to culture them on artificial mediums. And in addition to that fragility, leprosy is rather impotent: Close to 95 percent of humans are naturally immune to the disease. That means that even if you came in contact with a red squirrel on Brownsea island, your risk of contracting leprosy would be low – especially if you don’t touch it, which would be kind of difficult anyway (have you ever tried to grab a wild squirrel?)

“Even if there is leprosy in red squirrels in continental Europe, the risk of zoonosis is low because of the limited contact between the animals and humans” Avanzi says.

That’s in contrast to the only other known carrier of leprosy (besides than humans), the nine banded armadillo, which has adapted quite well to urban environments and comes into contact with humans more often. Many cases of leprosy in the southern United States are zoonotic (transmitted by an animal, in this case an armadillo) in origin.

Future research will focus on leprosy in the population of red squirrels on Brownsea Island, where researchers will spend four years studying how leprosy is contracted and transmitted within the red squirrel population.