When Will Humanity Finally Pull The Plug On Power Cords? 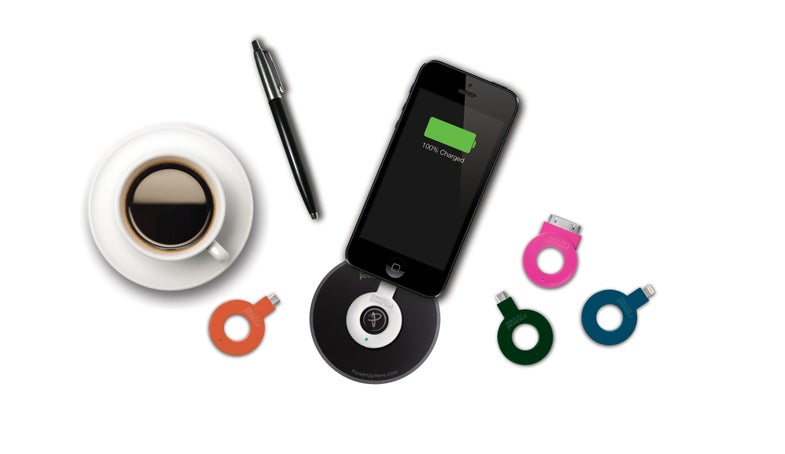 In the mobile age, we’re largely unfettered by wires, thanks in no small part to Wi-Fi, cellular networking, and the rise of laptops, smartphones, and tablets. But one thin tether keeps us perennially bound: power. Though battery technologies have improved, we still need to charge our devices regularly. So-called “wireless power”—charging or power transmitted to a device without the need to plug that device in—has long been (supposedly) just shy of mainstream adoption.

There are a variety of different wireless power systems under development now that aim to help make it a bit more convenient to charge your devices. Let’s run through the options, what they offer, and the limitations that have thus far kept them from widespread adoption.

(A brief note before you begin: Though power can be transmitted over the air, “wireless charging” is something of a misnomer. Generally, there are cords somewhere to connect to an existing power supply, and often times we’re talking about technology that works only at a very short range.) 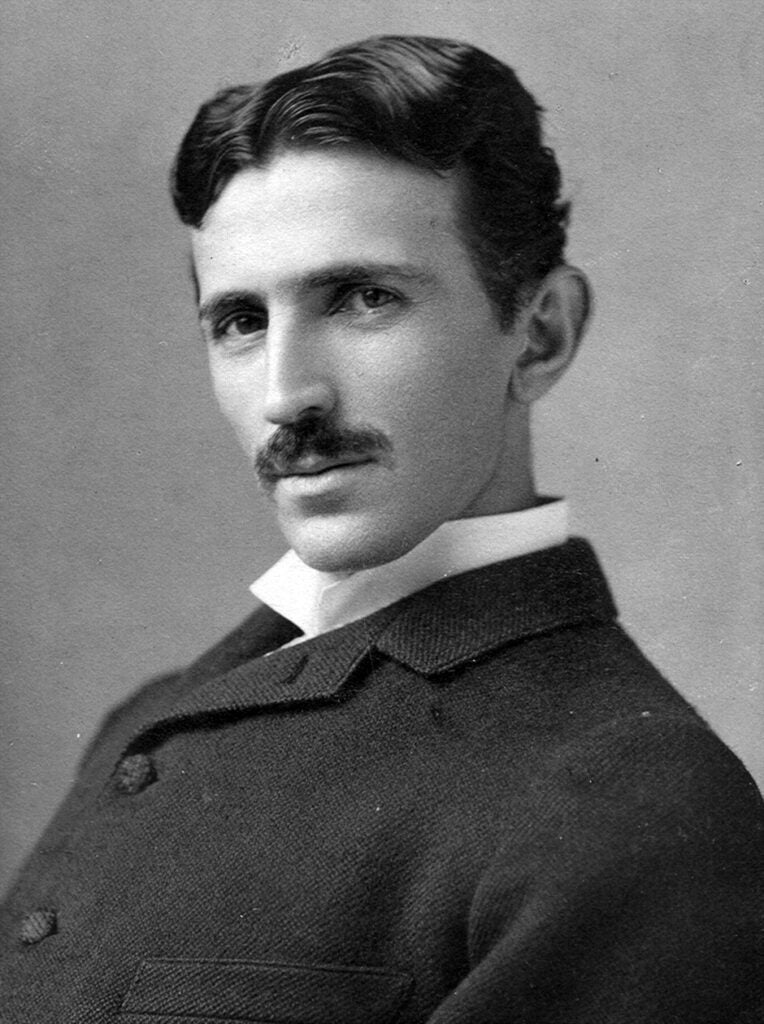 Wireless power transmission dates way back: famed inventor and genius Nikola Tesla demonstrated a way to send power though the air in the late 19th century, and was even working on a way to transmit it across long distances. But he achieved little success in those experiments, and his ventures were ultimately abandoned.

Since then, there have been plenty of attempts at bringing wireless power to the masses, with limited success. Work on cutting that last cord has never really stopped, and if you’re determined, you can even outfit some of your devices for wireless charging—if you don’t mind some extra cost and some limitations. Duracell’s Powermat system, for example, offers combinations of mats and cases for many of the most popular smartphones.

Inductive coupling works via electromagnetic fields: an electric current is induced in a coil by placing it near another coil which has power running through it. In order to work, however, the two coils must be very, very close together—a matter of a couple inches or less—otherwise too much power is lost during transmission. 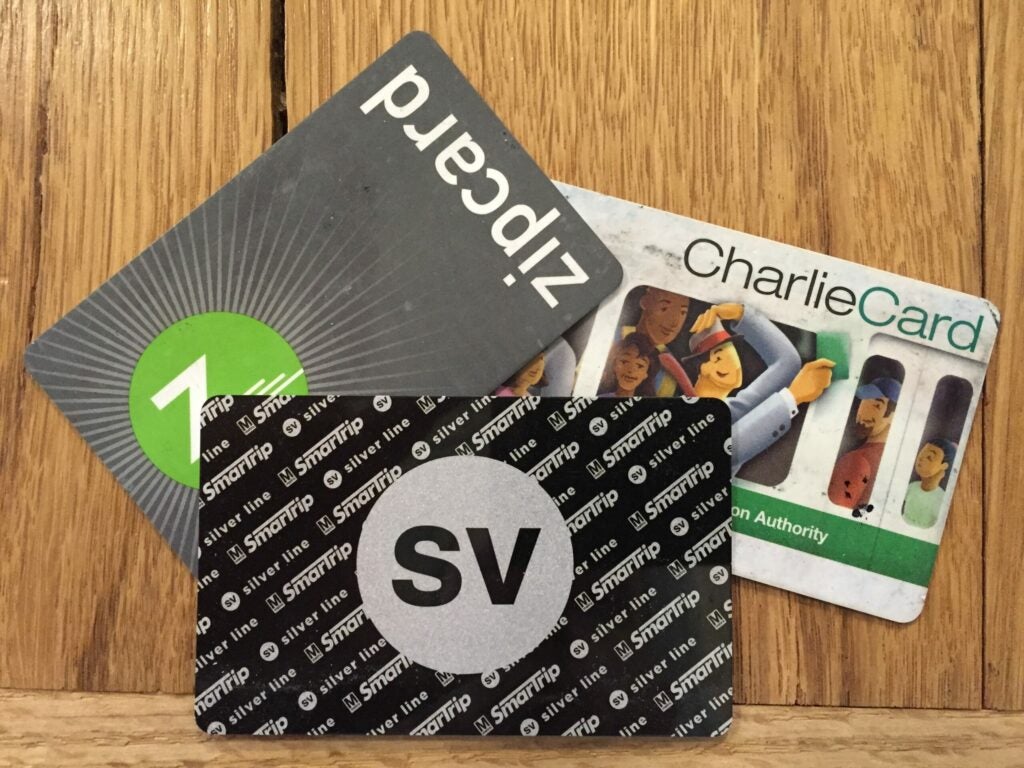 Contactless smart cards, such as the kinds used in many public transit systems, rely on a form of inductive coupling.

One of the most common uses for inductive coupling these days are Radio Frequency ID (RFID) chips. If you’ve used a contactless smart card to access your office or to pay for your bus or subway fare, you’ve used a very simple form of wireless power transfer: the RFID chip on your card is inactive until it’s placed in close proximity to a powered terminal, which provides the power to activate the chip and read the data off of it. Near field communication (NFC) chips, such as those used in wireless payment systems, work using similar technology.

Both smartphone manufacturers and accessory makers have experimented with inductive charging for phones over the years. The Palm Pre boasted wireless charging capability back in 2009, and subsequent phones like the Nokia Lumia 920, the Google Nexus 5, and Samsung’s Galaxy S5 have all supported it as well, though some models have required an additional, special backplate. The upcoming Apple Watch will also charge via induction. 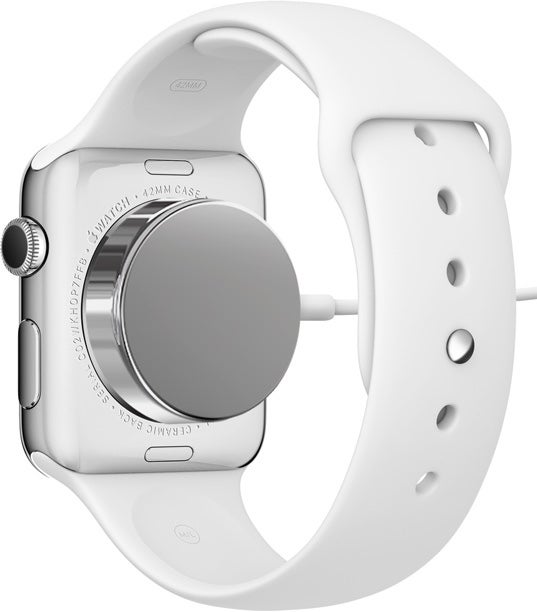 Induction has its benefits: it doesn’t require precise connection of cables, and it lets companies make water-resistant devices more easily, since it eliminates the need for exposed charging contacts. But the main limitation for inductive charging is that its range is very short, so it still requires you to put your phone on a base or pad that’s plugged in. In essence, you’ve traded a charging cord for a charging pad. And in some cases, such as with Apple’s iPhones, wires are used for more than just power—they also supply audio, video, control options and more. While some of those can be supplanted by wireless technologies like Wi-Fi and Bluetooth, many accessory makers still rely on a physical connection.

There are also disagreements on how exactly inductive coupling should work. Up until recently, there were three separate groups pushing inductive charging standards: the Alliance for Wired Power, the Power Matters Alliance, and the Wireless Power Consortium. In January, the former two announced plans to merge into a single group in an attempt to speed adoption, but that agreement doesn’t make their technologies instantly compatible. And while some retail chains like Starbucks and McDonalds are slowly adding wireless charging pads to some of their locations, and smartphone makers like Samsung and HTC have begun offering some devices that support wireless charging, adoption of inductive charging has remained overall fairly slow in the technology market.

Inductive charging’s not the only game in town. A paper recently published by Microsoft’s research arm is investigating a contactless power system called AutoCharge that replenishes your battery via a beam of light. 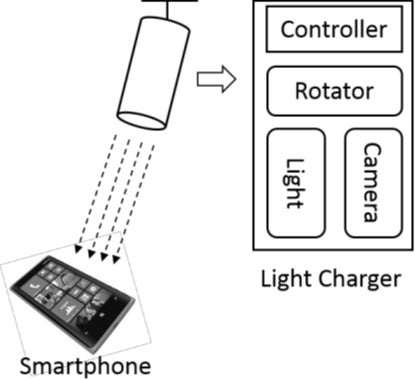 Microsoft researchers have proposed a system, dubbed AutoCharge, that can charge smartphones with a beam of light.

While that might sound science-fictionesque, it actually relies on a pretty mature technology: photovoltaic cells, the kind used in solar panels. The cleverness comes in the charging hardware, which uses a camera to detect when your phone is put under it, and then shoots a directed beam of light at the device.

This technology is in a pretty early stage, so it’s unlikely to hit the market anytime soon. For one thing, it requires photovoltaic cells to be either built into devices, or for third parties to offer add-ons that provide that functionality. And because you can’t necessarily count on people to remember to put their phone down with the panels facing up, you need to build those photovoltaic cells into both sides—which means, yes, the side with the screen in it. That’s a further limitation, as transparent panels are less efficient and require smartphone manufacturers to adopt them, which they’re unlikely to do unless wireless power catches on…which is unlikely unless the manufacturers build in support for it. You see the problem.

Another option for charging via light is lasers. Really, is there anything lasers can’t do? Being a form of light, lasers obviously contain energy. Point it at a photovoltaic cell and you can turn that light into power, no problem. Plus, lasers are compact, don’t suffer from interference, let you send power over long distances, and can be selectively targeted.

But they also require a direct line of sight, have a low efficiency, and a powerful laser can blind, burn, or kill you. So for the moment, the only thing you should use lasers to power in your house is the activities of an energetic kitten. 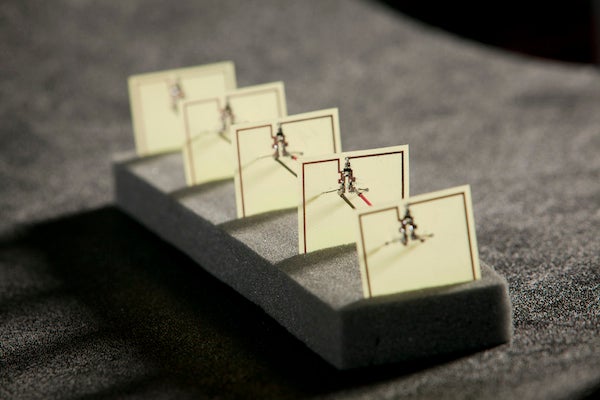 A team of scientists at Duke University are working on collecting energy from ambient microwaves and radio waves, using an array like this, but it captures only very small amounts of power.

And now for something completely different. While it’s still in early phases, a technique called “energy harvesting” takes a distinct approach from other methods. Energy harvesting relies on the power that’s already all around us, carried in the microwaves, sound waves, and radio waves that pass through the air constantly these days. Researchers at Duke have achieved efficiency at levels similar to solar power. A University of Washington professor is taking things a step further, working on devices that can use that harvested energy to eschew batteries altogether.

Surprise: There are limitations to this technology, too. Those ambient waves contain only a small amount of power, and as such as are currently only suitable for very small and simple devices, such as wireless sensors. The days of charging cell phones, computers, and more complicated devices with collected power are likely still quite a ways off.

Microwaves can also be directly harnessed to send power from one place to another. (This approach may be familiar to anyone who played some versions of the SimCity series.) Microwave power is a proven technology, but it’s unlikely to be the kind of thing that you use in your house, since it currently requires heavy duty equipment—like a receiving array that’s 10 kilometers in diameter.

Wires Are Here To Stay, For Now

Wireless charging seems likely to remain more of a novelty than a widespread technology, for now at least. And truly wireless power—devices that can remain charged simply over the air—is still pretty much the stuff of science-fiction. While charging your devices might get easier thanks to technologies like inductive coupling, light beams, or energy harvesting, none are likely to make a huge change in our lives. But there was a time, too, when wireless networking seemed like magic, and now we take our Wi-Fi and cellular networking for granted every day. Some day, we might begin to think the same about power.