Meet The 7-Foot Lobster Centipede Of Your Nightmares 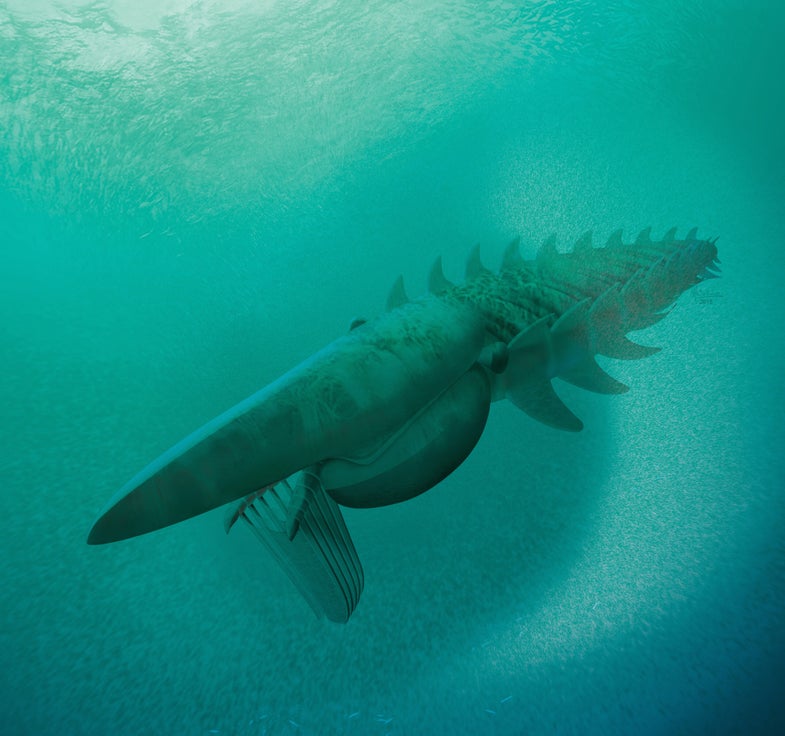 Behold the visage of this 7-foot long, 480 million-year-old Aegirocassis benmoulae, a massive, segmented creature that is described as looking something like a lobster mixed with a centipede.

The fossilized remains of a spectacular Aegirocassis benmoulae found in Morocco were detailed in a Nature study published this week. The species belongs to a group of animals called anomalocaridids that are distant relatives of arthropods, and were poorly understood until very recently. This particular fossil is unusual in that it was preserved in three dimensions likely due to a storm or some other violent event that quickly buried the creature in the seafloor.

If you have any aversion to animals with segmented bodies and exoskeletons, this probably wouldn’t be your first choice of a swimming companion. But Aegirocassis benmoulae was a filter feeder who munched on plankton and used flaps along his segmented body to propel through the water.

Despite looking like a terror sent up from the creepy crawly depths, it is technically related to the lobster, and due to rigorous experiments we know humans are capable of eating bugs. So, the only question now is how many buckets of drawn butter would we need to go along with this guy?