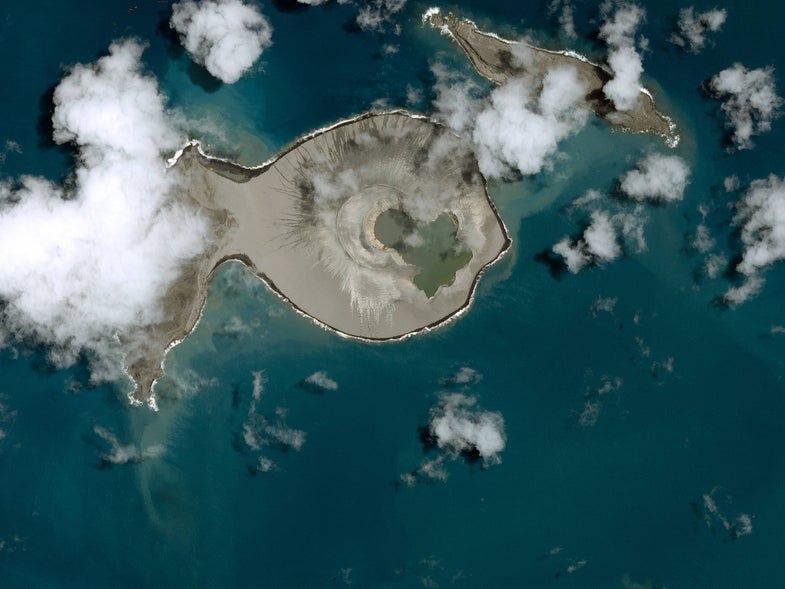 There’s a new island in the Pacific Ocean, thanks to an underwater volcano eruption that’s been going on for the past month.

The new island is in the Tonga archipelago–a group of islands southeast of Fiji. Scientists discovered it on January 16, about a month into the volcano’s eruption. The volcano, called Hunga Tonga, has since stopped erupting.

The island is mostly made of ash and formed around the crater of the volcano, measuring a little more than half a mile wide. The before-and-after images, from the Pleiades satellite, gives a clear picture of how far the ash spread, extending toward on of the two islands that border the underground volcano.

Underwater volcanoes create new islands pretty frequently. Most erode soon after formation, but some manage to become permanent. One of the most recent examples of a permanent island caused by an underwater volcano eruption is an island in Japan that began erupting in 2013. The island eventually joined up with the larger volcanic island Nishino-shima.

Geolgists expect the new Tonga island to erode in a matter of months. 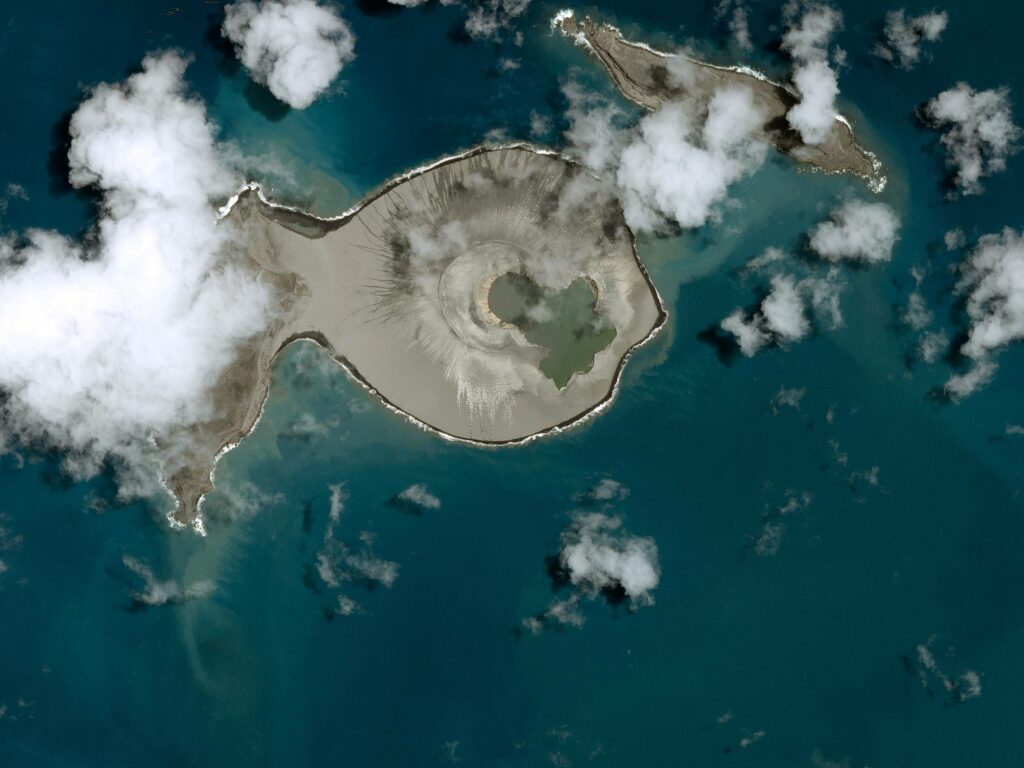