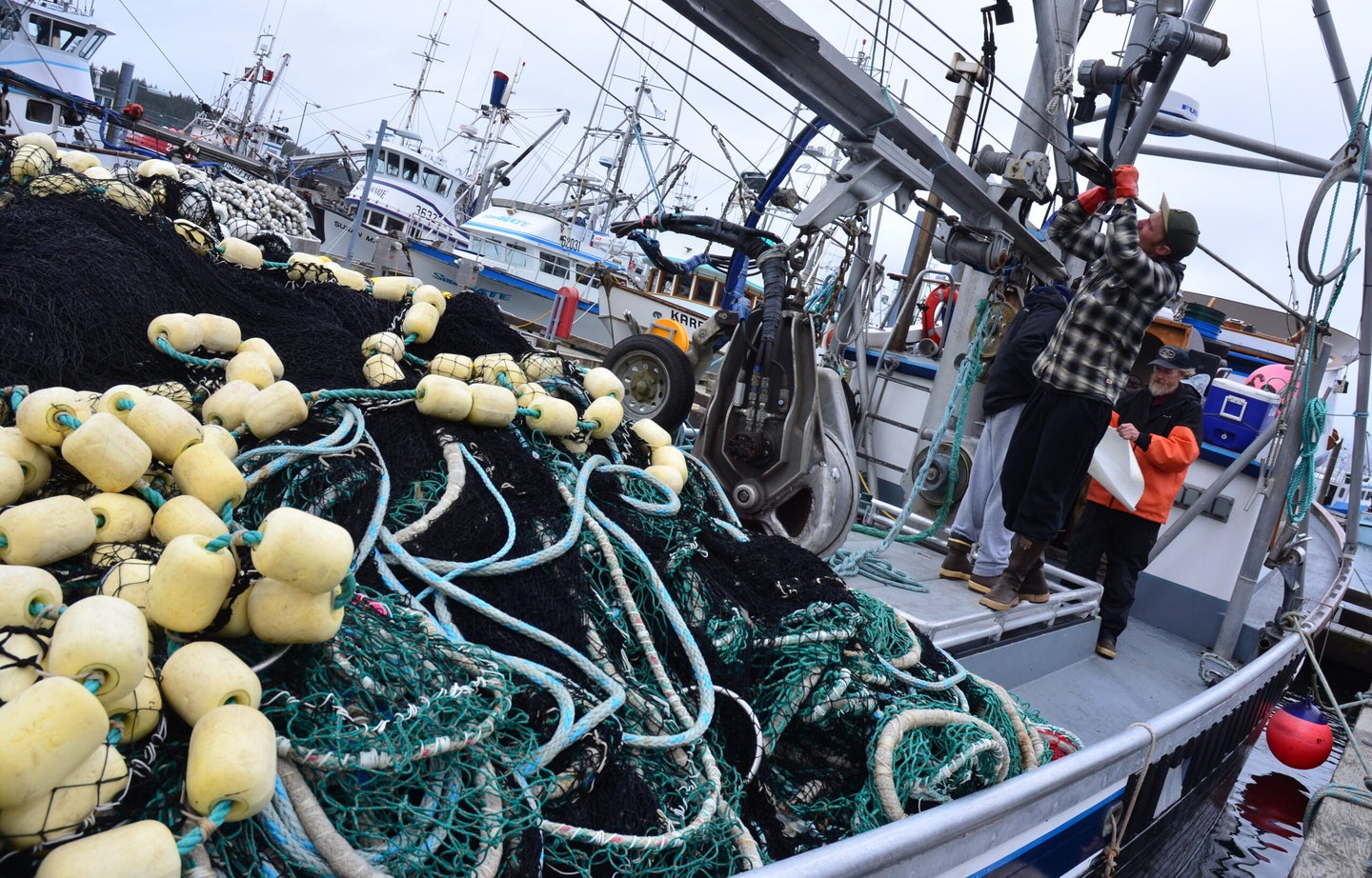 There may be plenty of fish in the sea, but we’re also taking plenty of fish out of the sea. New research suggests that we humans have been catching far more fish than we’re admitting.

In a paper published today in Nature Communications, researchers found that while the quantity of fish caught annually did reach its peak in 1996, that peak was much higher than originally thought. Instead of pulling out 86 million tons of fish that year, we actually took 130 million tons of fish out of the oceans. Since then, those numbers have gone down, but not by as much as we thought.

Officially, the quantity of fish caught globally has declined by 1.2 million tons each year since the 1996 peak, but the paper’s authors found that really, we’ve only been reducing that massive number by 0.38 million tons per year.

The researchers findings go directly against the official records kept by the Food and Agriculture Organization of the United Nations. The FAO keeps track of how many tons of fish are caught each year by asking countries to report the amount of fish caught every year, which they do. But that only accounts for the official catch on commercial boats, not fish caught by illegal fishing operations, or caught for food and not reported to the government, or even the bycatch, unwanted animals and fish that get swept up in commercial nets and are discarded before they make it back to port. All those little omissions add up to a gaping hole in the data.

In order to get more accurate records, the authors went country by country, teaming up with other researchers to create an independent count of the number of fish taken by each nation. In the end, the estimated numbers were much higher than the official count, but the researchers are confident in their work.

“In reality, given that our country estimates are independent (we made sure of that), some will be too high, some too low and things will cancel out, and thus generate narrow confidence intervals,” Daniel Pauly, one of the authors, told Nature.

In a related study a few years ago, Pauly found that China was dramatically underreporting the amount of fish caught overseas, particularly in West Africa. The high numbers of fish caught could cause local countries to stop issuing fishing contracts, and severe declines in fish stock can cause fisheries to close entirely.

The large amount of fish being taken from the oceans are having an impact. A recent study found that over half of the oceans’ population has disappeared in the past 45 years. Some of that horrific decrease is also due to habitat loss and environmental changes, but fishing has definitely played a role.