Eating sustainably may mean skipping the lobster for now

Lobster fishing can seriously injure whales—so the crustacean has been 'red-listed.' 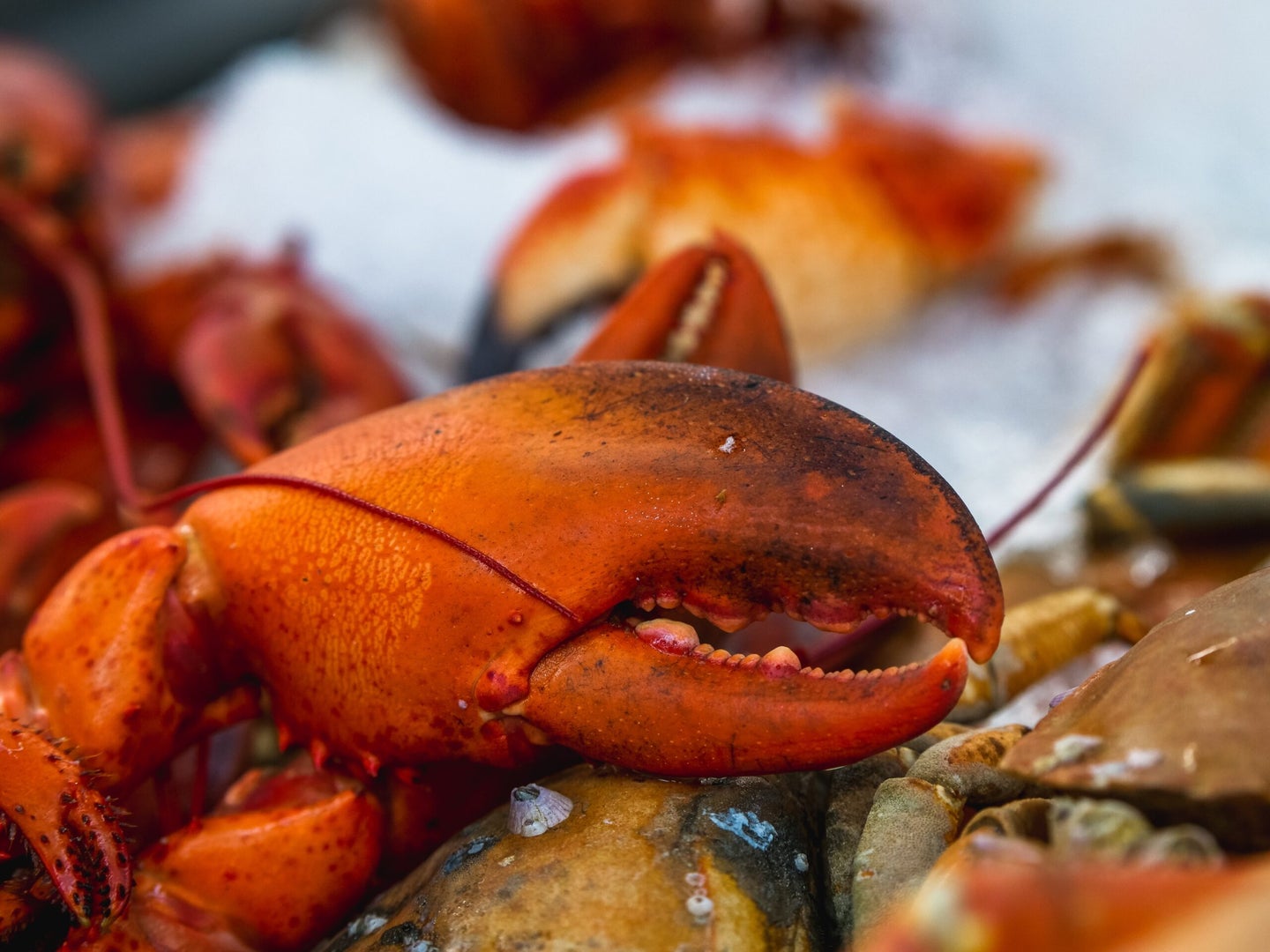 American lobster caught by pot and gillnet should be avoided, according to Seafood Watch. Pexels/Kindel Media
SHARE

It’s lobster season right now in New England, but this year it might be more of an event for endangered whales than for foodies.

The North Atlantic right whale (NARW) has been migrating over 1,000 miles from Florida to calve and Canada to feed for thousands of years. Razor toothed predators like great white sharks or orca attacks haven’t been their biggest threat over all that time. Instead, it’s been human activity from commercial whaling (now banned), vessel strikes, and certain types of fishing. There are currently fewer than 340 NARWs remaining and the population has dwindled by 28 percent over the past 10 years.

In an effort to try and save these whales, Monterey Bay Aquarium’s sustainability guide Seafood Watch has placed American lobster caught by pot and gillnet on a “red list” of seafood to avoid due to the threat lobstering poses to this critically endangered cetacean. Some other red listed seafood include European anchovies, wild-caught cod from both the US and abroad, and Atlantic rock crab.

In a press release, Seafood Watch stated that it reviewed all available data on the issue and gathered input from scientific, government, industry, and conservation experts and through a public comment period. “After reviewing all available scientific data, as well as existing legal requirements and regulations, Seafood Watch determined that current Canadian and US management measures do not go far enough to mitigate entanglement risks and promote recovery of the North Atlantic right whale. As a result, Seafood Watch assigned a red rating to those fisheries using pots, traps, and gillnets.

[Related: Post-pandemic seafood could be more sustainable. Here’s how tech is driving the change.]

Seafood Watch also cited a US court decision from June which determined that the National Oceanic and Atmospheric Administration (NOAA) violated the Endangered Species Act and the Marine Mammal Protection Act by “failing to quickly reduce impacts to the North Atlantic right whale.”

In addition to being struck by ships, entanglement in fishing gear used to catch crab, lobster, and other species is hurting NARW populations. According to NOAA, their migration route is littered with more than 1 million vertical lines from pots and traps, 622,000 of which in US waters. The ropes from fishing gear can become embedded in a whale’s skin, weighing it down and preventing it from swimming or feeding properly. In 2020, there were 53 large whale entanglements confirmed in the US and more than 80 percent of NARWs have been entangled in fishing gear at least once.

The Maine lobster industry is worth an estimated $752 million and this new designation has raised concern from the state and fishing industry. “Seafood Watch is misleading consumers and businesses with this designation,” said Governor Janet Mills in a press release. “Generations of Maine lobstermen have worked hard to protect the sustainability of the lobster fishery, and they have taken unprecedented steps to protect right whales—efforts that the Federal government and now Seafood Watch have failed to recognize. No right whale death has been attributed to Maine gear, and there has not been a right whale entanglement attributed to Maine lobster gear in eighteen years.”

[Related: Whale-monitoring robots are oceanic eavesdroppers with a mission.]

In an interview with the Portland Press Herald, executive director of the Maine Lobsterman’s Association said, “Lobster is one of the most sustainable fisheries in the world due to the effective stewardship practices handed down through generations of lobstermen. These include strict protections for both the lobster resource and right whales.” The association has been involved in protections since the late-1990’s.

Some conservationists and scientists praised the decision. “For every North Atlantic right whale calf that is born, three right whales are estimated to die,” senior scientist and Veterinarian in the Biology Department at Woods Hole Oceanographic Institution Michael Moore tells PopSci. “Thus, recovery of the species will require not only minimal mortality but also increased reproductive health.”

“The Seafood Watch listing has significant potential benefit,” Moore adds, “even in areas where whale densities are relatively low.”

But this doesn’t mean customers have to give up their lobster-filled favorite foods. “Consumers should seek low risk of entanglement for their trap caught seafood,” he says, “such as areas only open to on-demand fishing (aka Ropeless), where entanglement risk is minimized, while still enabling trap fishing.”