Arctic Report: How To Sell A Single Fish To 11 Different Countries

Good for a helluva lot more than just fish sticks 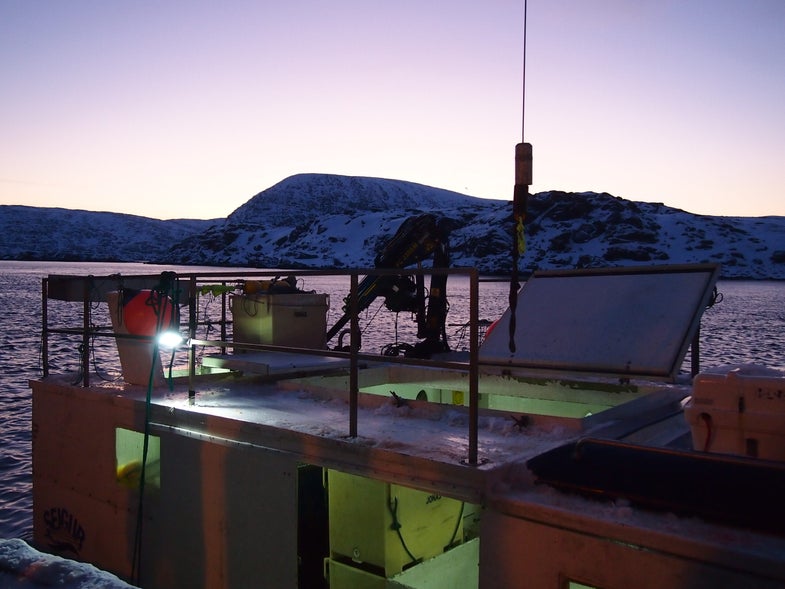 A boat pulls up to the dock. It’s a long-liner, meaning the owner, an Icelander by the name of Jani, uses long lines and hooks to bring fish up from the seafloor, between 100 and 1,000 feet down. Jani’s boat has 16,000 such hooks, which take two and a half hours to put out and another 8 hours to pull in. All said, he can haul in about 11,000 pounds of fish a night.

I’m on the dock, waiting to see what today’s catch looks like. I’m traveling the northern Norwegian coast with a group of journalists from Denmark, Canada, Germany, Italy, and the Netherlands to see how climate change is impacting industries in the Arctic. Fisheries is our first stop, and here, sustainability is key.

The three workers aboard the small fishing boat went out about 5 PM last night and haven’t slept since. It’s now 9 AM. Most days are 18 hours long, and the workers spend 211 days a year at sea.

The Business of Fish Guts

Jani’s is one of 70 or 80 boats that supply fish to a local filleting company called Tobøfisk. Mostly the company processes cod, but also some haddock, saithe, and a few others, like catfish. The plant is located in the village of Havøysund, population 1,003. On the very northern tip of Norway, the village is alone on an island of only 3 square miles. Tor-Bjarne Stabell, the co-owner of Tobøfisk, says he not only knows everyone in the town, but he knows them well. 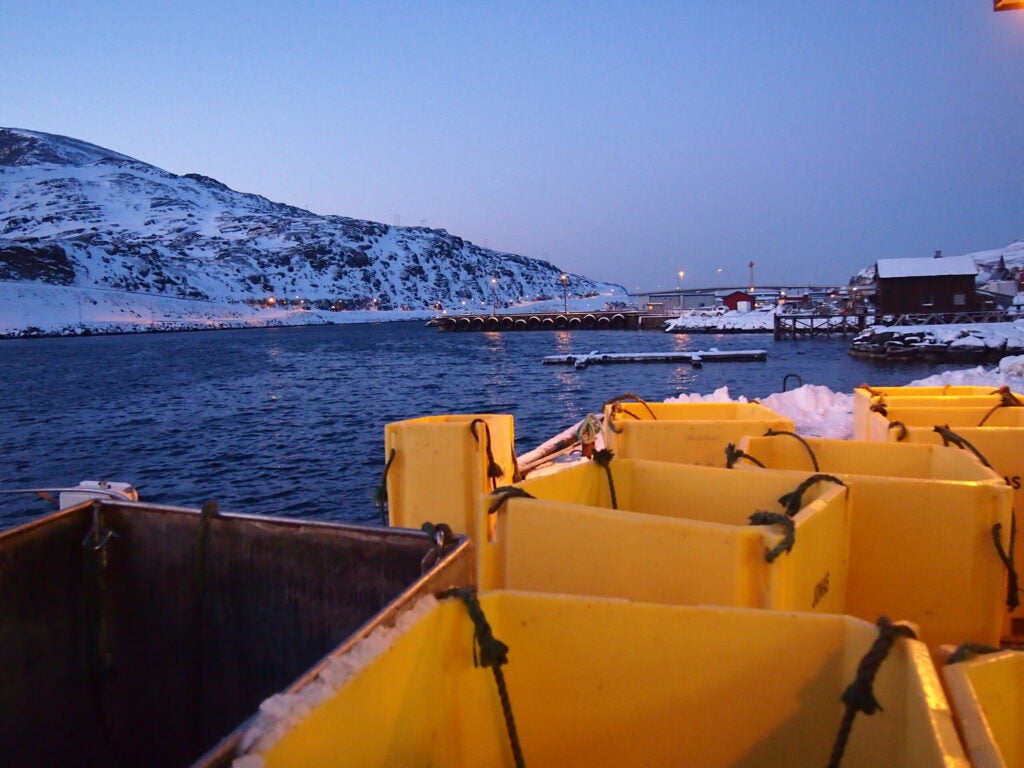 Containers on the dock await the day’s catch.

Stabell and his business partner Børge Johansen bought the plant after three bankruptcies and some fishy Russian criminal activity back in the ’80s. Now, between January and June every year, Tobøfisk employs some 300 people around the clock to process 180 to 190 tons of fish a day, most of it cod. Their specialty is fillets.

What’s most interesting about their processing is that it doesn’t produce any waste. They’re unique in this space; while most people just toss their fish waste, Tobøfisk makes money off it in foreign markets. Every part of the fish is used, so an individual cod could end up in pieces in 11 different countries. In fact, Stabell is betting on this supposed waste for the company’s future profits. “In a few years, I feel there is more value than in fillets,” he says.

Tobøfisk has designed a processing line that sorts out the different parts so each can be collected and packaged separately. That took investment as well as vision. Most fish processing plants just seek out the valuable loin and other fillet meat, and they mocked Tobøfisk for saving its garbage. Now, though, the company has developed the infrastructure and tapped into the markets to export these newfound goods. 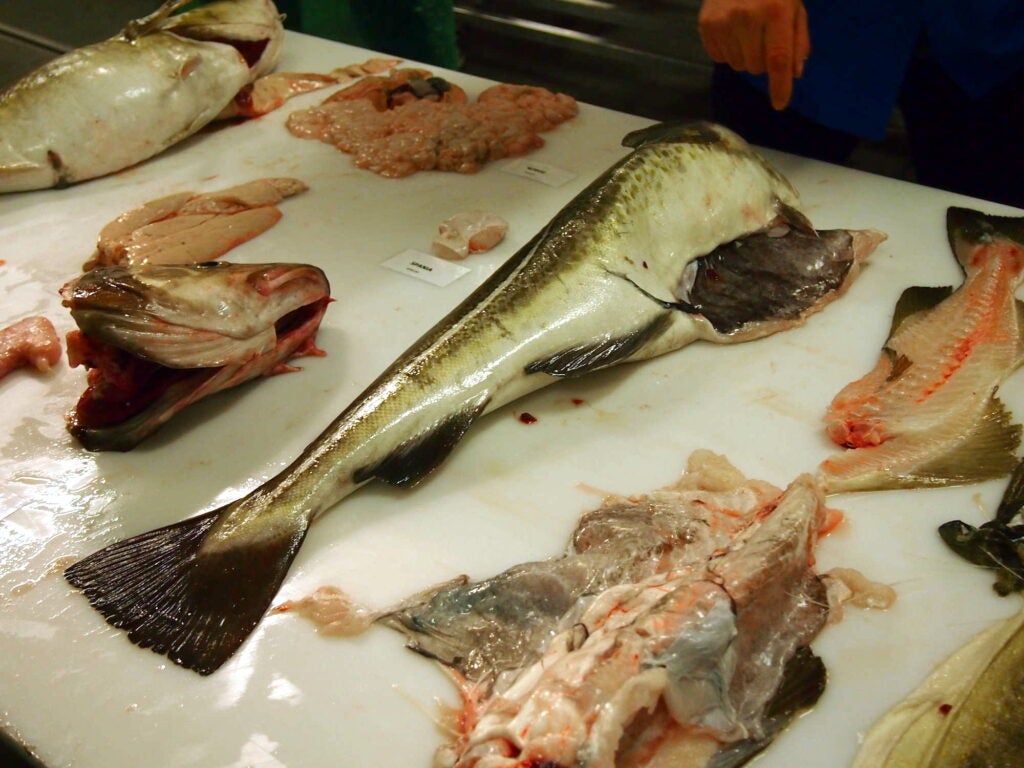 The various parts of the cod—all of which are exported for processing and consumption. 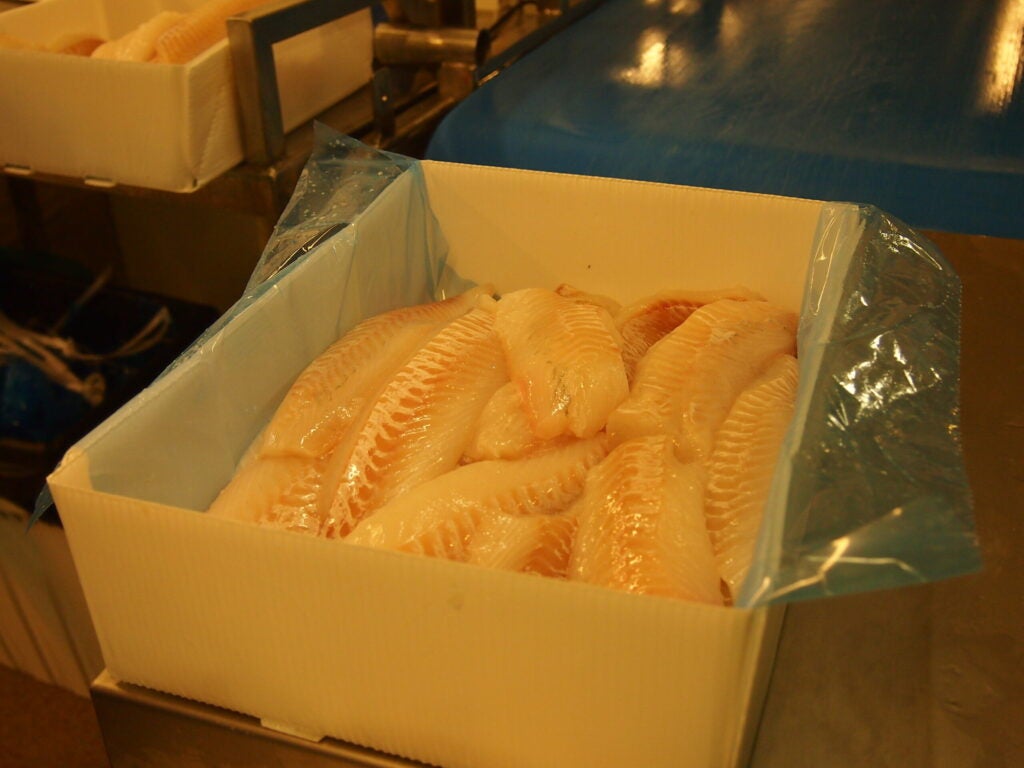 The loins are packed in iced and ready to be shipped right away. Some are driven as far as France. (For reference, it would take 38 hours to drive to Paris from the plant).

Since Stabell and Johansen bought the factory, their profit has been on the up and up (with the exception of the financial crisis in 2008/2009). And 2014 was a bumper year.

This is in large part due to Tobøfisk’s location on the Barents Sea. These coastal waters are warmed by the North Atlantic Current, which brings warm water up from the Gulf Stream and keeps the area ice-free year-round. It also makes the water extremely productive, biologically speaking.

According to the World Wildlife Fund, the Barents Sea is the last large cod stock left in the world. The cod run through this area during their annual migration.

“It’s a crazy fish,” Stabell says. A cod eats until it is so full that its stomach looks like a bowl of little fish when you open it up, he says. They can also go months without eating. 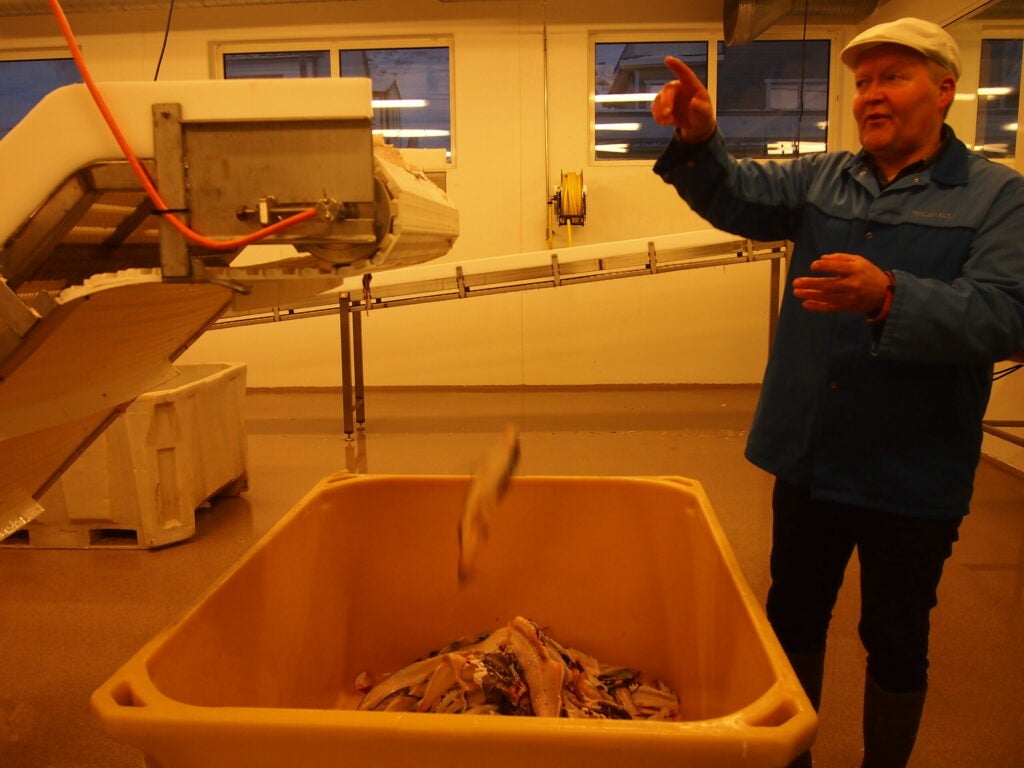 No part of the fish goes to waste—the skin, skeleton, head, and even the tongue are destined for a dinner table somewhere.

The Future of the Sea

While the global conversation on climate change and fisheries offers mostly gloomy forecasts, Stabell says he isn’t feeling the pressure yet. “They say the temperature has increased,” he says, “but we can’t see it.” So far the Barents Sea has continued to deliver cod to his doorstep, year after year.

Havøysund is experiencing a cold spell now, so the cod have not yet arrived. But Stabell isn’t worried. “When it comes, it comes,” he says, snapping his fingers. “It can be one or two weeks early or late, but it comes.”

He’s an optimist. You have to be, to buy a three-times-bankrupt fish processing plant in a town as small and isolated as his is. Even more so if you’re going to try to adapt your village’s main industry to a changing climate.