Why Do Animals Love To Play In The Snow?

Short answer: For the same reasons you do 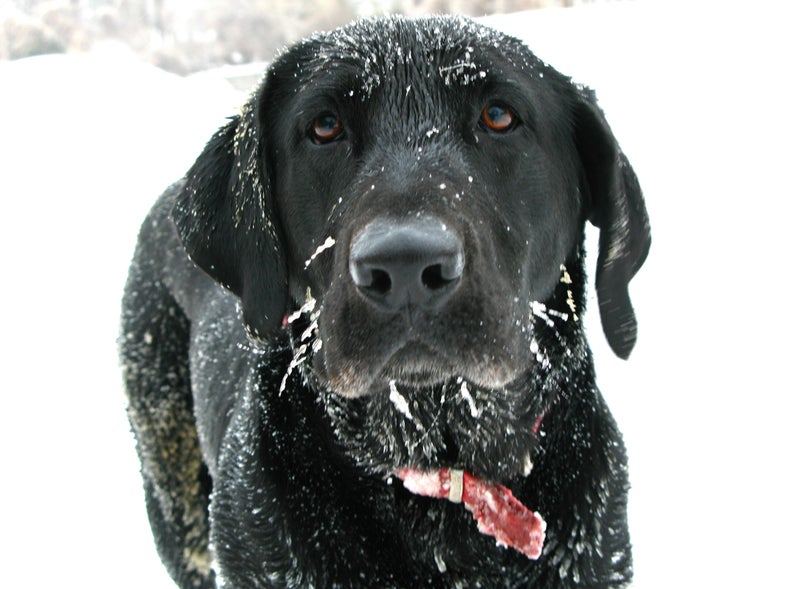 After every big snow storm you can expect to see at least one viral video of an adorable animal romping around in the fresh snow. Case in point, from #blizzard2016:

Fresh snow is irresistible to all kinds of animals. Foxes frolic in it; red pandas roll in it; dogs love to slide around in it. Even birds, it seems, like to go sledding:

We love watching animals play in the snow partly because that joyous romping looks so human. So what is it about a fresh snow that makes everyone go crazy?

There’s no straightforward explanation, but scientists think our love for snow is tied to our need to play.

The Importance Of Play

“The more we look at different animals, the more we learn that lots of animals enjoy playing,” says animal behaviorist Con Slobodchikoff from Northern Arizona University. “They enjoy making up games, and they enjoy playing them.”

Slobodchikoff does much of his research on prairie dogs. “When it snows they come up and run through the snow and tumble around, and trip themselves so that they fall down. They’ll wrestle, and slide down little hills on their butts.” (Sadly, he doesn’t have any videos.)

Scientists aren’t exactly sure why, but it seems that all animals, from humans to reptiles, have an actual need for play that’s almost as hardwired as the need to sleep, says Vint Virga. Virga, a veterinary behaviorist, wrote a book about the inner lives of animals.

Studies show that playing gives an animal greater chances of surviving and reproducing. Animals who aren’t allowed to play, on the other hand, are predisposed to be more aggressive or even violent.

Sometimes, the novelty of snow might be enough to inspire an animal to play.

“It may be that if the snow is novel, it may be stimulating some creative play in this new texture, this new blanket that’s over the world,” says Virga. He recalls working with a snow leopard in a zoo who seemed inhibited in his habitat, tending not to explore it. But on snowy days, he would go bounding out into his habitat. “With fresh snowfall or other dramatic changes in the environment, like a bright spring day, he seemed to engage in the world in a new way.”

The novelty of snow can make an animal feel curious about its environment, and stimulate him or her to see it in a new way. Plus, snow just feels good.

“Snow is cold, it’s invigorating, it’s energizing,” says Slobodchikoff. “It feels good on the skin or the fur. When you have that combination, and couple it with animals’ love for play, animals just really enjoy making up a game in this wonderful background.”

For Slobodchikoff’s old standard poodle, for example, snow meant an opportunity for new games. “He would run out and I would through snowballs, and he would just delight in going, ‘Where’d it go?’ He’d pretend to be really puzzled.”

These kinds of playful behaviors are a lot more likely if the snowfall is surprising—for instance, if it snows all night while the animal is snug indoors. If it’s just another snowstorm during a long winter, the novelty isn’t there, and the fresh snow doesn’t seem as exciting.

There are different kinds of play. There’s movement play, like in the panda video above. There’s social play, when they’re playing together. There’s imaginative or pretend play, like with Slobodchikoff’s poodle. And then there’s object play, where animals use toys. It’s possible that the animals are thinking of the fresh snow as a new toy to play with, says Virga.

Unlike sleep, which is pretty much uniform across all the members of a species, play styles vary depending on each animal’s personality. So while one panda might enjoy frolicking in the snow, another might not. It also depends on the animal’s comfort levels. Fresh snow might be terrifying to an indoor cat, but totally fascinating to a cat who spends a lot of time outdoors.

Are There Any Animals That Don’t Like to Play In The Snow?

Virga and Slobodchikoff had a hard time coming up with animals who wouldn’t flip out over fresh snow, because the urge to play seems almost universal. “Of the animals we’ve looked at, they pretty much all like to play,” says Slobodchikoff. “We know that fish like to play, and it may turn out that even bugs like to play, but we don’t know.”