Our stomachs have never turned more 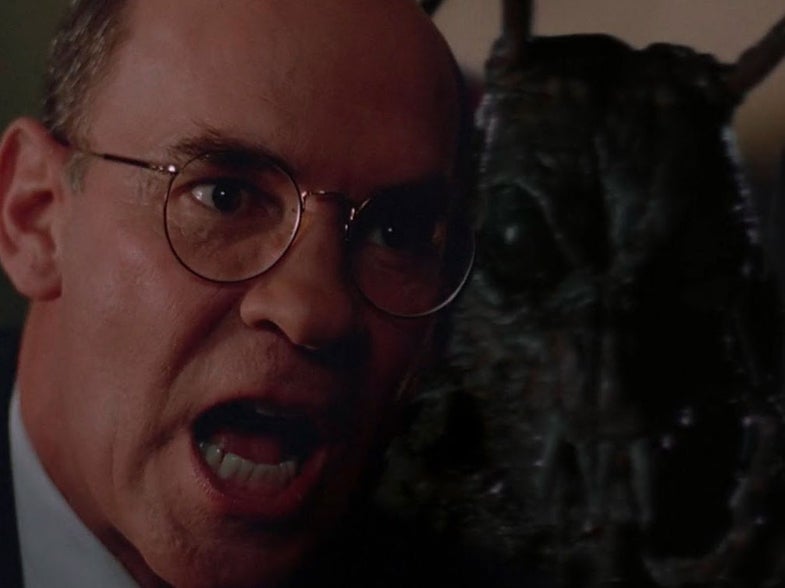 Many of the threats encountered on The X-Files are extraterrestrial, but even alien greys seem normal when compared to our world’s ten million insect species. The five best bugs from five of the best bug X-Files episodes. 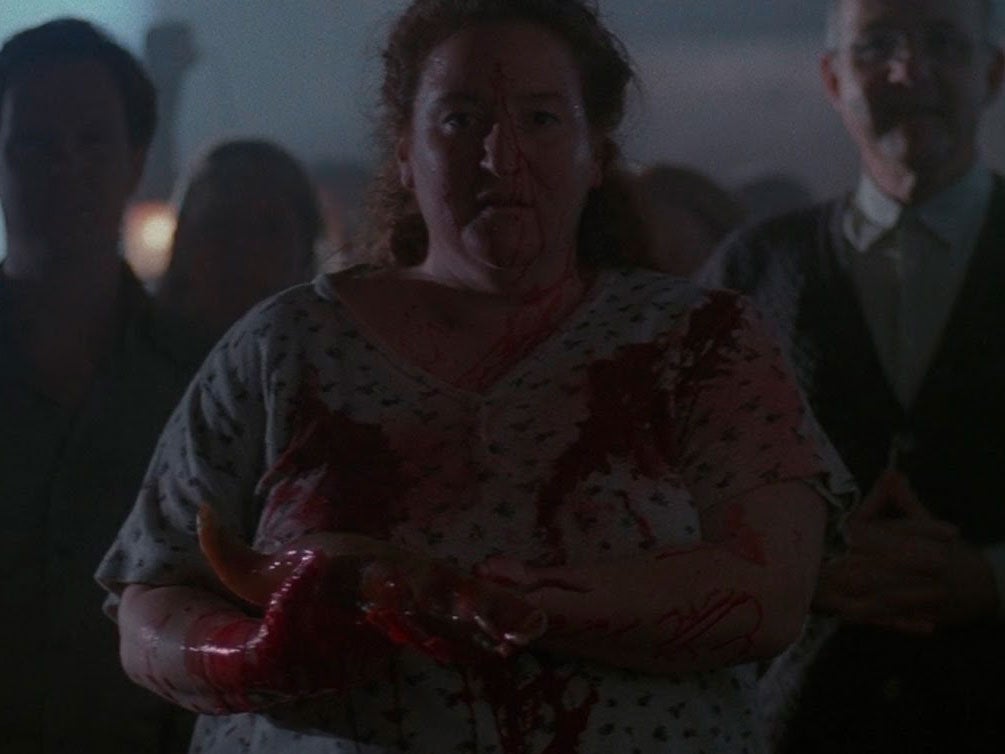 Desert cult? Check. Parasitic slugs? Check. Worshipping said slugs as the second coming of Jesus? Check. Add to the mix a kidnapped Dana Scully, and “Roadrunners” — one of the rare treats in The X-Files‘ post-Fox Mulder John Doggett days — is pure rural horror, right down to crumbling farmhouses and menacing local color. Sure, there’s nothing especially original about a brain slug — it’s not even the first X-Files episode to do it (see #3 on this list) — but Gillian Anderson throws herself into the role, sweating and writhing as a disgusting lump tries to make its way from her lumbar to her brain. Praise slug! 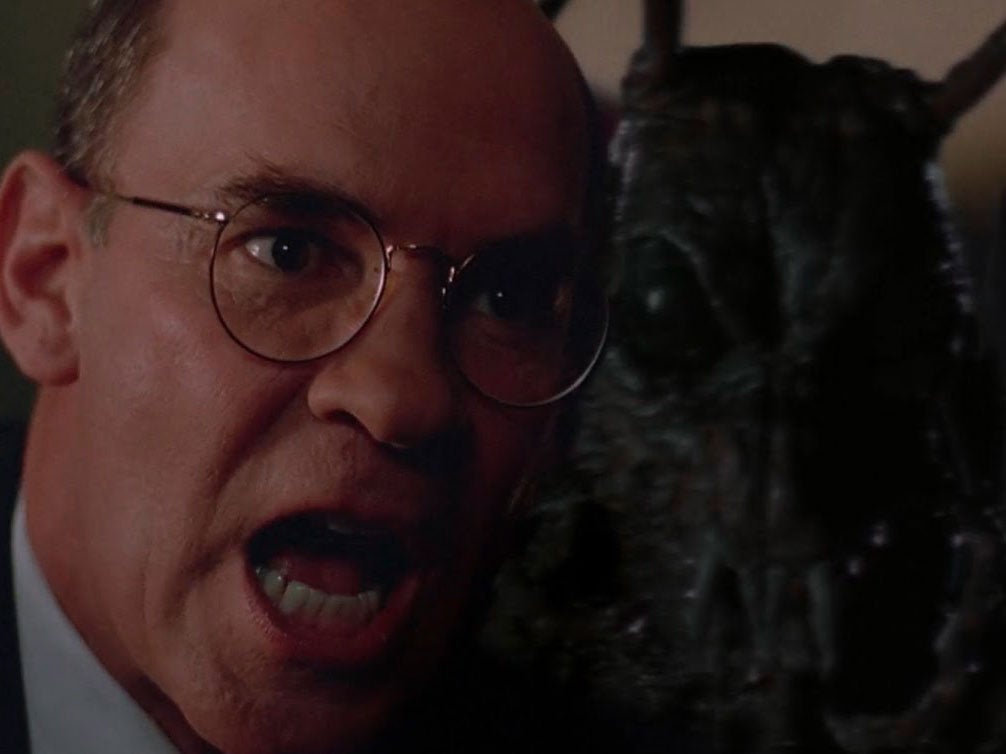 Mulder always a concrete theory for even the oddest of X-Files cases, but he is completely baffled by “Folie à Deux”‘s twist: Greg Pincus may look like a mild-mannered executive, but underneath he’s a giant insect who turns his victims into zombified drones. Once Scully confirms the reality of this monstrous bug, the agents are left with the disorienting possibility that they’ve slipped into a mutual insanity, and have crossed the human barrier into an even stranger world. 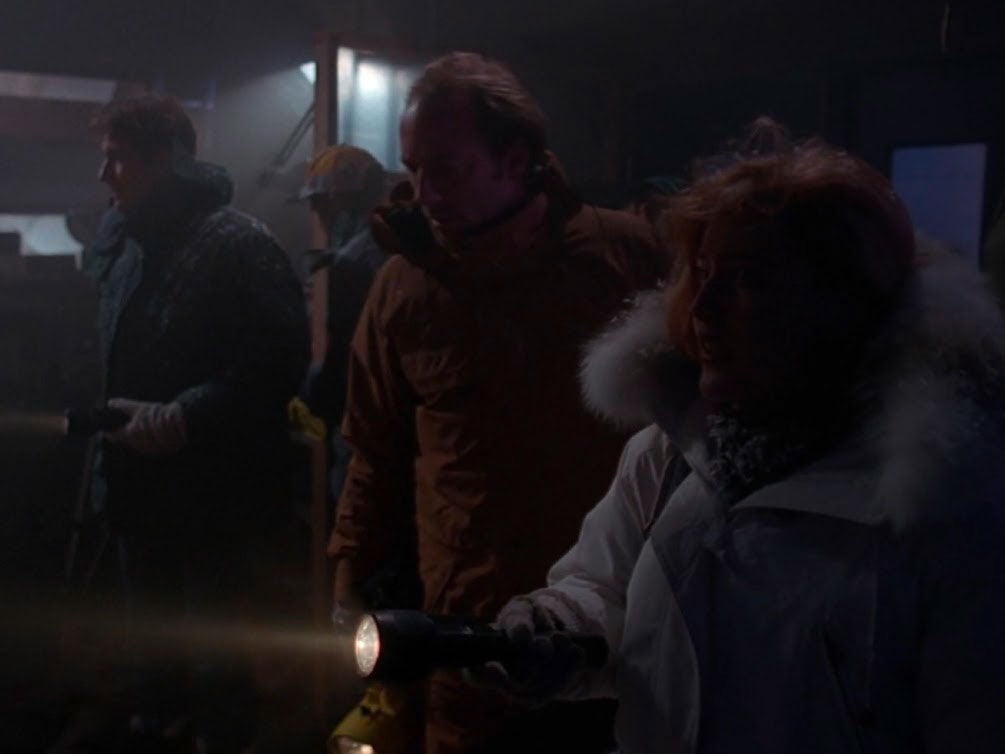 “Ice” pits our favorite FBI agents and a team of scientists stranded in the Arctic against an alien brain parasite. Events soon turn murky and violent, and the pressures of the group’s geographic isolation become indistinguishable from the effects of the mind-altering worm. It’s a neat meld — X-Files meets The Thing — and as a bonus, “Ice” features some fun geological and biological science babble that brings about a satisfying — if silly — end. What’s not to like about a worm vs. worm battle? 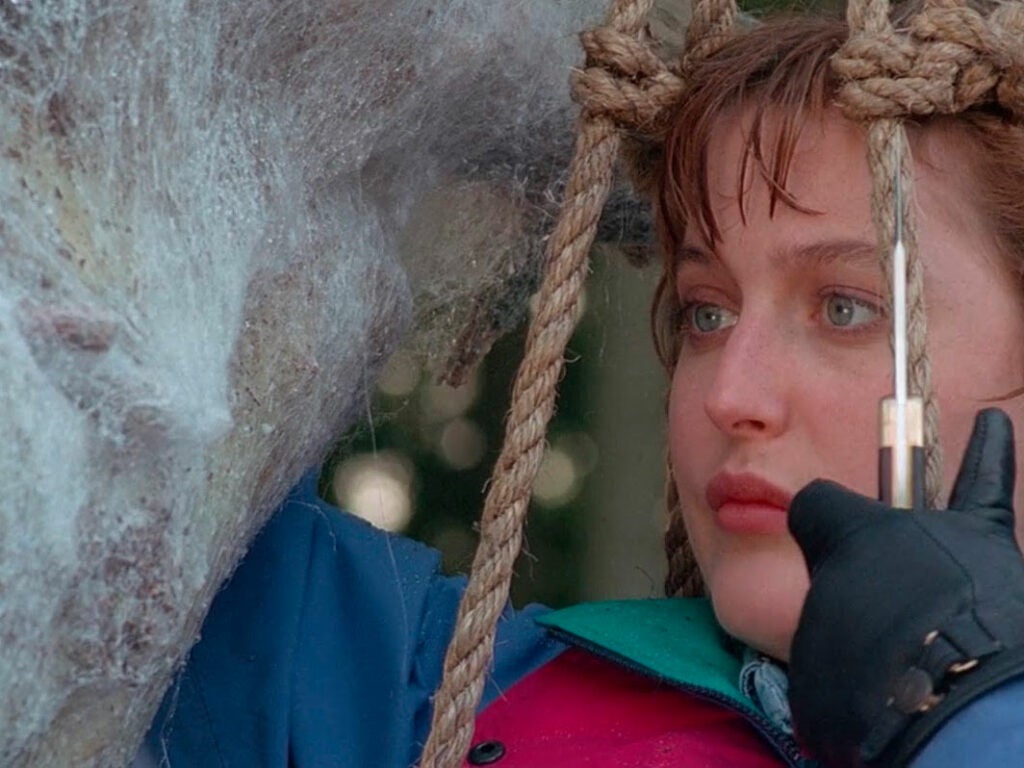 The sun setting, a team of loggers race down a mountain in an attempt to flee a mysterious threat. “Darkness Falls” feels less like an episode of The X-Files and more like a big-budget Syfy original movie. Soon Mulder and Scully are trapped on the same mountain, battling said threats — an ancient, glowing, swarming wood mites (and yes, they look as gloriously silly as they sound) that attack anyone who strays from the lighted cabin. Part of the disorienting fun of this episode is the abrupt transitions between heavy-handed environmental messaging and gooey shocks: the pesky wood mites dispatch their victims through mummification, forever entombing them in flossy cocoons. 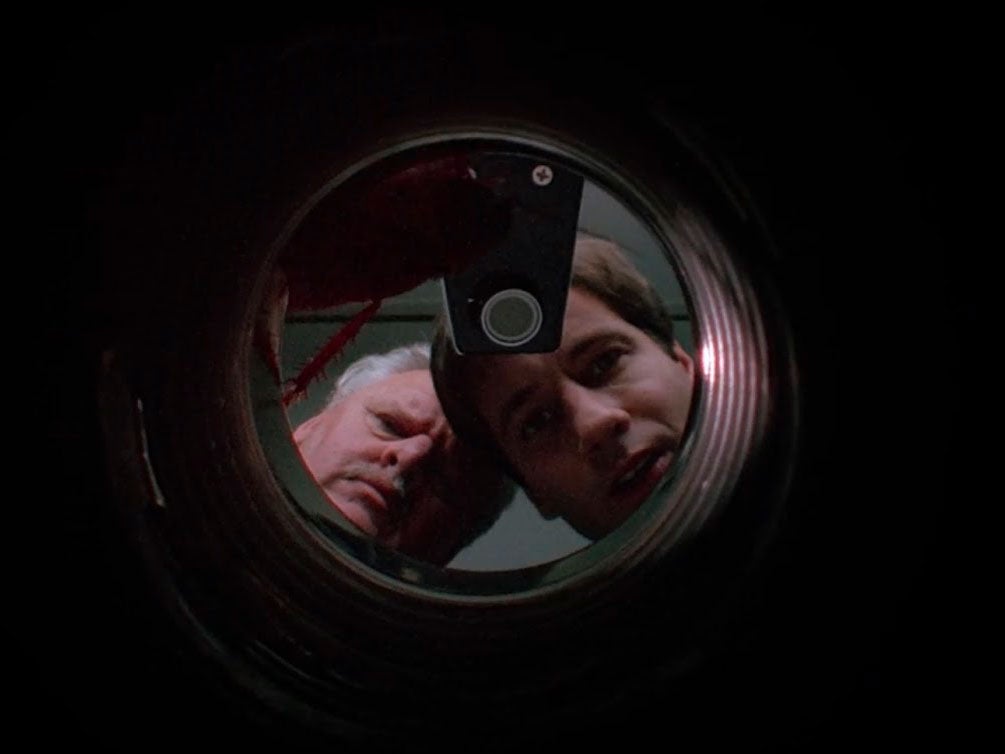 An episode that continues to terrify city dwellers. “War of the Coprophages” is loaded with vivid ideas and images: a cockroach with a metal exoskeleton, and the possibility that UFO sightings are actually swarms of electrically-charged insects. Mulder consults with both an entomologist and a roboticist, but is ultimately left mystified. He and Scully fail to uncover the link between the spate of deaths and cockroaches, leaving the ways of the insect world inexplicable.
aliens
bugs
Chris Carter
cockroaches
Dana Scully