The Problem with GMO Labeling 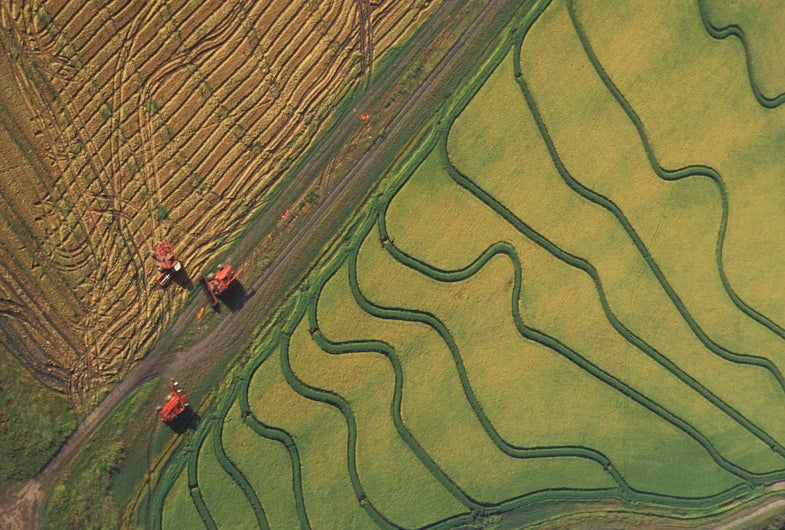 Congress passed the federal budget last week. One item that didn’t make it in was a last-minute rider that would have blocked states from mandating food producers to label products containing genetically modified organisms (GMOs). The proposed rider provoked a deservedly angry response from GMO labeling advocates, including music legends Willie Nelson, John Mellencamp, Neil Young, and Dave Matthews. The protest paid off. The rider was dropped from the budget.

I, like most consumers, want to make more informed decisions about the food I eat. Some 88 percent of Americans favor labeling foods containing GMOs. But if we’re going to use legislation to force food companies to provide more information, let’s make it more meaningful information.

There’s something not quite right about labeling something “GMO” or “nonGMO.” Folks in states that have passed labeling legislation—Maine, Vermont, and Connecticut—will know just one thing: that their food “may contain GMOs.” That label is way too broad, too vague, and ignores the actual traits introduced to the foods. The label prompts consumers walking through the grocery store to make one of two decisions: “yes” or “no” to bioengineering. I think that a world looking at a food crisis in the next 50 years requires a deeper level of understanding. We should be engaging with the traits themselves, not just the technology by which they were introduced.

GMO labeling activists have made the technology synonymous with a handful of traits that been heavily debated, particularly herbicide resistance. Celebrity chef Tom Colicchio singled it out in his editorial in the New York Times last week. This particular trait allows farmers to spray their fields with weed killer without affecting their crops. Since the introduction of herbicide resistance in 1996, farmers have embraced the trait because it makes weeding cheaper and easier. The debate boils down to the risks associated with herbicides, not the plants themselves. If the labeling debate were solely about human and environmental health, labeling advocates would start at the source of their concern—the chemicals. They don’t.

Meanwhile, bundled into the GMO label along with the more debatable plant traits are traits that seem far less contentious. I’ll list a few: soy beans high in omega-3s (common in fish oils) and low in saturated fats; crops tolerant of drought or salty soils; plants resistant to a host of crop diseases and blights; and the holy grail of them all, plants that might one day supply their own fertilizer. Perhaps grocery shoppers might reject the herbicide resistance trait. But they might embrace higher nutrition or grains that consume less water.

Ironically, today’s emerging plant biotech is about to sidestep the whole GMO labeling debate completely. Using the latest gene editing technologies, scientists can make tiny deletions and additions to a plant’s genome that look no different from natural mutations. For now, it’s looking like gene edited plants will fall outside the US government’s definition of GMOs, and therefore bypass regulation and the labeling debate. Herbicide resistance is one of the many traits that have been produced this way. If the debate doesn’t shift to a conversation about the traits themselves, consumers will remain in the dark.

I’m a fan of labeling, but only if it’s done properly. In 2005, science fiction writer Bruce Sterling coined the term “spime” as the product of the future. Along with the object itself, a spime would contain an accounting of the product’s history, who made it, where it’s been, its ingredients and all the relevant information about the things that went into it. The future of food needs that kind of accounting.

Last week, 30 food companies announced a plan to create what they call the “Smart Label,” a scannable code on packaging that consumers could use to get information about their food. It’s a crude first attempt, rife with challenges, but it’s a step in the right direction.

Rather than a printed “GMO” label, a code could potentially list the traits conferred to the plants, how they were conferred, what herbicides and pesticides were used on the plants, and more. I’d add the carbon footprint as well. I’m not the only one who has this vision.

One of the reasons why I created the Biodesign Challenge was to foster more meaningful conversation about how to adopt biotechnology. In January, New York City’s School of Visual Arts will be focusing on the future of biotech in food (check out our piece on professor Suzanne Anker). I hope you’ll join the conversation on social media.