I Plunged Into Freezing Water—And Survived To Tell The Tale

A new immersion suit claims it can keep you alive up to 24 hours in freezing water. So we tested it. 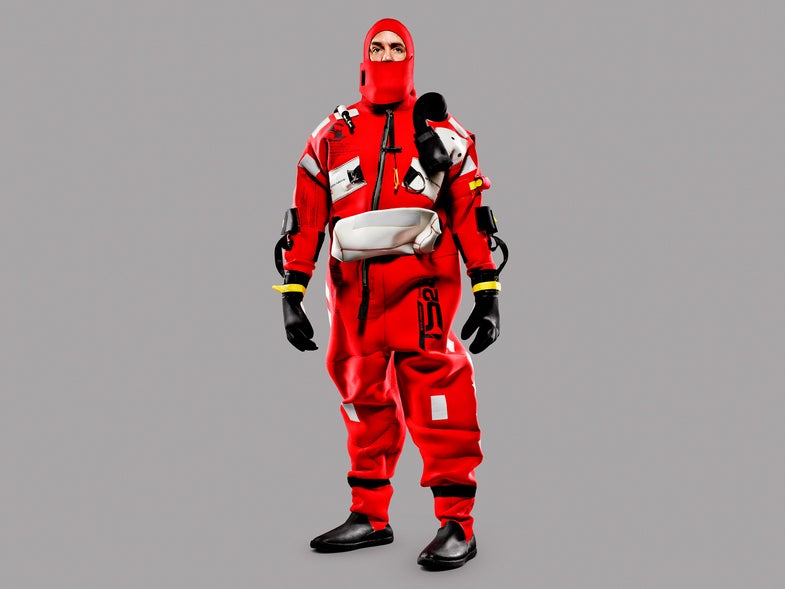 When a ship sinks at sea and you’re thrown into the water, hypothermia sets in quickly, so every second counts. An immersion suit is designed to buy you time. Constructed like a surfer’s wetsuit, it keeps you warm for up to three to six hours, until help (hopefully) arrives. Smart sailors and fishermen carry them and, when on a boat, so should you: Even a plunge into 50-degree water will induce hypothermia within 60 minutes.

But what if help is a long time coming? The Stearns I950 ThermaShield 24+ bills itself as the most advanced immersion suit made, one that can extend that crucial in-the-water survival window up to 24 hours, and keep you alive even in freezing (32°F) water. How good is this suit? I couldn’t leap from an arctic charter to test its outermost limits at sea. But I was able to try it in northern Vermont, in early November, with snow falling, and the water in Lake Champlain hovering at that 50-degree mark. So here’s what I did.

I went down to the dock, lifted the suit’s neoprene one-piece over my body, and threw myself in. I immediately bobbed to the surface and floated. The suit has enough buoyancy to support 330 pounds. (Let’s just say I’m about a third of that.) A large air pillow on the rear of the suit naturally oriented me to float on my back. Breathing into a valve on the right shoulder fills the air pillow. Breathing into a valve on the left shoulder circulates warm breath around the core (to protect vital organs), and then arms, hands, feet, and legs. 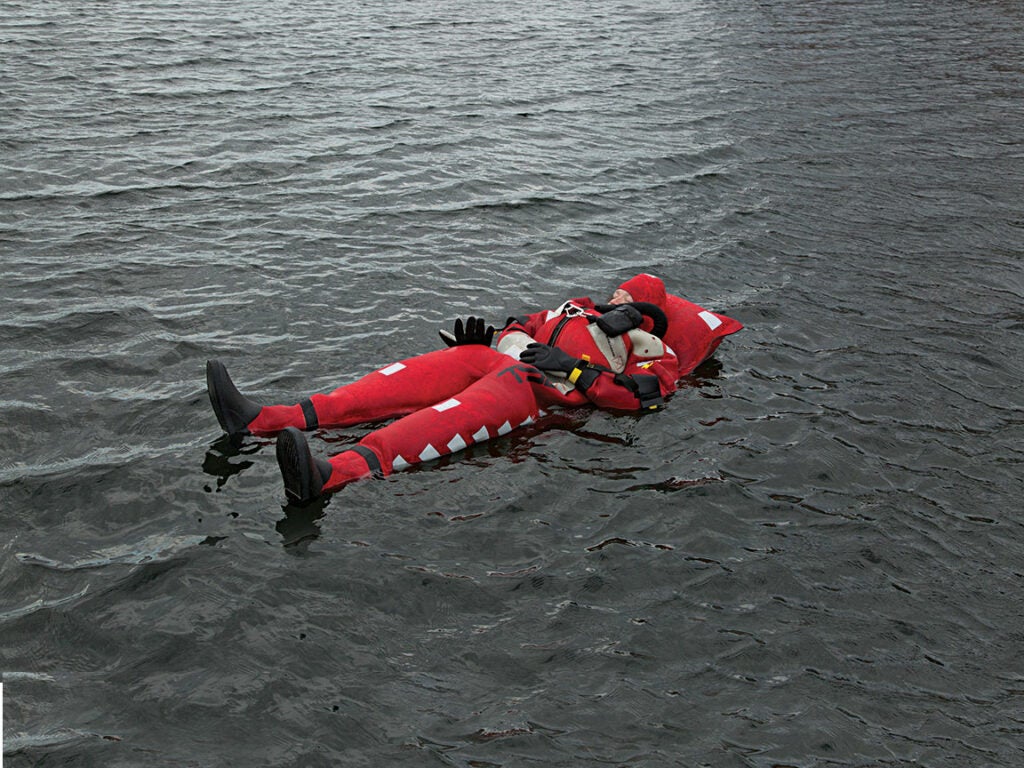 In addition to staving off hypothermia, the suit is fire-resistant. Thankfully, our reporter didn’t have to dodge any flaming wreckage.

The hood blocks sound, so I couldn’t do much but look at the clouds. More tube breathing made me warmer and more buoyant. My fingers got wet because I didn’t cinch the suit’s wrist straps. Those fingers got cold fast. But the suit’s designers foresaw this problem: Jam your hands in the hand warmer sewn onto the stomach, then back into the gloves, and they stay as warm as need be.

I floated like that for an hour, just long enough to (theoretically) get hypothermia. But I was fine. I had, however, floated several yards from shore, and swimming back was awkward: I managed a floundering backstroke back to the dock. While I am sure I could have floated all night, I’m glad I didn’t have to.