The moon is named for the sweet fruit, not its coloring. 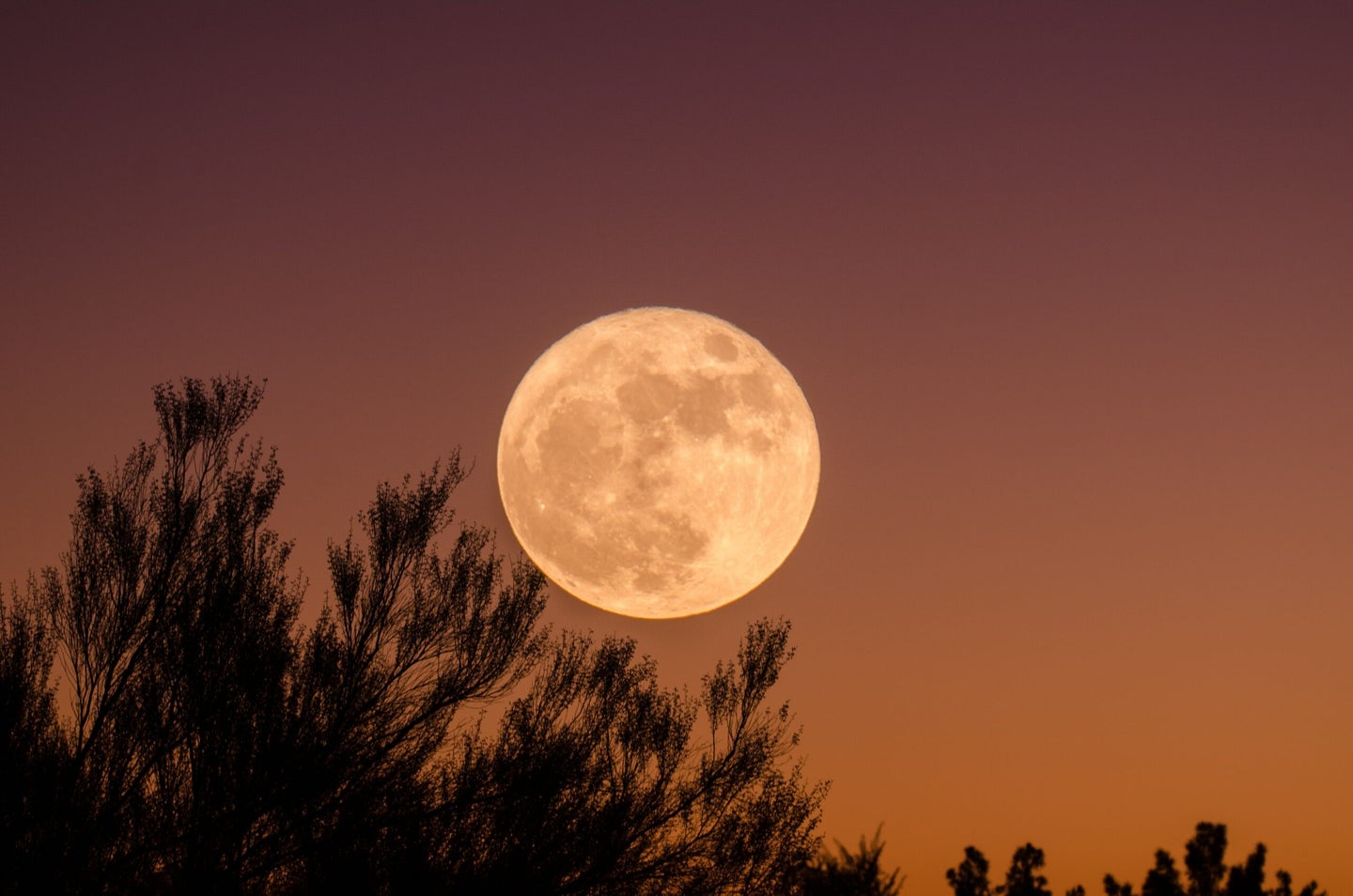 The first full moon of the summer season is set to grace the skies this Thursday. Read on to find out why some call this moon a supermoon, where its name came from and how to see the Strawberry Moon for yourself.

The path of the moon as it circulates the Earth is not a perfect circle, so the moon isn’t always the same distance away from us. We call the furthest point the apogee and the closest point the perigee. “Supermoon” refers to the slightly enlarged appearance of the moon whenever it’s closer to the Earth than average. Supermoons can also be up to 30 percent brighter than typical full moons, according to NASA, which is why they seem so imposing.

Although widely used, the term “supermoon” was actually the creation of the astrologer Richard Nolle in 1979, not astronomers, so its definition varies. As a result, there isn’t a consensus on how much closer the moon has to be in order to be considered a true supermoon. The guidelines proposed by EarthSky suggest any full moon or new moon that’s 224,791 miles or closer is a supermoon.

[Related: A pink supermoon will rise on April 26]

“For 2021, some publications consider the four full Moons from March to June, some the three full Moons from April to June, and some only the two full Moons in April and May as supermoons,” NASA’s Gordon Johnston reported. Either way, the Strawberry Moon will be closer to us than the average full moon and will appear slightly larger.

This is the final time a full moon will coincide with supermoon timing this year, but it’s not the closest the moon will get. In fact, the moon will hit its closest distance to us in December—we just won’t be able to see it. December’s perigee will coincide with the point in the lunar cycle where the moon is between the Earth and the Sun, with its illuminated face facing away from us.

Why does this moon have a special name?

Whether or not this week’s Strawberry Moon is a true supermoon, it still gets a special name. This is because its name is actually due to its seasonal timing in the lunar cycle. The strawberry moon is the full moon closest in timing to the summer solstice, which coincides with the strawberry-growing season in what’s now the northeastern United States and parts of northern Canada. The full moon that marks this season was originally named by the indigenous Algonquin, Ojibwe, Dakota, and Lakota peoples, among others, that lived on these lands to honor the harvest of the sweet fruit, according to the Farmer’s Almanac.

[Related: How to photograph the moon like a pro]

Unfortunately, the Strawberry Moon’s color won’t match its name. Instead, it will appear a warm golden color, as Jackie Fahey, an astrophysicist with the American Museum of Natural History, told NPR. “It can have a tiny bit of a red tinge to it depending on what’s in the atmosphere, but mostly it will look like a nice yellow,” she says.

How and when to see the Strawberry Moon

The Strawberry Moon will be completely full for just a moment on Thursday, at 2:40 p.m. ET (1840 GMT). However, it will appear full to the casual observer roughly from Wednesday to Saturday.

To observe and photograph the final full-moon supermoon of 2021, you can find your exact local moonrise and moonset times using timeanddate.com. If inclement weather disrupts your view, astrophysicist Gianluca Masi, founder and director of The Virtual Telescope Project, is hosting a virtual livestream of the Strawberry Moon rising over Rome at 3 p.m. ET (1900 GMT) on Thursday.