How Apollo Didn’t Go to the Moon and Other Stories

For most of us, the Space Race is a familiar story. The Soviet Union shocked America when it launched history’s... 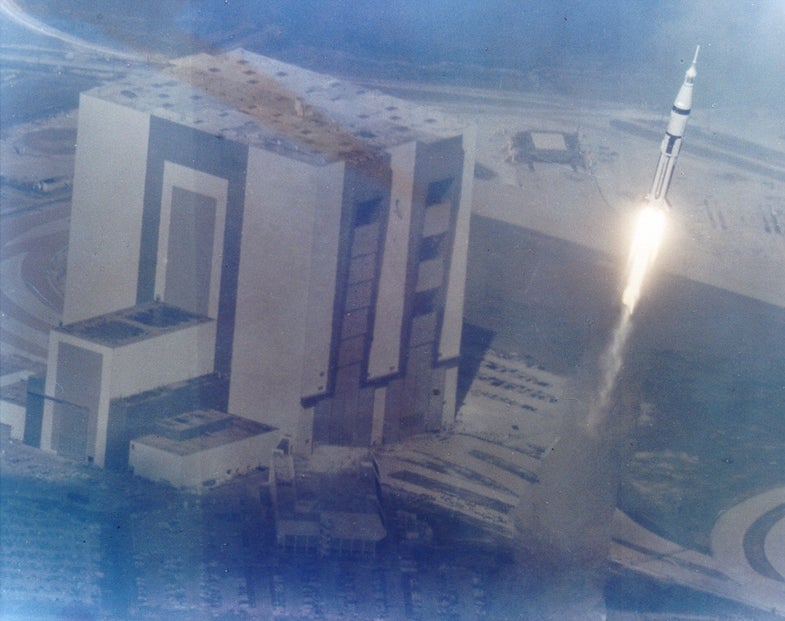 For most of us, the Space Race is a familiar story. The Soviet Union shocked America when it launched history’s first satellite, Sputnik, in 1957, kicking off a race between the two superpowers. First came the race to get a man in space, one the Soviets won with Yuri Gagarin’s orbital flight in 1961. Then came the American-induced race to land a man on the Moon. From the Mercury through the Gemini and Apollo programs, NASA launched increasingly sophisticated missions as it worked out how to realize this goal. The Soviet Union, despite its early lead in space, couldn’t keep pace once NASA got going. The United States won the race to the Moon when Apollo 11 astronauts Neil Armstrong and Buzz Aldrin walked on the Sea of Tranquility in 1969.

From cursory overviews to in depth accounts, popular histories of the Space Race tend to tell it as a linear story. But NASA’s path to the Moon wasn’t perfecly linear and the way forward was never as clear as these histories might suggest.

Peeling back the familiar narrative reveals a very different NASA. When, in 1961, President Kennedy committed the United States to a manned lunar landing within the decade, NASA was less than three years old. Suddenly this fledgeling agency, which hadn’t yet put a man in orbit, had to figure out how to get him all the way to the Moon. Managers and engineers had only the vaguest idea of how to manage the task, and even then opinions on the best way forward were divided.

Evolution of the Apollo Lunar Module

The ensuing decade saw arbitrary decisions and informed guesses alike shape not only the Apollo program but the landscape of spaceflight. As Apollo developed, it left a trail of unrealized technologies in its wake like single-man space planes and paraglider landing systems for capsules. Mission profiles, too, were abandoned in the name of beating the Soviet Union to the Moon. Some would have slowed NASA down, like the plan to build an orbiting space station from which to launch lunar mission. Others, like the proposal to send men to the Moon and have them wait until NASA could figure out how to get them home, were far too risky even in a Cold War setting. In almost every case, the technologies and missions NASA pursued cut off paths spaceflight might have taken.

The story gets better moving beyond Apollo. In the years before Sputnik’s launch, spaceflight’s prehistory as it were, visionaries were planning and studying serious mission to the Moon and our neighbouring planets. Equally ambitious proposals for interplanetary missions and construction of a space station emerged as possible post-Apollo goals for NASA, plans that were realized though on a smaller scale than they were originally envisioned. And exploring the Soviet side of the Space Race adds another layer to the story. Taking the two programs side by side illustrates how little was known about spaceflight in the early space age, how each country’s politics influenced its space program, and how each national space program influenced the other, often with fascinating results.

Vintage Space is about uncovering the details of this multifaceted history, telling the uncommon stories that not only make the whole narrative more interesting but also help paint a complete picture of the early space age. This blog began three years ago, both as an excuse for me to explore the history that has fascinated me since grade school and as a way to share this history with follow Apollo enthusiasts eager to know more than the common stories. For those who know Vintage Space, nothing about my blog will change now it has a new home. And for those who don’t know Vintage Space, my full archive is available on my website.