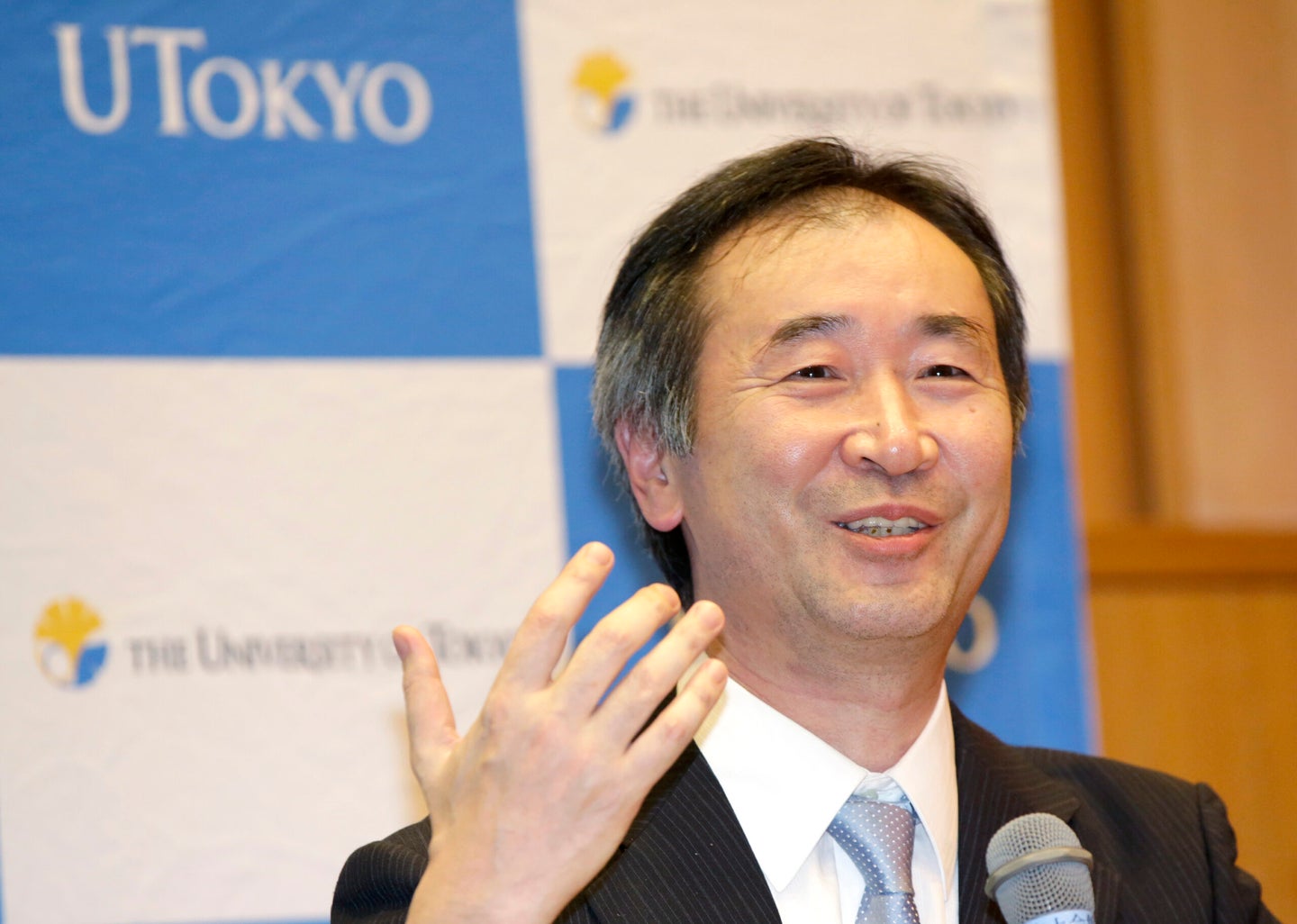 Takaaki Kajita of Japan, director of the Institute for Cosmic Ray Research and professor at the University of Tokyo, speaks after learning he won the Nobel Prize in physics at the university in Tokyo, Tuesday, Oct. 6, 2015. Kajita and Arthur McDonald of Canada won the Nobel Prize in physics on Tuesday, for the discovery of neutrino oscillations. (AP Photo/Eugene Hoshiko). Eugene Hoshiko
SHARE

This in morning in Stockholm, the Royal Swedish Academy of Sciences (Kungl Vetenskaps Akademien) awarded the 2015 Nobel Prize in Physics to Canadian physicist Arthur B. McDonald and Japanese physicist Takaaki Kajita, “for the discovery of neutrino oscillations, which shows that neutrinos have mass.” The two scientists will split the nearly $1 million USD (8 million Swedish Krona) prize.

Kajita presented his discovery in 1998, which showed that neutrinos seemed to change identities between the three known types—electron, tau and muon—when they move through space. He conducted his research at the underground Super-Kamikande detector in Japan, studying atmospheric neutrinos.

In 2001, McDonald and his research team in Ontario, Canada, ​announced their results from an experiment that measured​ neutrinos from the sun in a heavy water-filled spherical tank 1.2 miles (2 kilometers) underground at the Sudbury Neutrino Observatory. 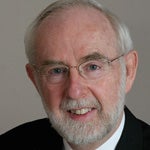 Arthur B. McDonald, joint winner of the 2015 Nobel Prize in Physics

McDonald is a professor emeritus at Queens University and received his PhD from Caltech.

These two contributions led to the conclusion that since neutrinos change as they travel, they must have mass. Since neutrinos are one of the most abundant particles, created by the reaction of cosmic rays crashing into Earth’s atmosphere and by the sun itself, this understanding “changes our view of the universe” according to the Nobel Committee for Physics. It can have effects on our understanding of the evolution of the Earth, and even help lead to the development of fusion power. The discoveries helped demystify what the Nobel Committee for Physics dubs “nature’s most elusive elementary particles.”

“For more than half a century, we used to think that neutrinos were massless.” said Olga Botner, a professor of experimental elementary particle physics and part of the Nobel Committee for Physics, during the award announcement. “This discovery has opened a new, exciting, and challenging field of physics. In all of the world, scientists are picking up this challenge to unveil the nature of the neutrino.”

The Royal Swedish Academy of Sciences reached Kajita and McDonald this morning by phone. Though it was very early in Canada at the time, McDonald said “As it turns out, I did not mind.”

“It’s a very daunting experience. Fortunately I have many colleagues as well who share this prize with me and the tremendous amount of work they have done to accomplish this measurement. There’s great camaraderie associated with this work,” McDonald said. “It means that the work that our collaboration has undertaken and accomplished starting back in 1984 […] has now come to the point that it’s been internationally recognized. We of course are very satisfied that we added to the world’s knowledge at the very fundamental level.”

Though the two scientists won for separate studies, McDonald said they know each other and have had many conversations.