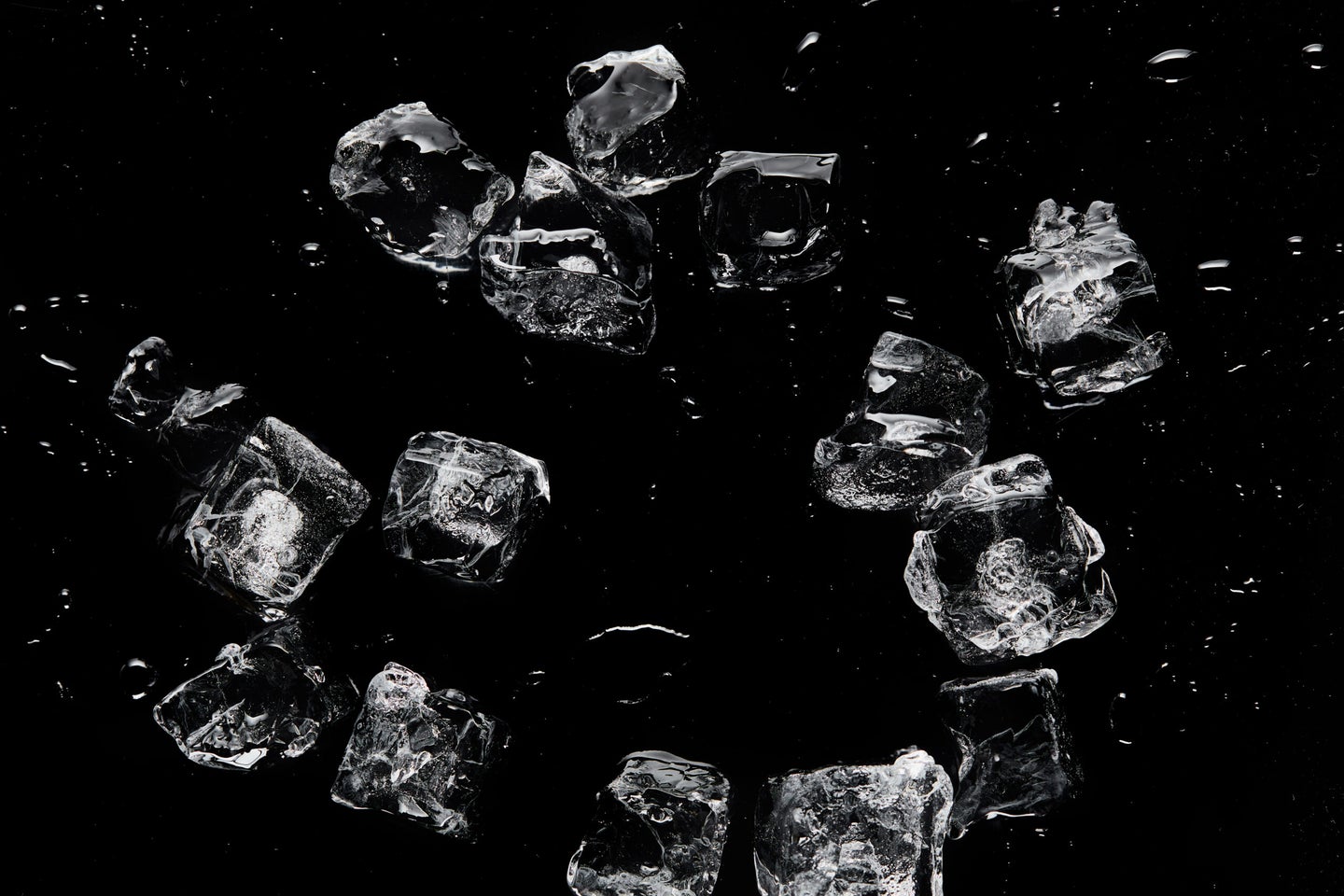 Superionic ice could be responsible for those planets’ odd, off-kilter magnetic fields, which have been puzzling scientists for some time. AntonMatyukha/Deposit Photos
SHARE

If you were to put your tap water under the same pressures and temperatures that exist in the center of the Earth—yes, the bone-crushing, flesh-searing ones—it would turn into a weird, dark form of ice that’s neither liquid nor solid. Scientists call this substance superionic ice, and its properties are still a bit of a mystery to most scientists.

Researchers have only recently been able to create superionic ice in the lab. Now, one group of scientists has teased apart its properties. Their results could answer a magnetic mystery in Uranus and Neptune: Superionic ice could be responsible for those planets’ odd, off-kilter magnetic fields, which have been puzzling scientists for some time.

The researchers published their work on October 14 in the journal Nature Physics.

When water freezes in Earth’s atmosphere, its molecules naturally sort themselves into hexagons; that’s why, if you live in a frigid enough climate, you see snowflakes that are six-sided. But by shoving water in extreme conditions that don’t typically exist on Earth, it’s possible to create a plethora of strange ice phases. Those ices have curious shapes, and some can exist at room temperature—or, indeed, far hotter.

In their enthusiasm for creative names, scientists label different phases of ice with Roman numerals. The ice in your cold drink, for example, is “ice I.” Squeeze that ice at 10,000 times Earth’s atmospheric pressure, and it might turn into ice VI, whose molecules form rectangular prisms. Dial up the pressure even more, and it might turn into ice VII, whose molecules fall into cubes.

You can also find ices like ice XI, whose charge flips in an electric field, and ice XVI, which comes imprisoned within “cages” of other ice. And yes, if you’ve read Kurt Vonnegut’s Cat’s Cradle, there is an “ice IX,” though it’s perfectly innocuous.

Such odd ices might not be so odd in the bigger picture. Ice VII in particular is thought to exist under the alien seas of ocean worlds and deep inside Jupiter’s moon Europa. Closer to us, scientists have found ice VII entombed within diamonds that formed in the Earth’s mantle; the pressures down there could allow ices like these to exist.

The latest entrant into the ice pantheon is superionic ice. Here, the boundary between liquid water and solid ice starts to fall apart. The oxygen atoms of the water molecules fall into rank and file, as they would in a solid. But the hydrogen atoms give up their electrons, becoming electrically charged ions, and begin hopping through the ice—as they would in a fluid.

That’s a strange sort of ice indeed. For one, it turns dark-colored. And, unlike pure water at room temperature, those freewheeling protons make superionic ice a great conductor of electricity.

Crafting ice with diamonds and X-rays

Scientists have theorized about superionic ice has been predicted since the late 1980s. “Since that time, we were thinking about doing that kind of experiment,” says Alexander Goncharov, a physicist at the Carnegie Institution for Science in Washington, DC, and one of the paper authors.

But only recently have scientists been able to play with it in the lab. Some researchers have made superionic ice by essentially blasting a tiny bit of water with high-pressure shockwaves. In 2018, they measured the electrical conductivity; in 2019 they pinpointed the telltale structure of oxygen atoms that marks superionic ice. They named this “ice XVIII.”

But shockwaves don’t last very long: The whole experiment lasts a few nanoseconds, according to Sebastien Hamel, one of those researchers, and a physicist at Lawrence Livermore National Laboratory in California.

At the same time, however, another group of researchers were making their own superionic ice in a different way. Instead of finding the ice within shockwaves, they wanted to actually create the ice in a more static setting, allowing them to study it.

“We can identify structure,” says Vitali Prakapenka, a physicist at the University of Chicago, and another of the paper authors. “We can measure optical properties.”

But getting there is a tedious and difficult process, not least because it involves incredible temperatures and pressures at the center of the Earth: hotter than the Sun’s surface, three and a half million times Earth’s atmospheric pressure.

To do that, the scientists squeezed ice inside an anvil of 0.2-carat diamonds. Because diamonds are the hardest material known to Earth, they’re a good way of pushing the ice to insane pressures. Then, they could heat the sample to star-like temperatures by blasting it with a laser.

To actually look into the ice, the scientists took their anvils and samples to Argonne National Laboratory in suburban Chicago to use a synchrotron, a machine that can produce strikingly bright X-rays. As those X-rays pass through the ice, they scatter, and the scientists could measure them to reconstruct the ice’s properties.

To make everything more complicated, when X-rays pass through the diamonds, they’re refracted. It’s much like how things look warped when you see them through water. They needed to correct that.

“It’s very challenging, but we are doing it,” says Prakapenka.

Their experiments last whole microseconds, rather than mere nanoseconds, giving them orders of magnitude more time to make measurements. “They have been able to explore this system extensively with more detail…than we were able to do,” says Hamel, who wasn’t involved with the paper. However, he says, the temperature gradients caused by laser heating introduce a good deal of uncertainty.

Nonetheless, in addition to finding ice XVIII, the researchers found a second sort of superionic ice, which they’ve called “ice XX.” (Ice XIX is a non-superionic phase that happened to be discovered and named in the midst of all of this.) Moreover, they were able to measure the superionic ice’s structure and electrical conductivity.

A link to Uranus

Researchers aren’t just making superionic ice to play with diamond anvils. Just as ice VII may be found on Europa, superionic ice may also lie in the outer reaches of the solar system.

In many ways, Uranus and Neptune are quite similar. They’re close to each other in size. They’re both “ice giants,” with atmospheres filled with hydrogen, helium, and methane.

And their magnetic fields are both really, really weird.

Ultimately, any guesses have to rely on simulations and modeling. “In planetary science, we have a big detective game at play,” says Hamel. “It’s not like we can cut the planet open to see how it’s made.”

But Prakapenka says that his group’s latest experiments add evidence that superionic ice can be found there. “We estimate that there should be huge amounts of ice,” he says, “and at the conditions deep in the planets, the temperature and pressure are exactly the same as where we have found superionic ices.”