How cold is space, and how hot is the sun?

We live in a universe of extremes. 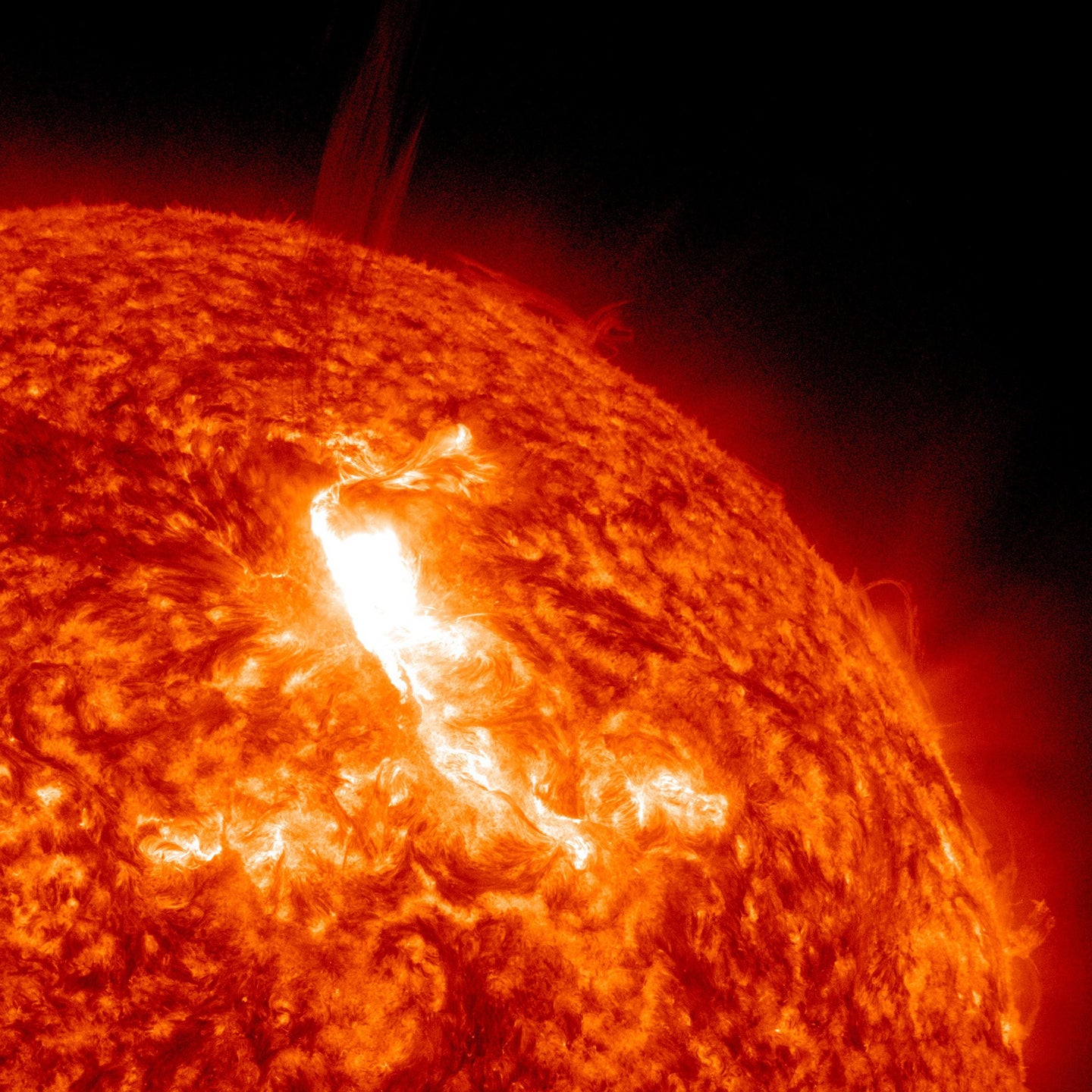 The sun is super hot, which doesn't exactly square with how cold space is. NASA
SHARE

This post has been updated. It was originally published on July 25, 2019.

Why is space so cold if the sun is so hot? Excellent question. Unlike our mild habitat here on Earth, our solar system is full of temperature extremes. The sun is a bolus of gas and fire measuring around 27 million degrees Fahrenheit at its core and 10,000 degrees at its surface. Meanwhile, the cosmic background temperature—the temperature of space once you get far enough away to escape Earth’s balmy atmosphere—hovers at -455 F. How can this be?

Heat travels through the cosmos as radiation, an infrared wave of energy that migrates from hotter objects to cooler ones. The radiation waves excite molecules they come in contact with, causing them to heat up. This is how heat travels from the sun to Earth, but the catch is that radiation only heats molecules and matter that are directly in its path. Everything else stays chilly. Take Mercury: the nighttime temperature of the planet can be 1,000 degrees Fahrenheit lower than the radiation-exposed day-side, according to NASA.

Compare that to Earth, where the air around you stays warm even if you’re in the shade—and even, in some seasons, in the dark of night. That’s because heat travels throughout our beautiful blue planet by three methods instead of just one: conduction, convection, and radiation. When the sun’s radiation hits and warms up molecules in our atmosphere, they pass that extra energy to the molecules around them. Those molecules then bump into and heat up their own neighbors. This heat transfer from molecule to molecule is called conduction, and it’s a chain reaction that warms areas outside of the sun’s path.

Space, however, is a vacuum—meaning it’s basically empty. Gas molecules in space are too few and far apart to regularly collide with one another. So even when the sun heats them with infrared waves, transferring that heat via conduction isn’t possible. Similarly, convection—a form of heat transfer that happens in the presence of gravity—is important in dispersing warmth across the Earth, but doesn’t happen in zero-g space.

These are things Elisabeth Abel, a thermal engineer on NASA’s DART project, thinks about as she prepares vehicles and devices for long-term voyages through space. This is especially true when she was working on the Parker Solar Probe, she says.

As you can probably tell by its name, the Parker Solar Probe is part of NASA’s mission to study the sun. It zooms through the outermost layer of the star’s atmosphere, called the corona, collecting data. In April 2019 the probe got within 15 million miles of the inferno, the closest a spacecraft has ever been to the sun. The heat shield projected on one side of the probe makes this possible.

“The job of that heat shield,” Abel says, is to make sure “none of the solar radiation [will] touch anything on the spacecraft.” So, while the heat shield is experiencing the extreme heat (around 250 degrees F) of our host star, the spacecraft itself is much colder— around -238 degrees F, she says.

As the lead thermal engineer for DART—a small spacecraft designed to collide with an asteroid and nudge it off course—Abel is taking practical steps to manage the temperatures of deep space. The extreme variation in temperature between the icy void and the boiling heat of the sun poses unique challenges. Some parts of the spacecraft need help staying cool enough to avoid shorting out, while others need heating elements to keep them warm enough to function.

Preparing for temperature shifts of hundreds of degrees might sound wild, but it’s just how things are out in space. The real oddity is Earth: Amidst the extreme cold and fiery hot, our atmosphere keeps things surprisingly mild—at least for now.