This sailplane could cruise Mars for months on only wind

No motor, no problem, even in the Martian atmosphere. 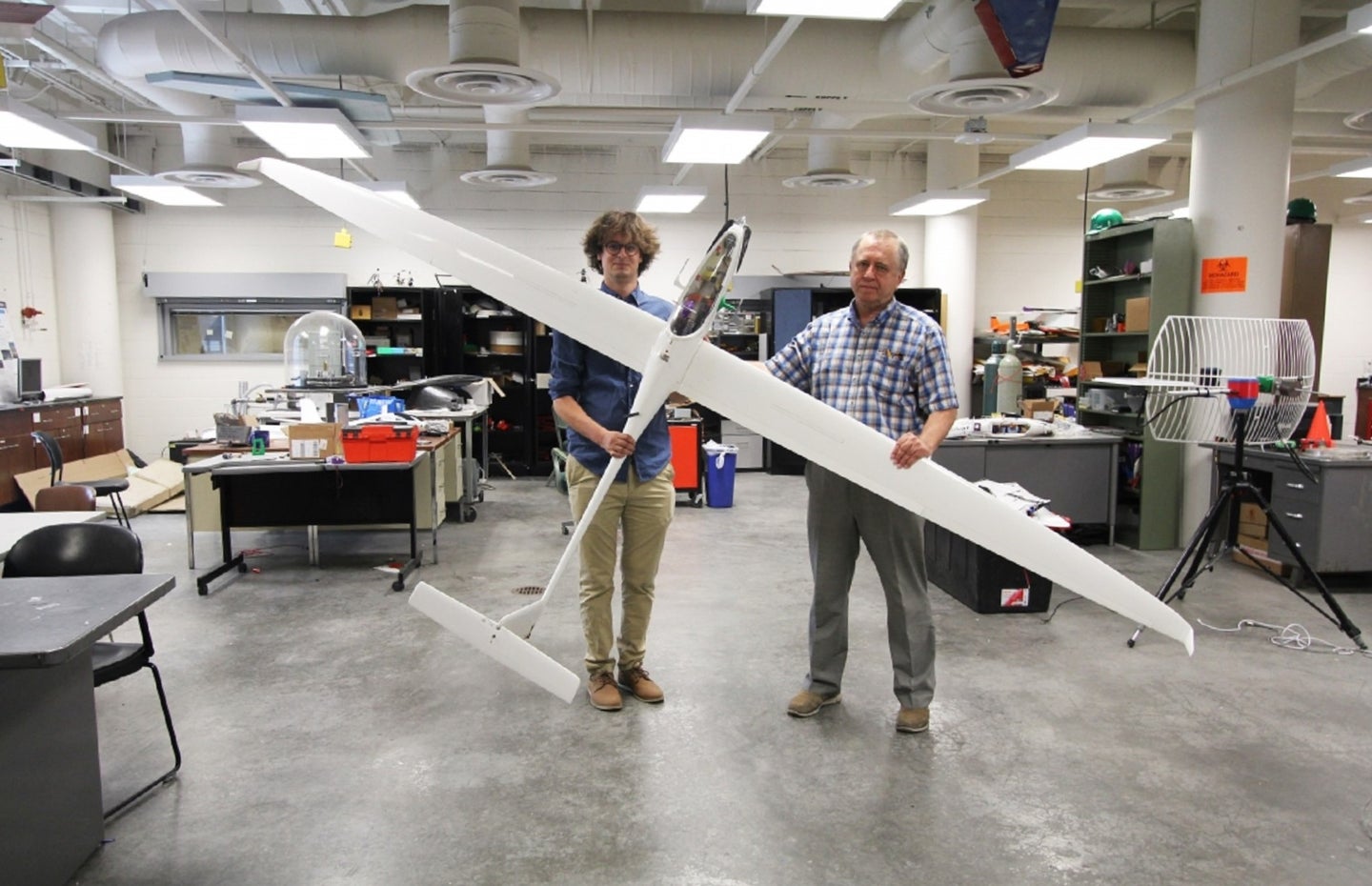 In the nearly 120 years since the birth of the airplane, humans have been able to design  aircraft that break the sound barrier and careen upside down through Earth’s skies. Flying high on another world, however, is another matter entirely.

A team of aerospace engineers from the University of Arizona and NASA Ames Research Center were inspired to design a new concept for off-world aerial exploration: the Mars Sailplane. Their concept, detailed recently in the journal Aerospace, describes a plane that relies not on any motor or engine, but the power of the wind to soar above the clouds.

Creating a vehicle capable of long-term flight on Mars has historically been a difficult task to get off the ground. There are numerous conditions on the Red Planet that make flying aircraft much different than on Earth—such as vast dust storms, less surface gravity, and an atmosphere 100 times thinner than our own. But in 2021, the Mars Helicopter, Ingenuity, proved that powered flight on another was possible. During its inaugural flight, the small rotor helicopter climbed to about 10 feet from the Martian surface, and was able to hover for about half a minute.

Since then, Ingenuity has made 29 successful flights over the surface. Yet one of the vehicle’s most significant challenges is its constant need for solar power to operate. “Fixed-wing airplanes are limited by propulsion,” says Adrien Bouskela, lead author of the sailplane study and a mechanical engineering researcher at the University of Arizona. “So what can we do to extend flight paths, [or] the available fuel onboard?”

As it turns out, the solution to the problem was one already prevalent in nature. To expand a plane’s flight path, the team created a model that uses a technique called “dynamic soaring,” where a bird takes advantage of the wind’s energy to make complex aerial maneuvers The skill was originally observed in avifauna like the frigate bird and albatross. In fact, albatross wings are so specialized to soar, they can ride air currents for thousands of miles above the ocean without needing to land and rest. Intertwining dynamic soaring with aerospace technology  means that sailplanes would be able to fly for days or even months without fuel or an engine, venturing to places that previous NASA missions have never been able to explore.

The Mars Sailplane team also plans to engineer the craft to be completely autonomous, given that they will need to be able to monitor atmospheric changes and quickly adjust to stay adrift. Bouskela and his collaborators have already designed a computer algorithm to do this on Earth, but it will have to be modified to Mars if the sailplane is to survive there.

“It’ll have to be a piece of code in there that monitors the wind, logs the wind, maps the wind, and then finds an optimal trajectory within it,” Bouskela says.

The sailplanes are not only energy-saving, but cost-saving as well. These crafts are generally inexpensive to produce, lightweight, and because they are inflatable, small enough to fit in a shoebox. Jekan Thanga, an associate professor of aerospace and mechanical engineering at the University of Arizona, says it’s possible that they could one day be deployed as a secondary payload on future Mars flagship missions—or even be packed inside a fleet of CubeSats. Such an easy development process certainly makes mass production an compelling idea.

[Related: This novel solar sail could make it easier for NASA to stare into the sun]

But the project does have some design and production obstacles to overcome before any space agency gives it the green light. One of the team’s biggest challenges is determining how the vehicle will accomplish its entry and descent into the Martian atmosphere. What’s more, Thanga says that the timeline of deploying such crafts is still up in the air. This is where a kind of carrier vehicle would come in handy; “It’ll take a little bit more time for deployment, and so that’s why we’re also considering secondary vehicles, such as hot air balloons or an airship,” Thanga explains.

Once the craft finally lands on the Red Planet’s surface, the sailplane’s flight time will unfortunately be over. But while grounded, it can still be put to use.

Right now, the team imagines the sailplane will have a “second life” as a weather station. As it is equipped with cameras and temperature, pressure and gas sensors, the craft will continue to observe and record atmospheric data from its remote location. Eventually, with enough perched sailplanes, the intel they send back could be used to create better numerical models of Mars’ enigmatic weather systems.

“We have some data about the Martian atmosphere, but … not enough,” says Alexandre Kling, a NASA research scientist and co-author of the study. “So the purpose of the mission is to learn more about the environment.”

Once the technology develops even further, Thanga notes that a “whole ecosystem of flying vehicles” could more closely explore places like Mars’ Grand Canyon, as well as the planet’s volcanic regions and highlands. Until then, the sailplane project is still in an early prototype phase, but could be ready for a space mission in two or three years with proper funding. In the meantime, the team plans to put the craft to the test here on Earth soon: Later this summer, the engineers will take the models to an airfield and fly them 15,000 feet up into the air, high enough where wind conditions resemble those on Mars.

There’s still a lot to learn before these sailplane prototypes are ready to soar across the Martian sky, but as Kling stresses, a high risk reaps a high reward.