How much space does each astronaut really need? 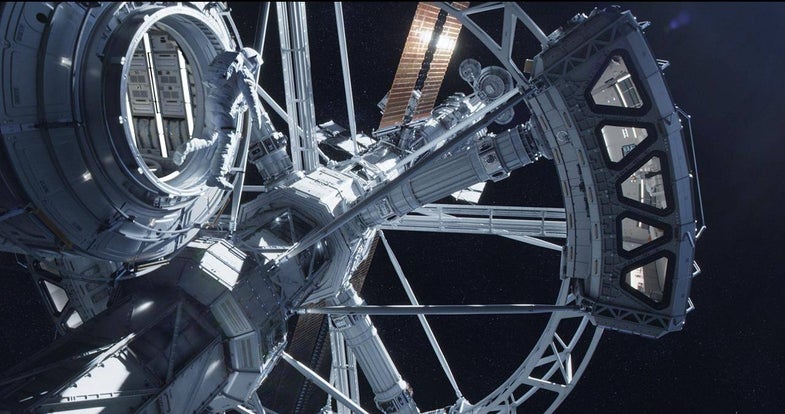 The first Martians are going to have a long ride to red planet, and NASA isn’t quite sure what they’ll ride in. The cramped Orion capsule will have to dock with a larger habitat that provides room for astronauts to live, sleep, work, and exercise. That habitat’s design is still TBD at this point.

To help figure out the best layout for long-term human spaceflight, a company called Draper is developing a way to monitor every aspect of how astronauts use the International Space Station. The idea is to track the astronauts as they move around in microgravity, to learn how much space each person needs to exercise, perform maintenance tasks, and more.

“There’s a lot that we can learn from how they’re using the space station,” Draper’s Kevin Duda told Popular Science. “If you were to design a spacecraft to go to Mars, and you know they’re going to be doing these tasks which are similar to what they’re doing on the space station, you can design something that’s most efficient for their time.”

“There’s a lot that we can learn from how they’re using the space station.”

For example, he says, if an astronaut is fixing something on one end of the ship, “You don’t want the toolbox to be on the other side of the spacecraft.”

Mihriban Whitmore, a scientist with NASA’s Space Human Factors and Habitability research division, thinks the technology will be useful. “Being able to quantify the 3-D space utilization will enable us to determine the smallest habitable volume we can have that is still acceptable to the astronauts of a Mars-bound spacecraft,” she told Popular Science in an email. Space is at a premium because larger habitats are more difficult and expensive to launch.

Draper originally designed their astronaut-tracking system for use in military scenarios where GPS isn’t available, but they’re adapting it for use in space after NASA put out a call for proposals on how to collect data to model the next spaceship. If it’s selected, it could fly on the ISS in a few years. But first they have to do a lot of testing.

Draper recently tested its tracking tech in a space station mockup at NASA’s Johnson Space Center. You can watch the video of the test below.

The tracking method is pretty simple. Astronauts would wear a small sensor system that includes a camera, accelerometer, and gyroscope. The accelerometer measures speed, which the system uses to calculate the astronaut’s position. The gyroscope measures rotation, which helps to determine the astronaut’s orientation as they float in space.

Lastly, the built-in camera keeps an eye on the astronaut’s surroundings to improve accuracy. The sensors sometimes register movement even when the tracker is motionless, so by comparing pictures of the surroundings from one moment to the next, the camera can determine whether the perceived movement is real or imagined. 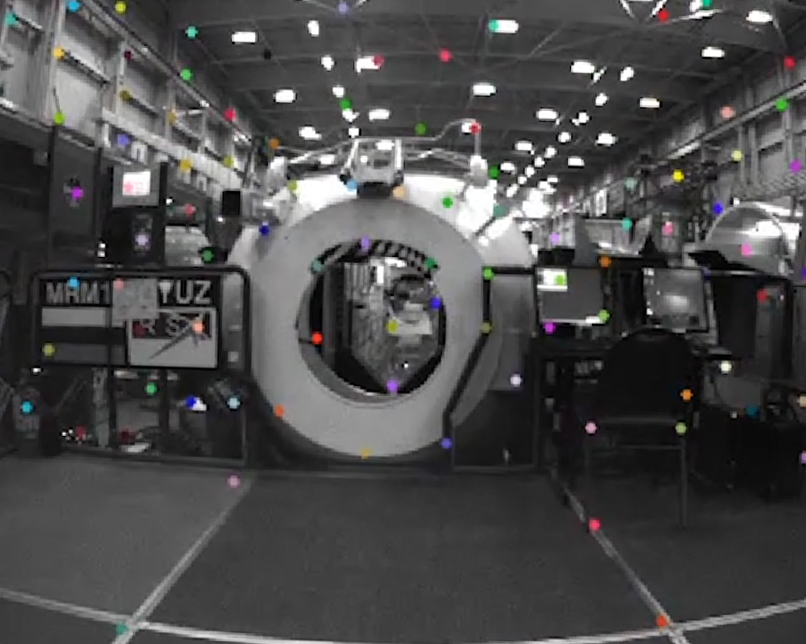 Camera’s view of the ISS mock-up

The dots on the video feed represent features that the camera compares from frame to frame to see if the astronaut has moved.

After a 550-foot trek through the space station mockup, the tracking system was off by less than a yard. Draper would like to whittle down the error rate even further.

The test in the ISS mockup was just to see if the system would work. But to really understand how astronauts move, they need to try it out in microgravity.

“The long-term goal is to have this on the ISS,” says Duda. “But there’s a number of things we need to do in between.” The company plans to take the system on a parabolic flight to make sure it works in a weightless environment, and they’ll need to show that it can work for hours at a time.

“The biggest challenge for this type of technology,” says Whitmore, “is providing unobtrusive data capture so that we protect the privacy of the astronauts.” Duda says that the team doesn’t intend to save the video footage from real astronauts. The path analysis will be conducted in real-time, and only the position and orientation data (and how they changed over time) will be saved.

Getting the system to the ISS will ultimately be up to NASA, and there are no guarantees as of yet.

“It would be fantastic if we could get this up there in the next 3 to 5 years,” says Duda. That should give NASA plenty of time to collect and analyze the data and design a ship that could be bound for Mars in the 2030s or ’40s.