Mystery solved, thanks to a sand box in a wind tunnel 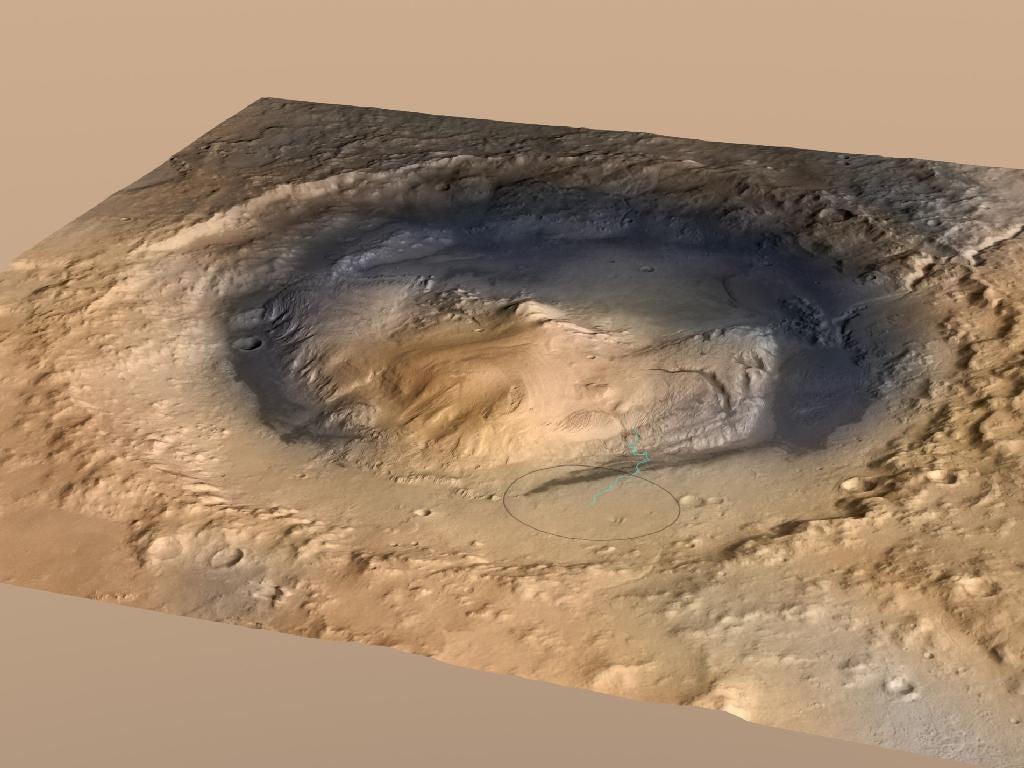 The Curiosity rover has been exploring Gale Crater on Mars for more than three years now, decoding sand dunes, digging up ancient lakes, and now, figuring out how a mountain was built.

In a study published in Geophysical Research Letters this week, researchers announce that they think they know how the three mile-high Mount Sharp in the center of the crater was formed.

Apparently, the mounded mountain was molded by wind. And it’s not just Mount Sharp. Astronomers and planetary geologists have observed the strange domed mounds at the center of Mars’ craters for decades, and wondered how they formed.

Back when Mars was a wetter world, about 3.7 billion years ago, sediment (sand, dirt, and rocks) filled up the craters, carried by wind and water. But over billions of years, the planet’s surface dried up, and wind took over as the dominant force shaping the Martian surface.

“There’s been a theory out there that these mounds formed from billions of years of wind erosion, but no one had ever tested that before,” Mackenzie Day, lead author of the study said. “So the cool thing about our paper is we figured out the dynamics of how wind could actually do that.”

How? With some wet sand and a wind tunnel.

Sand castles in the sand

At the top, actual images of sediment-filled craters on Mars. At bottom, the sand crater created in a wind tunnel. Red, orange, and yellow colors indicate higher elevations, while blues indicate lower elevations.

This study overcomes the same basic challenge that faces most of geology: time.

It is an unfortunate fact that the geologic processes needed to form a significant landscape feature usually take massive amounts of time, and we are not immortal. Not only that, but Mars is a little far and still inaccessible, even for the most seasoned field geologists.

So, how do you figure out how the mounds formed, if you can’t go and visit them and watch them grow? Researchers made a model crater less than a foot across and 2 inches deep, filling it with damp sand to mimic the early wet conditions on Mars. Then, they put it in a wind tunnel.

They found that the wind in the wind tunnel interacting with the sand naturally created some of the same shapes seen in craters all over Mars’ surface.

Why don’t we see the same features here on Earth? Well, for starters, when’s the last time you saw a crater in your neighborhood? The Earth has numerous erosive forces, like wind, water, and plate tectonics that are continuously reshaping the Earth’s surface, erasing craters and with them the opportunity for these kinds of landscapes to form.

Curiosity will continue its journey toward Mount Sharp, exploring the geology of the planet, until geologists get a chance to actually go on the ultimate field trip.