Organic carbon on Mars could be from old life—or volcanoes

Samples from the Curiosity rover reveal the same amount of organic carbon as some spots here on Earth. 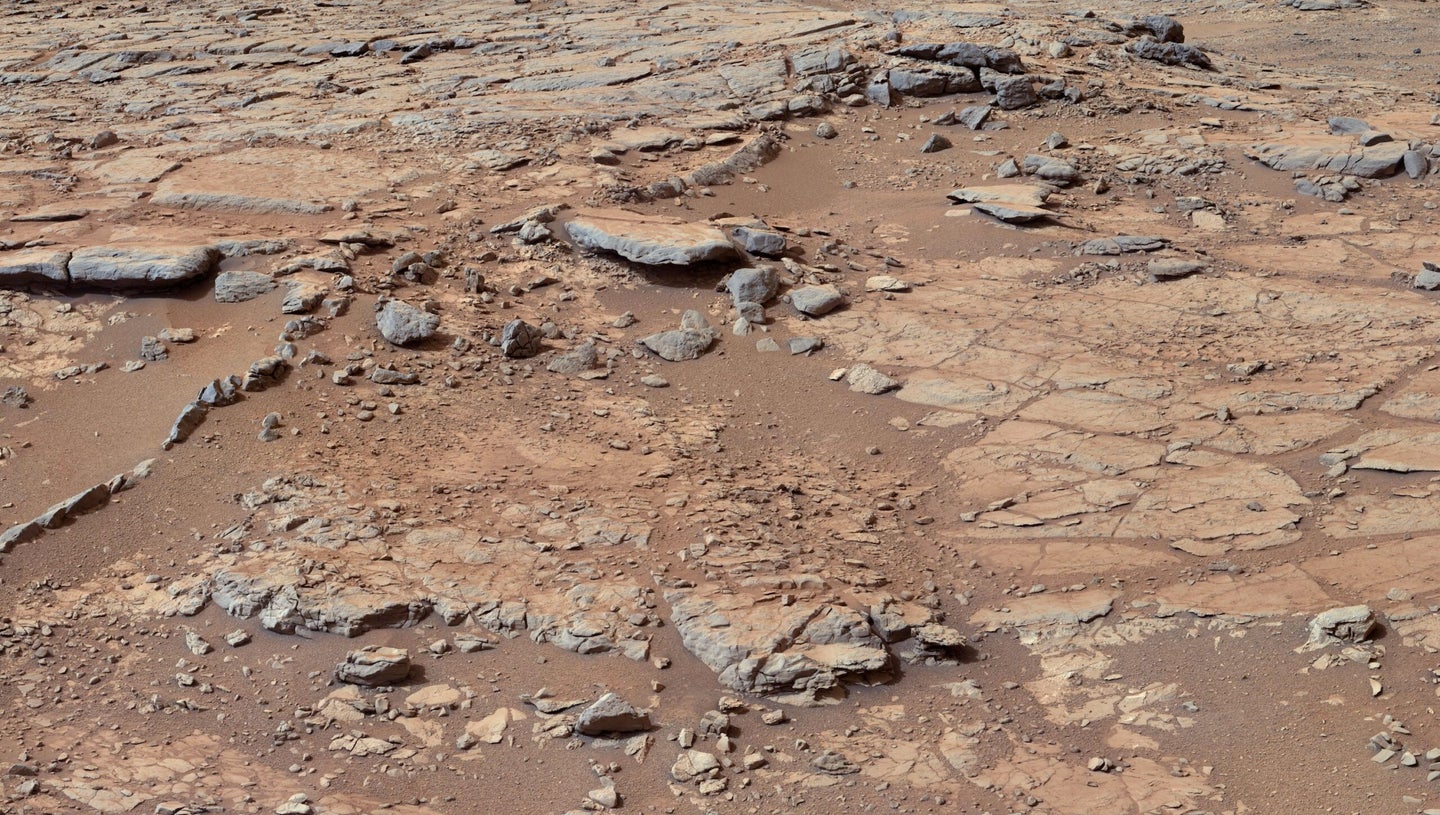 Early this year, the Curiosity rover revealed organic carbon, a key ingredient of life as we know it, on Mars. “We’re finding things on Mars that are tantalizingly interesting, but we would really need more evidence to say we’ve identified life,” said Paul Mahaffy, who served as the principal investigator for that analysis. This week, the Red Planet rover offered up yet-more tantalizing data about that key indicator of life—namely just how much of the stuff is actually there.

The samples Curiosity’s instruments analyzed, gathered from the Gale crater at the site of an ancient lake, found organic carbon in the same density that it exists in barren places on Earth, such as the Atacama Desert. Knowing how much of the stuff there is on Mars gives planetary scientists a better idea of just how likely it was that life was ever on the planet.

Carbon bound to a hydrogen atom is dubbed organic carbon, the compound that forms the basis of life—at least, as we define it here at home. But even though we know that Mars once had water (another key to the stew we call life), finding organic carbon doesn’t necessarily prove that the planet once had natives. Meteorites and volcanoes can also create deposits of the substance, for example.

The location where Curiosity dug up its samples does have other indicators that it could have once hosted life, points out Jennifer Stern, the lead author on the Proceedings of the National Academy of Sciences paper where the most recent findings were published, in a NASA blog post.  “Basically, this location would have offered a habitable environment for life, if it ever was present,” she states. Samples of mudstone from the area include nitrogen and oxygen, for instance, and have low levels of acidity. Finding any evidence that might prove there was life on Mars once and for all, researchers also note, requires digging deeper than rovers currently can.

The instrument on Curiosity that completed the analysis, an oven-like contraption called the Sample Analysis at Mars, can also perform isotope analysis to determine the source of the carbon. In this case its results aren’t particularly helpful. That’s because, according to Stern, there’s too much overlap between carbon isotopes that could have been volcanic in origin with those that may have come from life. It’s clear that Mars has had high volcanic activity in recent history—and it might still be somewhat active today.

Curiosity continues to turn up new insights into Mars’s past at a steady clip. Earlier this week, scientists shared news of complex carbon chains similar to those in fossil fuels on Earth. The rover is currently drilling holes and taking mosaic images of “Deepdale,” a butte-like feature in the Gale Crater.