Rethinking our roofs, parking lots, and sidewalks could save money and lives

The benefits of so-called 'smart surfaces.' 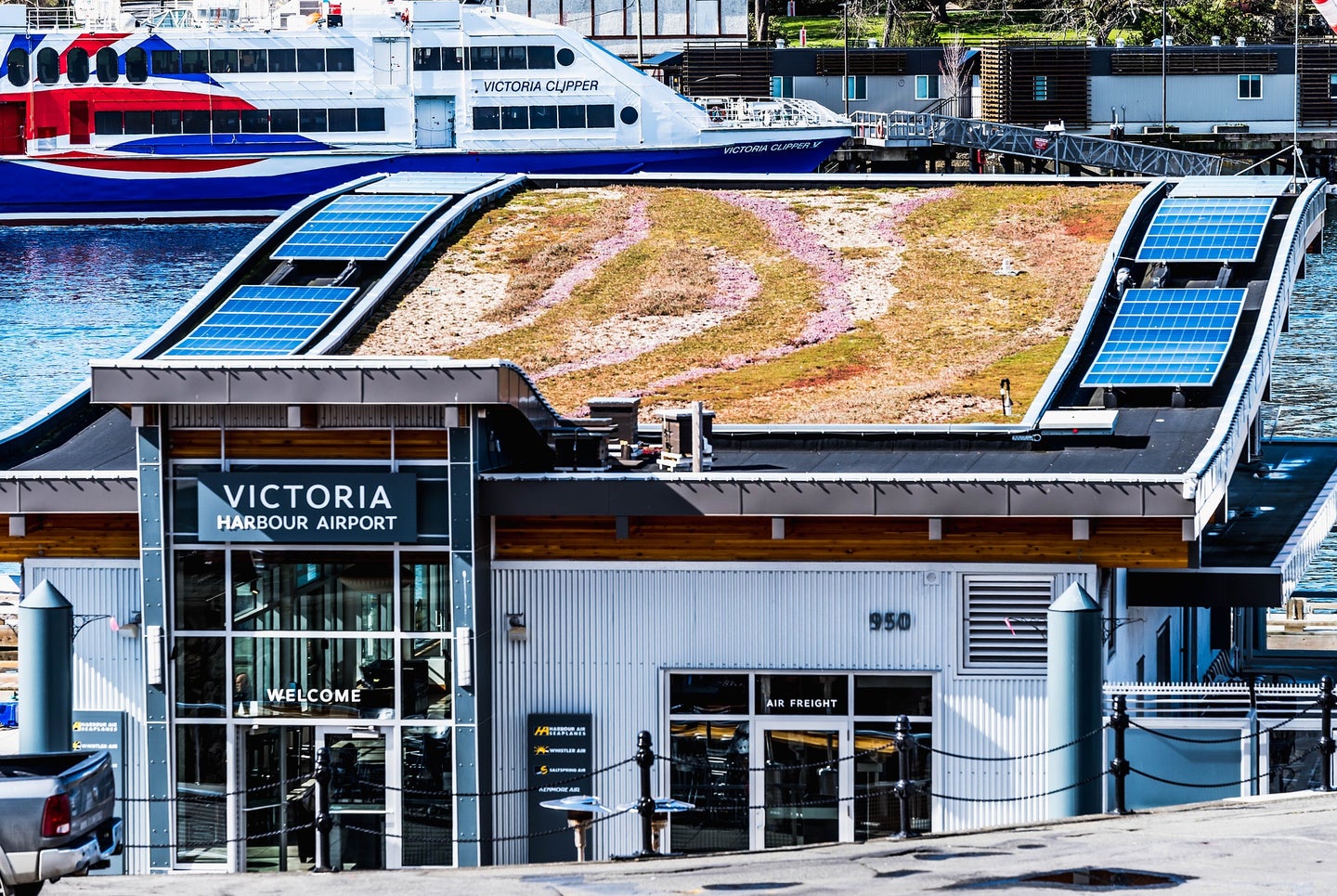 Replacing traditional surfaces with cooling ones could save money for cities across the world. Vlad Vasnetsov from Pixabay
SHARE

It’s getting hot out here, and cities are struggling to adapt as heatwave after heatwave pummels urban areas all over the United States and the world.

A recent heatwave that swept over the Pacific Northwest of the U.S. and Canada challenged infrastructure in areas that aren’t used to such high temperatures. Even with heat advisory warnings from public health officials and efforts to stay cool, there were more than 480 reported sudden deaths at the beginning of July across Canada, a 195 percent increase in deaths that would usually happen in a five-day period country-wide.

The solution to keeping cities cool and weatherproofing them for safer summers may be holistically investing in better, or smarter, surfaces. According to a recently released report from the Smart Surfaces Coalition, cities can mitigate the “heat island” effect by turning dark roads and parking lots into reflective surfaces, utilizing solar panels and green roofs, changing sidewalks to stop stormwater runoff and flooding, and even planting more trees.

[Related: Here’s how global warming will change your town’s weather by 2080.]

Greg Kats, the CEO of the Smart Surfaces Coalition and one of the many people behind the study says that they focused on the city of Baltimore as an example where climate was affecting the quality of life and revenue, but implementing smart surfaces in cities across the US will vary region by region.

“We’ve done detailed cost-benefit analysis for cities as varied as El Paso and Philadelphia. In El Paso green roofs don’t make sense,” he says. “So you want a bunch of different tools in your toolbox that’s going to respond to the specific temperature and living profile of a city.”

In their analysis, the authors uncovered that the initial cost of investment would be outweighed by the return on investment for many cities in about 20 years. For example, investing in cool roofs in a 20-year adoption scenario in Baltimore would cost more than $100 million, but the value it would generate was estimated to be more than $800 million. The cost to benefit ratio of all the smart surface strategies combined ended up close to 1 to 10.

Kats also argued that there was an opportunity to make cities competitive for attracting more summer tourists. Visitors who spent money in Baltimore helped sustain more than 86,000 total jobs directly and indirectly in 2018. The tourism industry to the city generated more than $4 billion in tourism-driven revenue in June, July, and August of that year. If temperatures rise too quickly it could lose anywhere from 5 to 20 percent over the next 30 years, which could cost Baltimore thousands of much-needed jobs.

“The person who’s head of tourism for Baltimore… is already saying that summer heat is a problem for tourism for Baltimore. It’s reducing summer tourism,” he says. “The city can adopt the [smart surfaces] strategy and say ‘hey we’re getting cooler, all those other places you’re thinking of going to in the summer, they’re getting hotter.’”

Georges Benjamin, executive director of the American Public Health Association which supported the recent report, argued that cities must spend money on infrastructure. Therefore, it makes sense to put in a large investment upfront for financial and health purposes. He also pointed out that higher temperatures hurt lower-income communities of color by making it harder for them to pay for utilities—a cooler city, in a sense, is a more equitable one.

“The low-income communities pay a higher portion of their income for power so [climate change is] proportionately impacting those communities, not in just the economic aspects of the healthcare problem, but you’re also taking food money off the table… because you have to pay for air conditioning,” he says.

According to the American Council for an Energy-Efficient Economy (ACEEE), Black, Latino, and Native American households alongside lower-income households pay a higher share of their income on energy bills, sometimes up 8.1 percent of their income on energy costs, as compared to about 2 percent for non-low-income households. Not to mention, the neighborhoods that house people of color and low-income people are often those that could benefit the most from more tree cover and other cooling techniques.

[Related: These beautiful, terrifying maps show how hot we’ll get in 2090.]

Creating more temperate cities with smart surfaces could also lower public health costs for cities like Baltimore or in traditionally mild regions like the Pacific Northwest where infrastructure has not been adapted for such rapidly rising temperatures. A report released by the National Resources Defense Council this May found that the health costs of climate change related issues now exceed $820 billion per year in the United States.

A cooler ambient temperature around homes from solar panels and tree coverage, less water runoff from green roots and porous sidewalks could mean better quality of life—and fewer residents overwhelming the healthcare system on hot days or missing out on work and school.

“This ought to be a built environment strategy that is endorsed at the highest levels of government … I believe it will save lives,” Benjamin says.