Can planting more trees keep cities from heating up?

Creating an urban forest can be trickier than it seems. 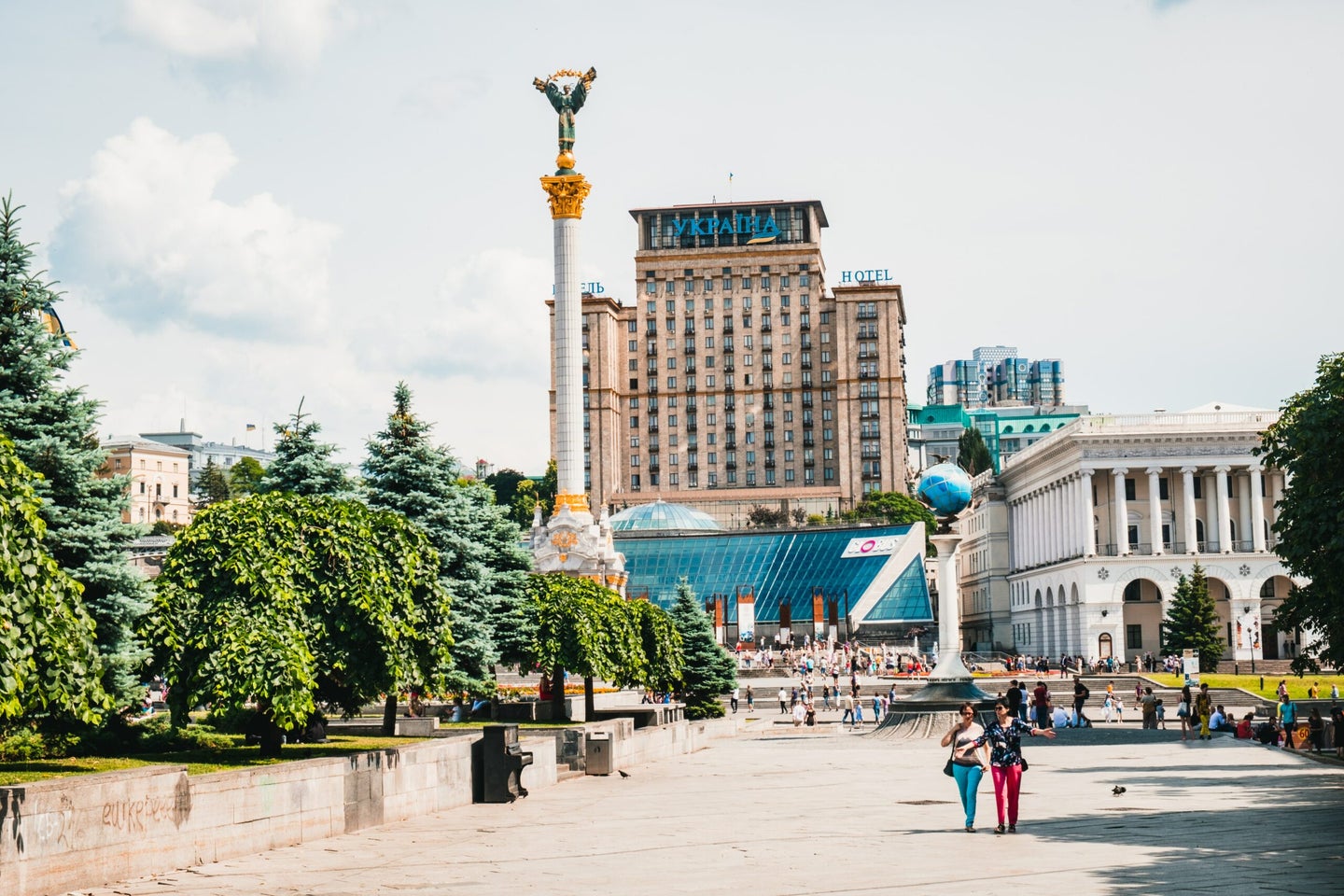 Turning a sweaty city into a green urban paradise is no simple task. Silver Ringvee on Unsplash
SHARE

Major cities across the country, from Washington D.C. to Los Angeles, are heating up. Local governments have turned to green infrastructure, specifically the tried and true method of planting trees to help mitigate rising temperatures in urban areas filled with dark pavement and concrete that soak up the sun’s heat, making a summer’s day in the city almost unbearably toasty.

One of the factors that cause urban environments to reach sweltering temperatures is a lack of vegetation. Trees alone could make a big difference: One model suggests that urban temperatures in Phoenix, Arizona, the hottest city in the US, could be reduced by over four degrees Fahrenheit if more trees provided cooling canopies over the scorching hot city.

These ambitious tree-planting efforts are usually announced with much fanfare but are not as straightforward as planting a few saplings and calling it a day. Now, pandemic-related slowdowns are making completing these plans even harder in cities where heat waves are not just uncomfortable, but deadly.

“I think that there’s typically this sort of blind faith that we place in trees, that they will provide all of these wonderful social benefits,” says V. Kelly Turner, assistant professor of urban planning at UCLA. “But the environmental benefits that trees provide are entirely context-dependent,” she says. Patchy adoption of sprawling tree planting plans may not lead to the cooling bliss we desire in urban places.

In 2010, Phoenix had a similar idea to double canopy cover in the city to get about one-quarter of the city shaded by 2030. But planting trees in a bustling city is easier said than done. By 2020, the effort was not ramping up fast enough to hit the goal even before the pandemic.

“There definitely was a slow down during COVID, particularly in community plantings,” said Mark Hartman, the chief sustainability officer of the City of Phoenix. He says that community tree planting events accounted for about 1000 trees per year in addition to the thousands planted by the city government.

For some of the warmest parts of cities like Phoenix, anything to help control the heat is desperately needed. According to sustainability researchers at Arizona State University, the urban parts of Phoenix can be up to 15 degrees warmer at night than its edges and the surrounding desert. City engineers took a thermometer to the streets and found during the day, bare pavement can reach over 160 degrees, technically hot enough to cook an egg (but with disappointing, inedible results). Unsurprisingly, walking across a griddle-hot pavement to get to work, school, and do your daily tasks takes its toll on your health.

In the lowest-income parts of Phoenix, with their high concentration of immigrant families and people of color, people are frequently walking, but the streets in those neighborhoods are not lined with leafy oaks, ashes, and elms that garnish more affluent neighborhoods. In a 2007 study, researchers at ASU used satellite data to quantitatively show something somewhat obvious to the naked eye: Higher-income neighborhoods have a lot more trees.

The same study showed that socioeconomic differences lead to a disparity of the surface temperature among neighborhoods The temperature in neighborhoods that are at the bottom 10 percent of income distribution is, on average, 2.5 degrees Fahrenheit higher than those that are at the top 10 percent, which makes it all the more important that the tree planting programs make sure the areas with the lowest canopy cover get trees first. Hartman says the Phoenix city streets department has moved to planting trees “exclusively” in areas that are “high heat vulnerability, high walking high pedestrian corridors.”

While trees, theoretically, are a “green” solution to unbearable summer city weather, in practice, many barriers arise, namely keeping track of just how many trees have already found their roots and convincing landowners to keep planting saplings along their private property. In some cases, cities are already doing a good enough job that they are running out of space, like in Washington, D.C. where they are currently at 38 percent canopy coverage but are hoping to amp coverage up to 40 percent. Public property alone isn’t enough for new trees in Washington D.C., as well as in cities like Phoenix and Los Angeles, and now, residents will have to plant trees on private property to help reach their canopy coverage goals. In many cases, that means landowners need to take care of those trees since they technically don’t belong to the city itself.

On the other hand, New York proved that ambitious canopy goals are not out of reach. In 2007, during the first of his three terms as mayor of New York, Michael Bloomberg launched a public-private partnership whose goal was to plant a million trees in 10 years—and it got there two years ahead of schedule.

At the end of the day, trees are a good starting point, but we still have so much to learn about how well they work to cool down our steamiest cities. “I don’t think we know the answer, because the programs are not mature enough to have any measurable difference,” says Turner. It takes years for trees to mature into full-fledged shade-providers, and many of these programs have not reached their initial goals yet. In the future, she says, cities will need to ask not only if they hit a numerical goal for planting trees, but how well those trees, however many, brought about the cooling benefits that the community needs.