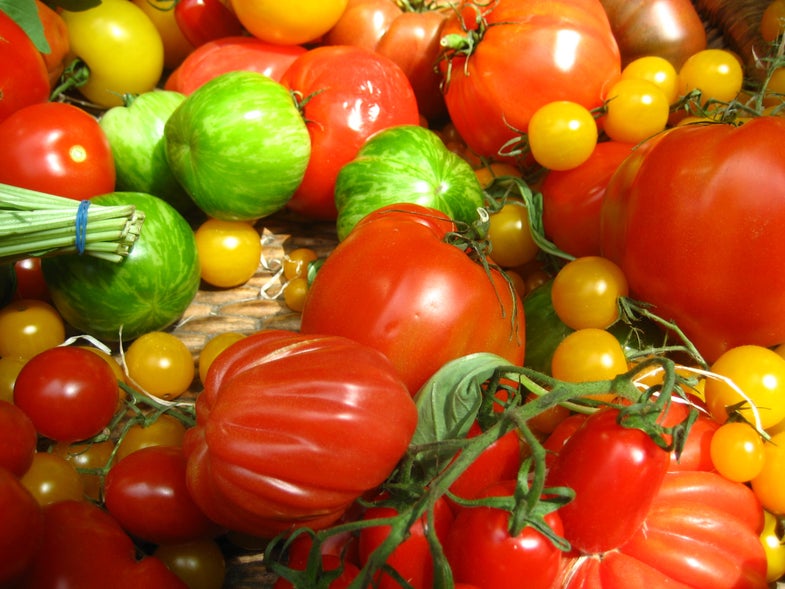 Even though technically, it is still winter, temperatures are rising, and summer is coming. That means that in addition to beaches and pools, we can all look forward to the attack of the ripe, wonderful tomatoes.

But not all tomatoes make it to kitchens, where they will be fried while green, cooked down into sauce, or meet their soul mates, bacon and lettuce. Some tomatoes simply go to waste, damaged or disfigured to the point where farmers decide to throw them away instead of selling them. But now, there might be a way to put those waste tomatoes to use.

New research presented today at the annual meeting of the American Chemical Society demonstrated how to turn waste tomatoes into watts tomatoes, using a chemical reaction to generate electricity.

“We have found that spoiled and damaged tomatoes left over from harvest can be a particularly powerful source of energy when used in a biological or microbial electrochemical cell,” researcher Namita Shrestha, said. “The process also helps purify the tomato-contaminated solid waste and associated waste water.”

Here’s how it works. The researchers put tomato waste in a cell with specialized bacteria that can break down the tomatoes. When microbes interact with tomato waste, they oxidize the tomatoes, releasing electrons. Those electrons can then get trapped in an electrochemical cell, almost like a battery.

Using this new method, theoretically, the volume of annual tomato waste in Florida (396,000 tons) could power Disney World for 90 days. Right now, the amounts of power produced is very low, only 0.3 watts for 10 milligrams of tomato waste.

Keeping tons of tomatoes out of landfills also has other benefits. It keeps the tomato waste from leeching into local water supplies and also prevents the tomatoes from breaking down into methane (a greenhouse gas).