This Solar-Powered Engine Can Be Made With A 3D Printer

Sunny with a chance of renewable energy 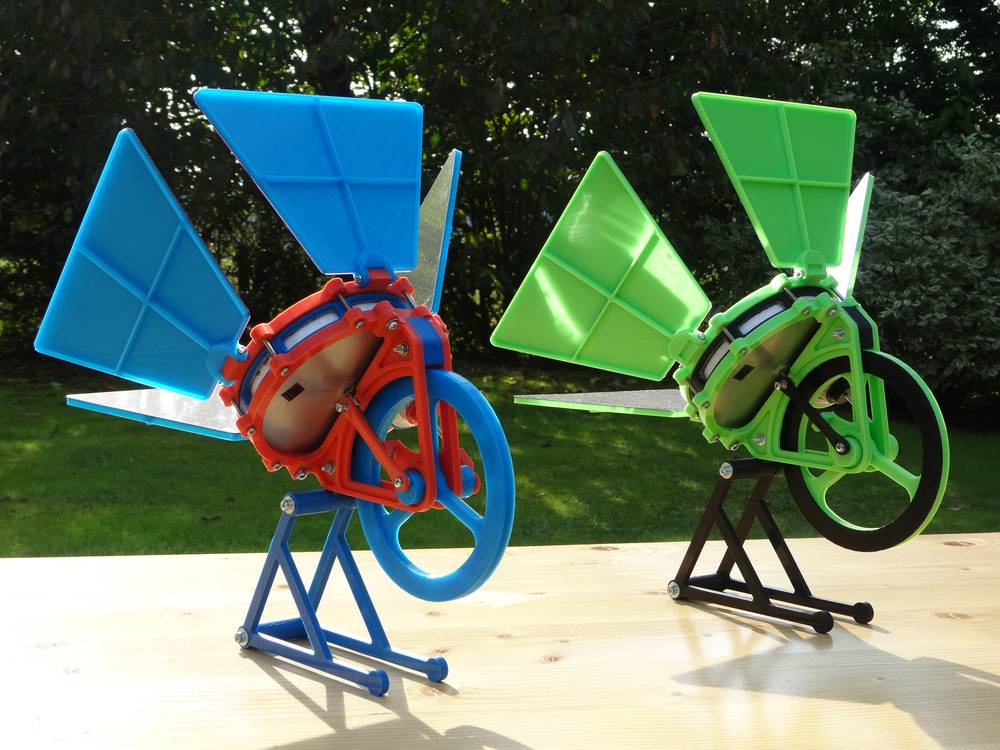 You can 3D print plenty of things these days, from candy to a model of an asteroid. And now, with the help of a 3D printer, you can produce most of the parts for a pretty simple engine. Recently, German engineer Andreas Haeuser built a solar-powered Stirling engine using almost entirely 3D printed parts.

If you’re not familiar with a Stirling engine, it uses heat to turn a flywheel. While many types of Stirling engines require hot water to run, Haeuser’s model relies on solar power, using optional reflectors to concentrate the solar energy and increase efficiency. (It can also, as he demonstrates in the video below, run off the steam from a cup of tea.) The resulting engine can be used for things like pumping water or generating electricity.

Aside from the commonly available nuts and bolts used to assemble the parts, all of the pieces of Haeuser’s engine can be produced using a 3D printer and different forms of plastic. He sells the schematic files for just €10 (or about $15).

While such an engine may be limited in its power output, the ease of production and relative cost-efficiency means that you can use one of these devices in almost any sunny environment, including rural areas and developing nations. Granted, you do need a 3D printer in the first place, but once you’ve got one, you can produce as many solar-powered engines as you like.