Bionic Leaf Is 10 Times Better At Photosynthesis Than Real Plants 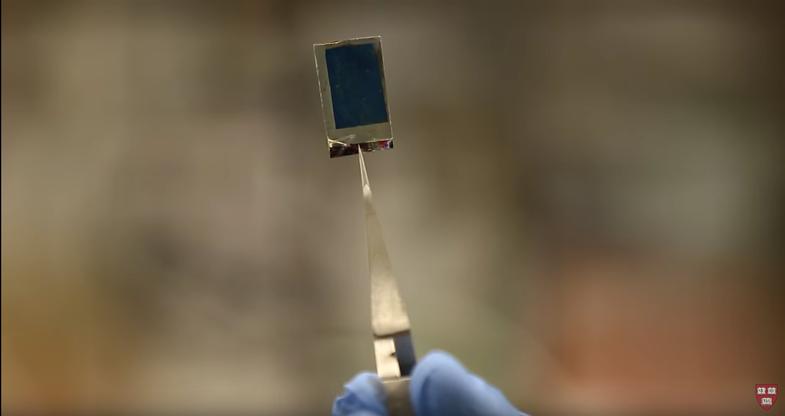 Plants take in carbon dioxide, water, and sunshine to create a sugary fuel. Now researchers have done the same, but even better.

A recent study in Science describes the system, named Bionic Leaf 2.0. In the “leaf,” solar energy splits up a water molecule, and bacteria turn hydrogen and carbon dioxide into liquid fuel, mainly isopropanol. The fuel could possibly be used to power a car’s engine or motor in the future.

The researchers, led by Daniel Nocera and Pamela Silver from Harvard University, have made advancements on their original Bionic Leaf, released last year. The system had some problems, mainly with the metal catalyst that helped the reaction. In the first edition, the catalyst also set off a reaction that attacked the bacteria’s DNA.

The new system has a new catalyst made of cobalt and phosphorus. This solves the bacteria-attacking problem and also increases the efficiency of the reaction to 10 percent efficiency. Normal photosynthesis in plants is one percent efficient at converting solar energy to biomass.

Once cost and the availability of the resources needed for the reaction have been assessed, this technology has the potential to bring another type of solar energy to users. Nocera said in a press release that they are continuing their research, chiefly on bringing this technology to the developing world.