Hubble spies the most distant star ever found

It takes 12.9 billion years for light from the star, Earendel, to reach Earth. 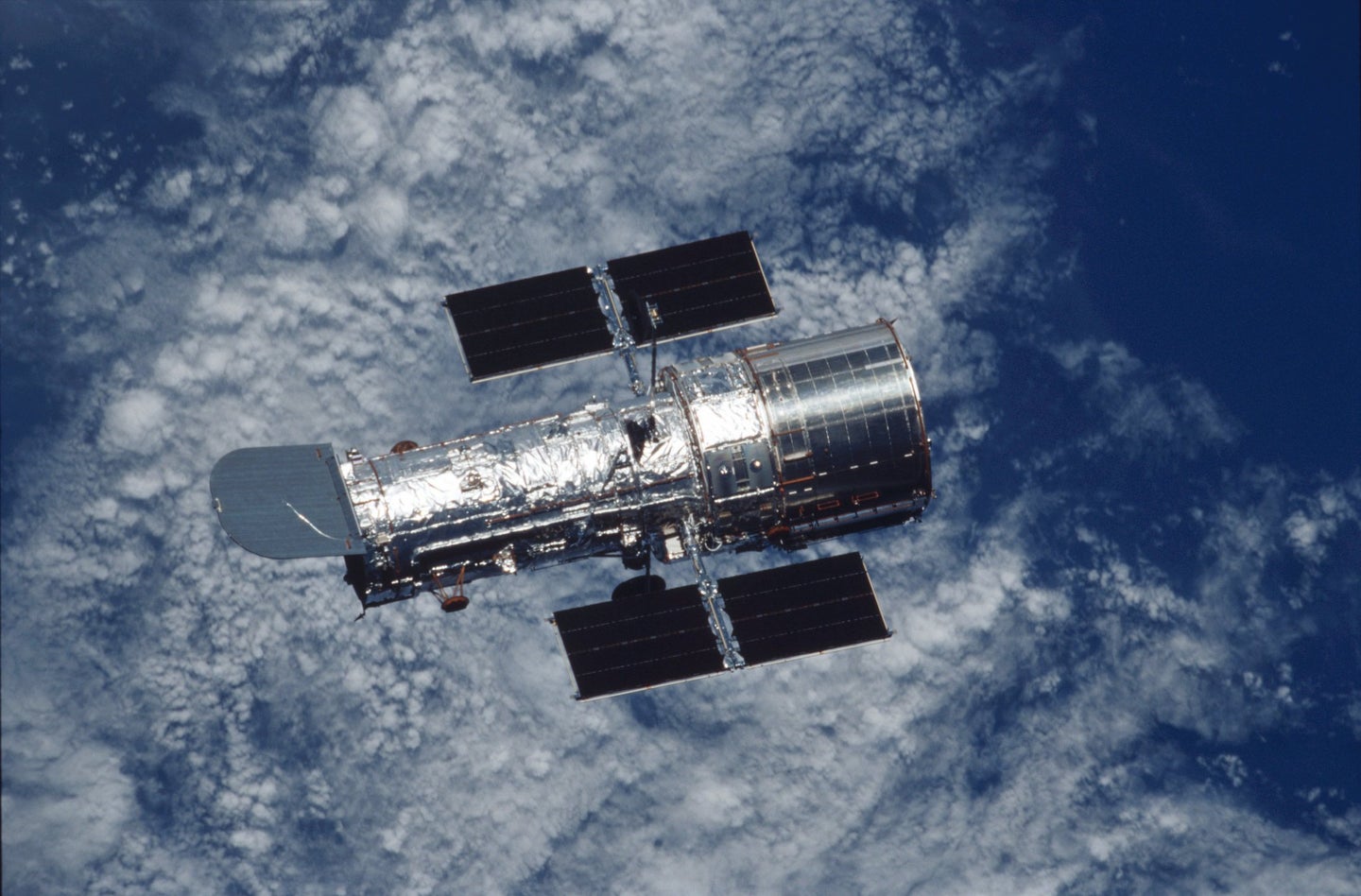 The Hubble Space Telescope has added yet another remarkable discovery to its legacy: It has spotted the farthest star ever found, a star that began to emit light within the first billion years after the big bang. The star is so far away that its light takes 12.9 billion years to reach Earth.

Hubble spotted the star WHL0137-LS, nicknamed “Earendel,” which is Old English for “morning star” or “rising light,” with a combination of its powerful instruments and lucky cosmic alignment. The mass of a huge galaxy cluster, called WHL0137-08, warped space through an effect called gravitational lensing. That distorted portion of the cosmos magnified the distant star’s light, and Hubble was in the right place to get a glimpse. The findings were published Wednesday in Nature.

“It’s by far the most distant individual star that we’ve ever seen,” NASA’s Jane Rigby, a co-author of the paper, told National Geographic. “This will be our best chance to study what an individual, massive star was like in the early universe.”

Earendel’s light, as Hubble observed it, was shining within 900 million years after the big bang, at a time called “redshift 6.2”. The discovery is a major leap from the next-farthest star ever detected, which existed at “redshift 1.5,” when the universe was around 4 billion years old.

The star was so much farther than the previous most-distant star, “we almost didn’t believe it at first,” astronomer Brian Welch of Johns Hopkins University in Baltimore and lead author of the paper said in a statement. Studying Earendel has the potential to teach astronomers more about how earlier stars differ from newer, younger stars, he added.

“Earendel existed so long ago that it may not have had all the same raw materials as the stars around us today,” Welch said. “Studying Earendel will be a window into an era of the universe that we are unfamiliar with, but that led to everything we do know. It’s like we’ve been reading a really interesting book, but we started with the second chapter, and now we will have a chance to see how it all got started.”

In a gravitational lens, warped space causes a natural magnifying glass. Magnification is the most intense along a line called the “critical curve.” The critical curve lined up so well that it intensified Earendel’s light by a factor of 1,000 to 40,000 times. Even so, the star appeared like a smudge to Hubble. Welch and his team have been poring over readings for that smudge of light for the last three and a half years.

“It’s sort of pretty amazing to find this,” Garth Illingworth, an astronomer at the University of California, Santa Cruz who was not involved in this research, told NPR. “It’s remarkable to find an object like that right on the most highly magnified part. That, in itself, is sort of an astonishing discovery.”

Earendel is 8.2 billion years older than our solar system, and at least 50 times more massive than our sun. But the team of astronomers is unsure whether Earendel is just one star, or actually a pair of binary stars. The team plans to conduct follow-up observations with NASA’s recently launched James Webb Space Telescope. Luckily, Earendel is expected to stay in that high-magnification zone for years to come.

“With Webb, we may see stars even farther than Earendel, which would be incredibly exciting,” Welch said. “We’ll go as far back as we can. I would love to see Webb break Earendel’s distance record.”