A Defense Department agency gifted NASA with mirrors to look for worlds beyond our solar system. 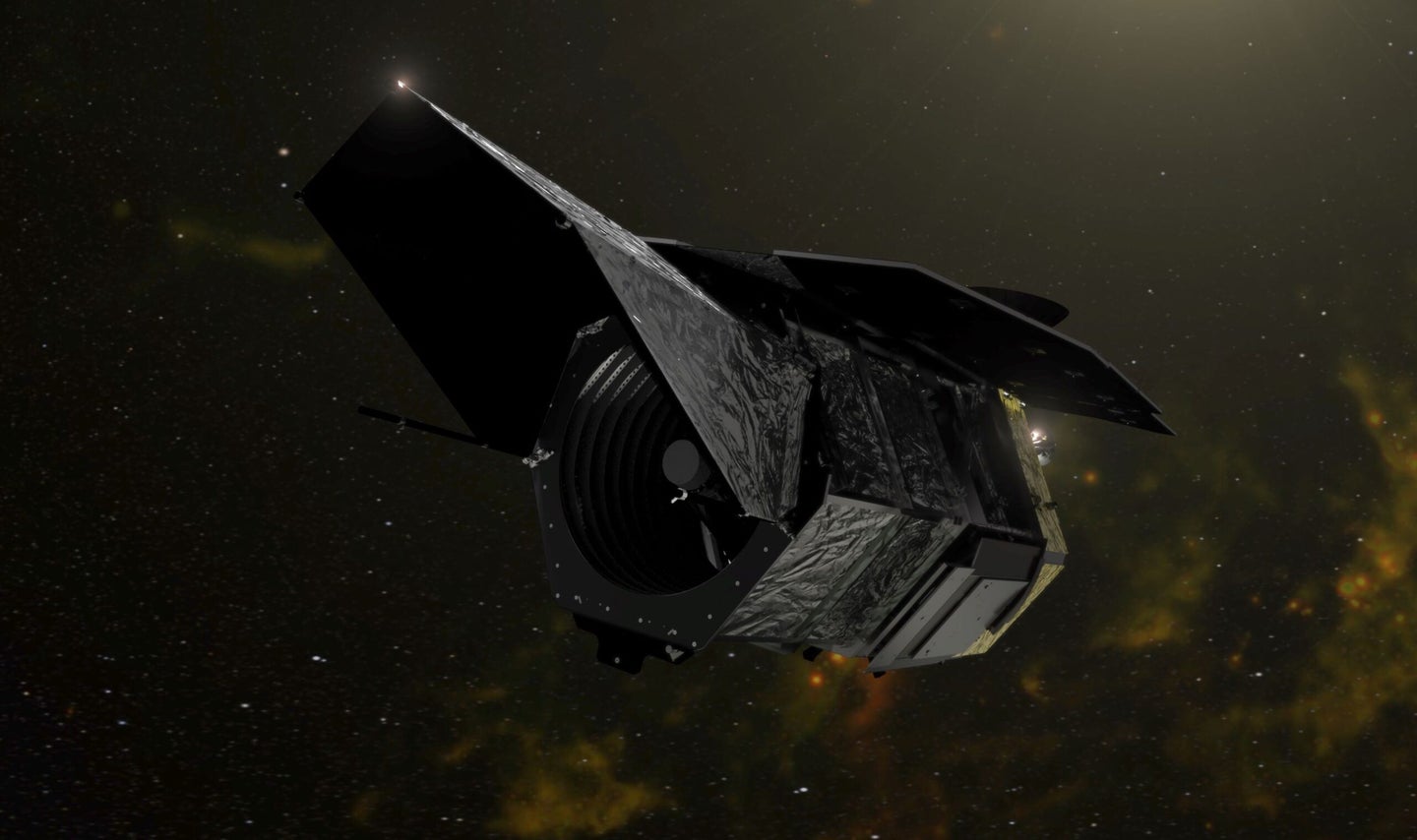 The Nancy Grace Roman Space Telescope, seen in this artist's illustration, will have a wider field of view than the Hubble. GSFC/SVS
SHARE

A former spy satellite is now being overhauled by NASA to search for planets beyond the solar system. Once operational—the space agency plans to launch the craft within the next five years—it could reveal the origins of life itself by hunting for planets in the distant reaches of their solar systems.

Now that the James Webb Space Telescope has finally launched and is in full science operation mode, the astronomical community is looking with eager anticipation to the next major launch, the Nancy Grace Roman Space Telescope. Among other directives, the Roman will be an exoplanet hunter extraordinaire, revealing key information about the formation of solar systems and planets like our own.

But, initially, it looked like the mission would never happen. In the early 2000s, scientists at NASA and the Department of Energy both proposed a new satellite to study the farthest reaches of the cosmos, hoping to understand the cause behind dark energy, the name given to the mysterious accelerated expansion of the universe. However, with political and financial capital shifting to the development of what would become the JWST, the proposal faltered.

And then in 2011 came an unexpected gift. The National Reconnaissance Office, the organization within the US government tasked with building and operating spy satellites for the NSA, CIA, and other three-letter agencies, apparently had some…extras. Sitting in a warehouse in upstate New York were two mirrors, similar to the one on the Hubble Space Telescope, that the NRO seemingly had no use for. The agency offered the mirrors to NASA free of charge.

[Related: In NASA’s new video game, you are a telescope hunting for dark matter]

To give you a sense of just how surreal this is, imagine all of the time, money, and engineering that went into designing and launching the JWST. Now imagine that a spy agency not only had two more JWST-class instruments, but didn’t even need them anymore.

Although the actual cost of the mirror represents only a relatively small fraction of the overall budget for a space mission like this, the unexpected gift galvanized support for the satellite, and the mission got its first official name: the Wide-Field Infrared Space Telescope, or WFIRST.

Now expected to launch in 2026 in 2027 (although likely later, as its development was already pushed back by the delays in getting the JWST to space), WFIRST has received its new monniker, in honor of the first female executive at NASA, Nancy Roman, who also served as the agency’s first Chief of Astronomy in the 1960s and 70s.

The Roman has the same size of mirror as the Hubble’s, but it will boast a much wider field of view. Equipped with a big enough camera, it can essentially act as “a hundred Hubbles” at a time. According to Scott Gaudi, a professor of astronomy at The Ohio State University and one of the leaders of the Roman mission, the team hopes to find around 1,500 exoplanets during its planned primary 5-year mission. However, it’s difficult to pin down the exact number, because figuring out how many planets orbit other stars is “exactly what Roman is trying to find out,” he says.

Among other science goals, one of the primary missions of the Roman Space Telescope will be to hunt down new populations of exoplanets using an innovative trick known as gravitational microlensing.

Microlensing is when “light from distant background stars is temporarily magnified when a planetary system passes close to our line of sight,” Gaudi says. Microlensing relies on sheer coincidence: While staring at one star, if another object passes through the line of sight to that star, that background light will briefly increase in brightness due to the bending of the light around the object.

[Related: See the first image of an exoplanet caught by the James Webb Space Telescope]

The interloping object could be an entire planetary system, or it could be a wandering, “rogue” exoplanet, detached from any star. Astronomers know of only a couple dozen of these lost souls, but they estimate that our galaxy could be swarming with hundreds of billions of them. The Roman can find wandering exoplanets as small as Mars, and could potentially expand our catalog to a few hundred. That will give astronomers critical information as to how chaotic solar system formation is, which will help fine-tune models of the development of Earth-like planets.

Since the microlensing technique has trouble identifying planets orbiting close to their parent stars, the Roman Space Telescope won’t be able to pick out an Earth 2.0, though. Instead, it will focus on planets orbiting far away from their suns, analogous to the gas and ice giants of our solar system. Astronomers don’t know if our solar system, dominated by Jupiter and Saturn, is typical, or if ice giants like Neptune and Uranus are more common. Or maybe even something smaller: Unlike any other exoplanet-hunting telescope, the Roman will be able to detect planets as small as a few times the mass of the moon.

Creating the first-ever survey of planets orbiting far from their stars is crucial to understanding the origins of life on planets like Earth. “Since we think all of the water on Earth-like planets was delivered from the outer regions of planetary systems,” Gaudi says, ”by surveying these regions we can begin to understand how common potentially habitable planets are.”

If that weren’t enough, the Roman has one more planet-hunting trick up its sleeve. It will carry a coronagraph, a device that allows it to block out the light from nearby stars and directly image any exoplanets around it—a feat not even the JWST is capable of.

Taken altogether, Gaudi had a simple reaction to what he was most excited for with this upcoming super-telescope: “the unexpected!”