But that's okay, because it still doesn't mean anything 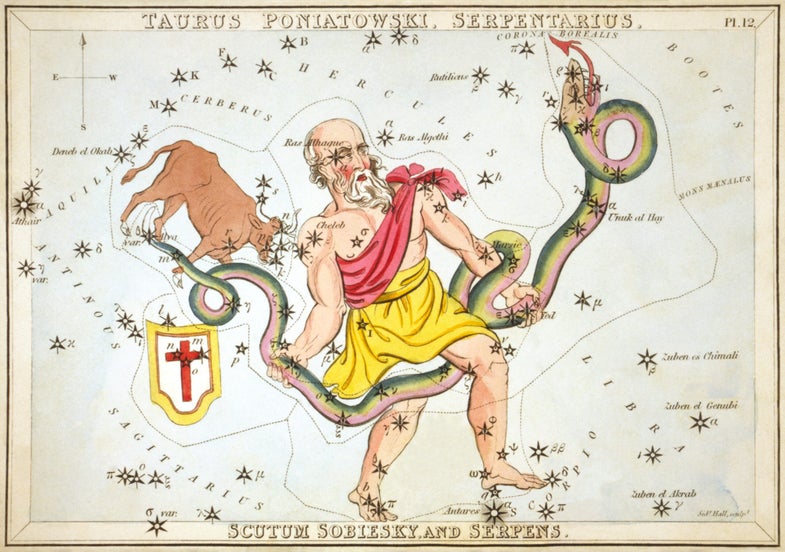 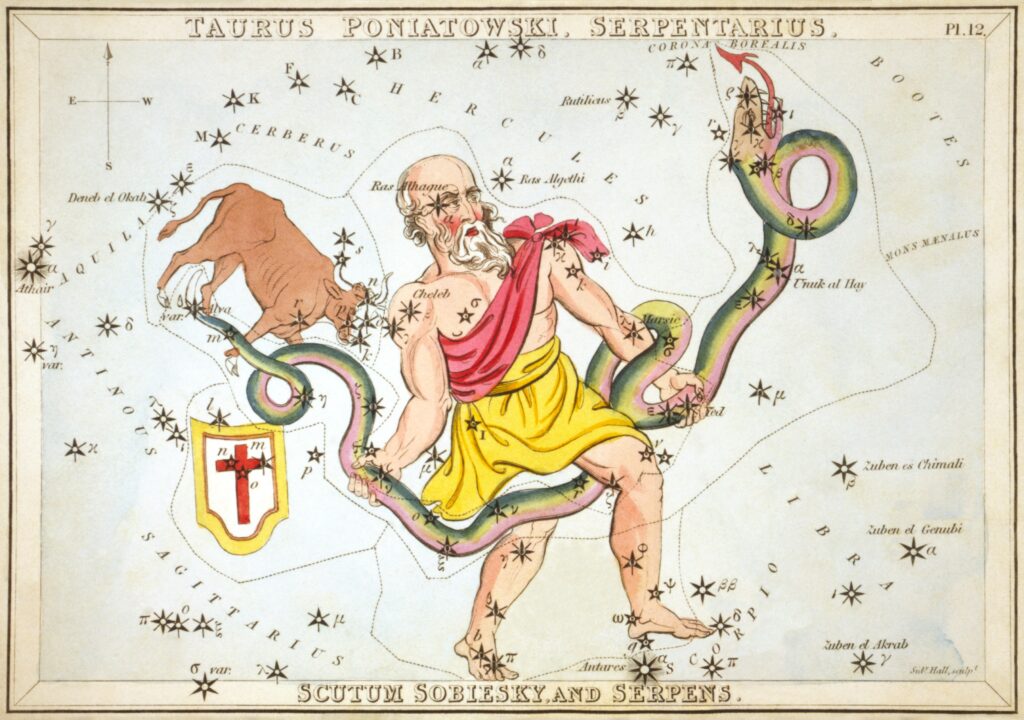 Ophiuchus the serpent-bearer could’ve been one of the twelve zodiac signs, forever subjecting it to people wondering how it would impact their daily fortunes, but it was spared that fate when the Babylonians removed it from their calendar.

But starting last Friday, the news began spreading that NASA was behind a plot to change everyone’s zodiac sign. Except that isn’t what happened. At all.

Gizmodo has a rundown of what exactly went wrong, and how a Space Place page–NASA’s website for curious kids to learn more about the cosmos–became, for some people, the primary piece of evidence in the space agency’s apparent master plan to trick everyone into reading the wrong horoscope.

Traditionally, the 12 signs of the zodiac refer to 12 constellations that cross the ecliptic; that is, the apparent path of the Sun in the sky. Imagine drawing a line from your position on Earth, through the Sun, and out beyond into deep space. Whichever constellation the line happens to pass through, the Sun is said to be “in” that constellation, and it moves “into” different constellations over the course of the year. The only problem is, while there are 12 signs, there are actually 13 constellations along the ecliptic.

Like many things in life, we can thank the Babylonians for this one. They developed a 12-month calendar based on the cycles of the moon. In time, they noticed that each month roughly corresponded with when the Sun moved into a new constellation. Roughly is the key word here: While there was generally a correspondence, the Babylonians had to do some generous massaging to make the constellations line up with their lunar months, and they had to chop one–poor old Ophiuchus–out completely.

Those 12 constellations form the basis of astrology (and again, to repeat NASA: It’s not a science) and why your sign is supposedly tied to your birth month. But here’s the thing about our planet. It doesn’t complete its trip around the Sun in an exact number of days–it takes about 365 days and six hours–which is why we have a leap day once every four years. But because we insist on pinning our calendar to certain celestial events–the longest day, the summer solstice, is always June 21st, while the shortest, the winter solstice, is December 21st, and so on–there’s a slight drift each year between where our planet is in its trip around the Sun when the summer solstice occurs this year compared to where it was last year and the year before.

It’s not much, but the Babylonians developed their calendar 3,000 years ago. Those little differences add up, which is why the traditional astrological signs and what constellation you were actually “born under” is off by almost a month–meaning most people need to double-check which horoscope they should be reading.

But that’s fine, because at the end of the day these corrections still won’t get you any closer to predicting what kind of day you’re going to have.