Why Is It So Hard To Get Rid Of Garlic Breath? 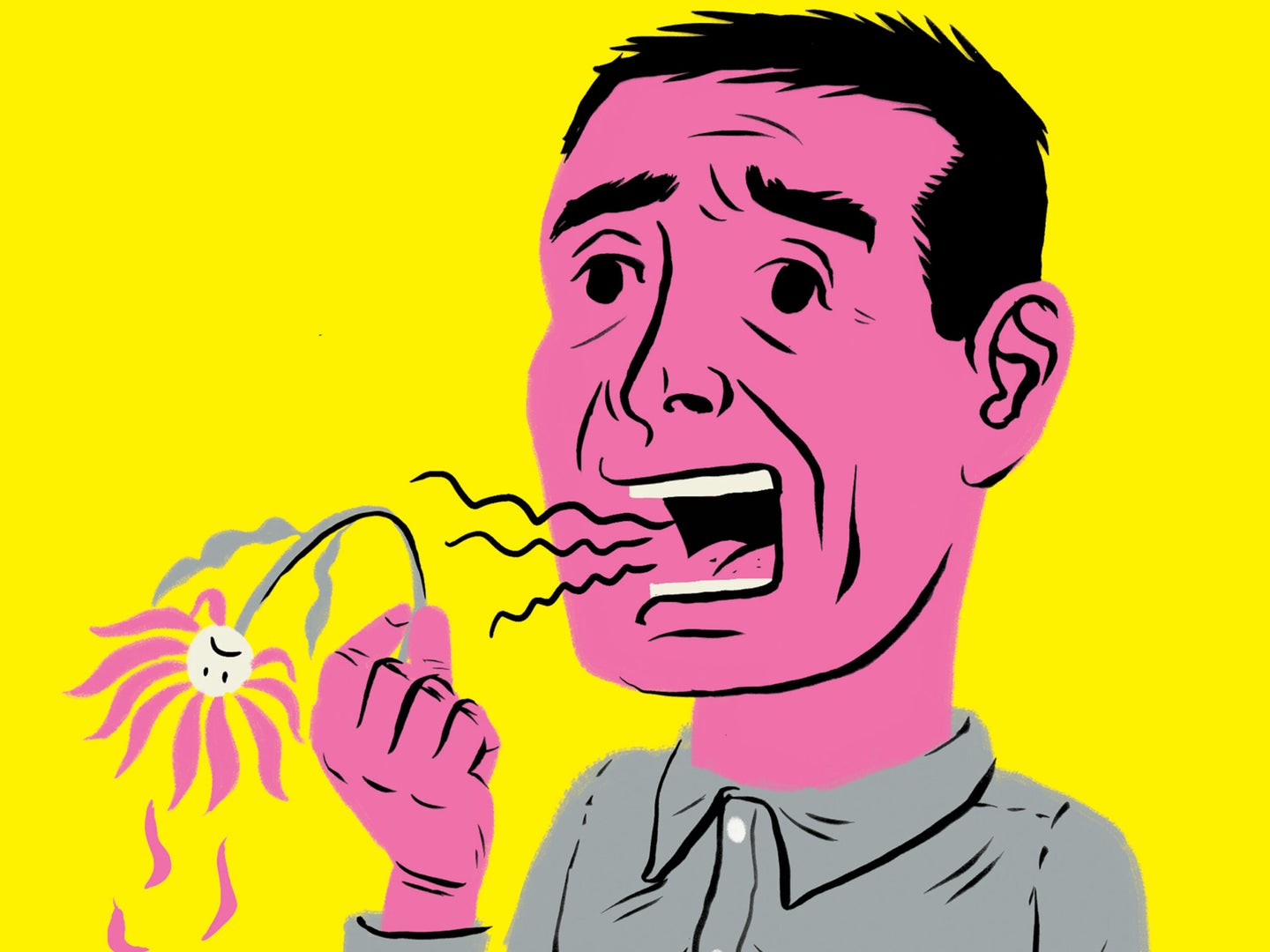 You can tell your partner ate a garlicky meal a full day after the fact, even though he swears he brushed his teeth—twice.

That’s because minced or crushed garlic (the manner in which we normally eat it) releases four volatile sulfur compounds to which our olfactory systems are particularly sensitive.

The biggest culprit is allyl methyl sulfide, which metabolizes more slowly than the others, keeping it at a higher concentration in the body for a longer period. After ingesting garlic, the potent compounds are absorbed into the bloodstream, then become vaporized while going through the lungs. The result: bad breath.

Doctors reported on this phenomenon for the first time in 1936. A patient given garlic soup through a feeding tube had garlic breath hours later, even though the food never touched his mouth.

“Twenty-four hours after consuming garlic, you can still smell it,” says Sheryl Barringer, a professor of food science at Ohio State University and author of a 2014 Journal of Food Science paper on how various foods react with sulfur volatiles.

You can also sweat out the garlic aroma because the volatiles are excreted through pores. (The same thing can happen with strong spices and other alliums that are volatile and metabolize slowly.)

To mitigate the strength and duration of the offending compounds, munch on an apple or raw mint after a garlicky meal, Barringer says. The polyphenolic compounds in both are proven to neutralize the garlic volatiles. Eating parsley or drinking milk, especially with your meal, will also help tame garlic breath, as will green tea and lemon juice.

But flossing and brushing your teeth are just as important. “If there are still tiny particles stuck back there, you will continue to have garlic breath,” Barringer says.

Ask Us Anything
ask anything
food
garlic
print
sept-oct 2016