Earth May Be Unique In The Universe

What does that mean for the search for alien life? 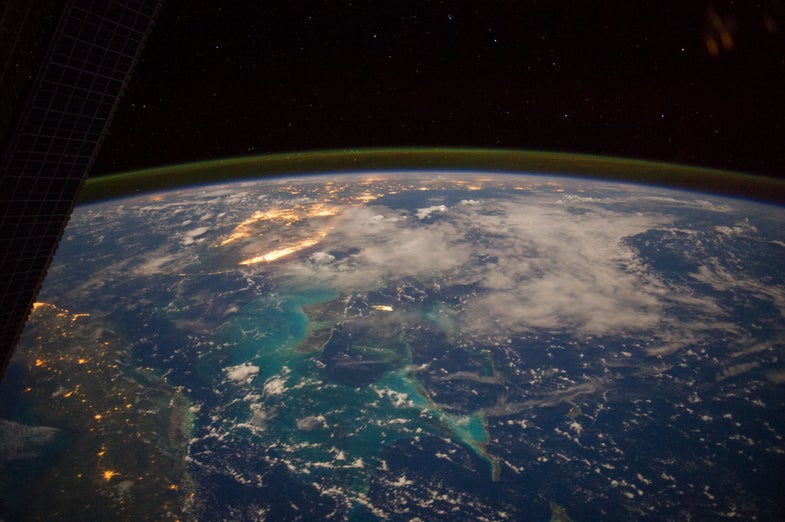 Of the 2,000 or so planets that have been discovered in other solar systems, only a few are similar in size to Earth. For years, scientists have assumed that more rocky, Earth-like planets are out there, and that we just haven’t spotted them yet because they’re small. But a new paper, posted to the arXiv and submitted to The Astrophysical Journal raises the question, What if there aren’t other “Earths” out there?

After completing a census of the cosmos, a research team based in Sweden thinks that Earth may be more special than we thought. Scientific American‘s Shannon Hall explains:

What they concluded was that Earth may be unique, among the universe’s estimated 700 million trillion rocky planets. The other rocky planets’ older ages and locations in foreign galaxies may make our planet one-of-a-kind. But there are a lot of uncertainties, as the researchers themselves admit.

For one, we may not have an accurate view of how common terrestrial planets are. Out of the estimated 100 billion planets in the Milky Way, we’ve only seen 1000 of them–just a tiny, infinitesimal sample of the total. Plus, smaller, Earth-sized planets are harder to detect, so who knows how many we’re missing. And we’ve only really zoomed in on the planets in one small piece of the sky, within just one galaxy. It’s like trying to guess the composition of a big, complex jigsaw puzzle when you only have one or two pieces in your hand.

So it still seems quite early to make generalizations about how common Earth-like planets may be. But if these researchers are correct, what does that mean for the search for extraterrestrial life?

If we assume that organisms on other worlds require the same basic things that life on Earth does–food, water, sunlight, a solid planet to live on, etc.–then there may be fewer places in the universe where life could potentially evolve. And since intelligent life evolves even less often, the universe may indeed be a very lonely place.

But perhaps life could even evolve in environments that are completely different from Earth–such as on Saturn’s moon Titan, where rivers and lakes are filled with hydrocarbons instead of water. Our neighbors in the universe may exist after all… but in a form unlike anything we have imagined.