Spiral galaxy M74 exists 3.2 million light-years away from earth in the constellation Pisces. 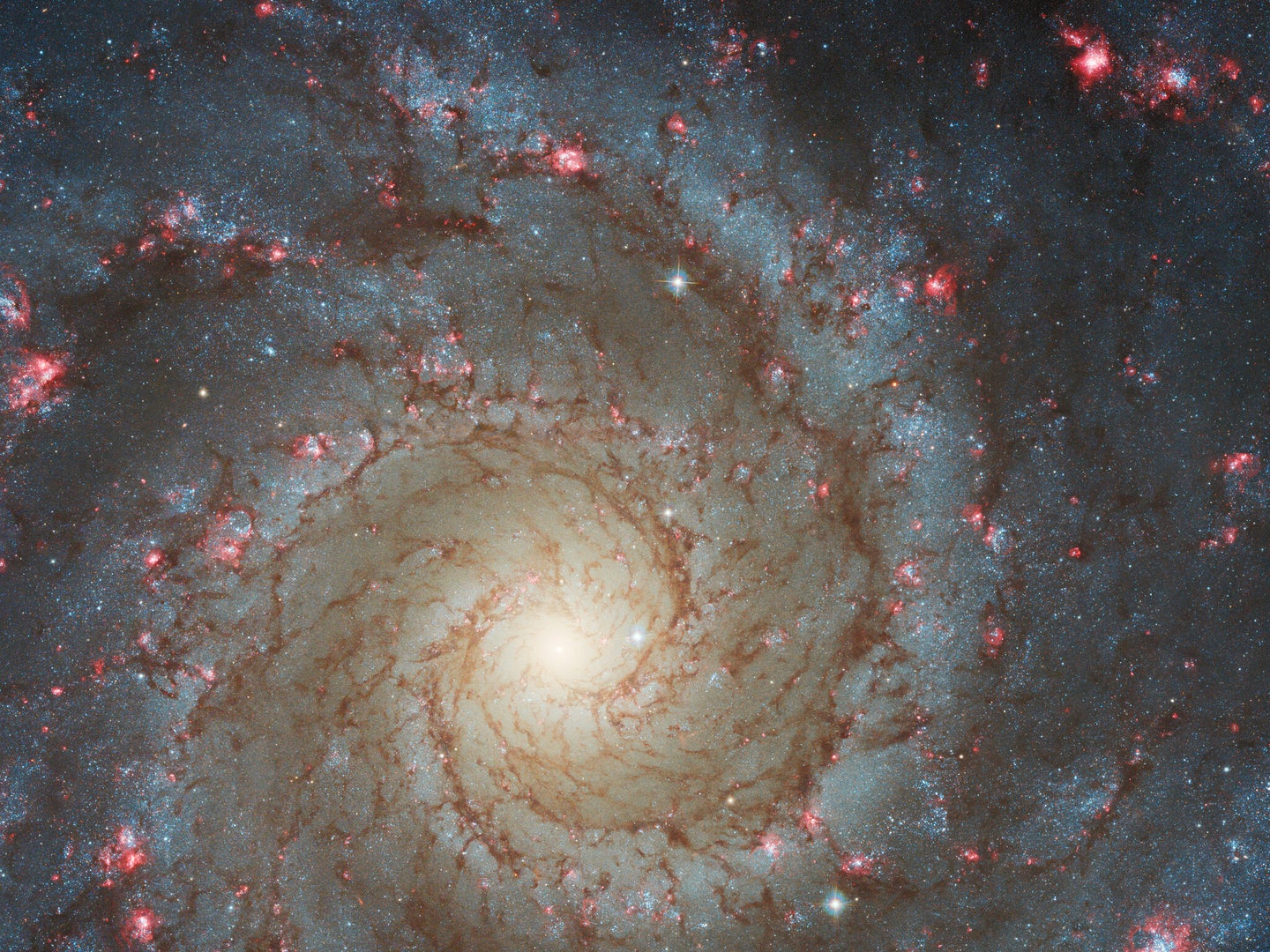 While most of us were busy watching for the latest Artemis I news, NASA/ESA Hubble Space Telescope has sent back stunning new images of spiral galaxy M74. The rosy pink arms of the image show areas of new star formation. Lying around 3.2 million light-years away from earth in the constellation Pisces, M74 is also known as the “Phantom Galaxy,” and is a familiar sight for the over three-decades old space telescope.

According to the European Space Agency (ESA), the reddish blooms that spread throughout M74 are large clouds of hydrogen gas. The ultraviolet radiation from hot, young stars embedded within the hydrogen clouds make them glow. Astronomers call these regions H II regions and they mark the spot of recent star formation. H II regions are an important target for space telescopes like Hubble and ground-based telescopes because they help astronomers determine a galaxy’s distance and chemical composition. The data in this image was by Hubble’s Advanced Camera for Surveys, which even has a filter specially tailored to pick out only this specific red wavelength of light.

Additionally, Hubble’s observations also paved the way for future instruments and M74 was one of the first targets of the powerful, newly launched James Webb Space Telescope.

Spiral galaxies typically have a rotating disc with spiral ‘arms’ that curve out from a dense central region. They have a more complex structure and are surrounded by sparsely populated halos. These halos are roughly spherical regions above and below the plane of the discs. Our galaxy, The Milky Way, is an example of a spiral galaxy.

[Related: Astronomers may have found a galaxy that formed without dark matter.]

Elliptical galaxies do not have as defined shape as spiral galaxies, have a more spherical appearance smooth, and are typically observed in galaxy clusters. Cygnus A is one of the most famous elliptical galaxies and was a central part of the plot of Carl Sagan’s 1985 sci-fi novel “Contact.”

Irregular galaxies have odd shapes and appear to be more grainy. Unlike spiral galaxies, they do not have a central nucleus, and they are generally blue with a few exceptions that are red. IC10 is a recent example of an irregular galaxy and is the closest-known “starburst galaxy” to Earth. Starbursts are regions undergoing huge amounts of star formation do to having a lot of cool hydrogen gas to fuel it.