The World’s Largest LEGO Structure Is A Car Ad 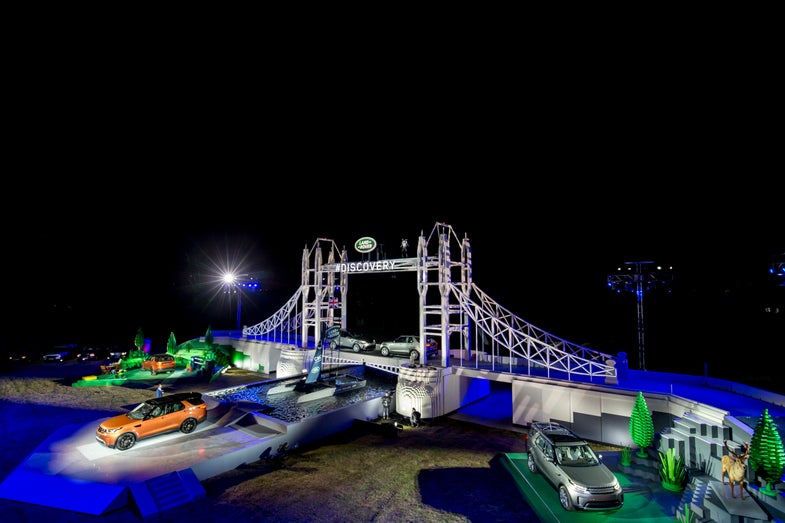 There is a new record for largest LEGO structure in the world. Built over many months, the 42-foot-tall replica of London’s Tower Bridge is only miniature in comparison to the real thing. The structure is still large enough to hold two SUVs, and the drawbridge lifts enough for a third vehicle to drive underneath. With 5,805,846 bricks, it’s almost half a million bricks larger than the previous record-holder, a giant LEGO X-wing.

Completing the spectacle of the structure and the car launch, noted adventurer and TV personality Bear Grylls arrived in a helicopter and rappelled down to place the last brick on the bridge.

If the structure appears stronger than a child’s toy should be, that’s because the LEGO bricks encase a massive internal scaffolding, which does all the heavy lifting.

So really, it’s less of a LEGO structure, and more of an interconnected LEGO decorative layer around a structure. But it still looks cool.

Watch the video from Guinness about it below: