According to a new study, alfalfa sprouts are a contender for the first plants future Mars colonizers could farm. 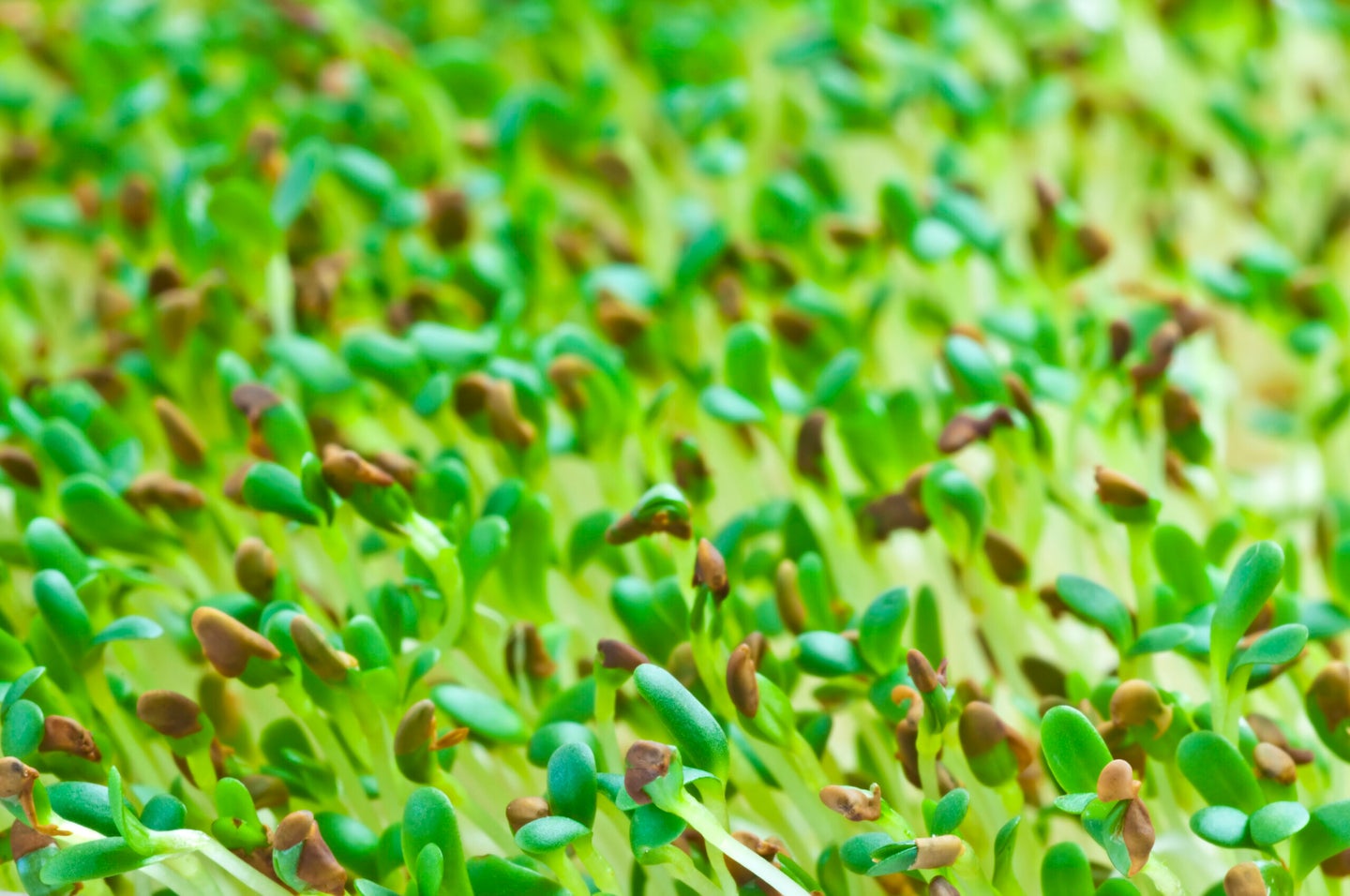 Alfalfa sprouts have the potential to grow in Martian soil. Deposit Photos
SHARE

While NASA doesn’t expect to have astronauts setting foot on Mars until the late 2030’s-early 2040’s, there are still numerous obstacles for the space agency ahead of any long-term settlement on the Red Planet. The process of growing food on Mars, depicted in the sci-fi novel and 2015 film The Martian gave audiences a glimpse at what space agriculture could look like. In both real-life Mars and the planet depicted in the movie, it will be anything but simple since the Martian soil (or more specifically, regolith) will need additional nutrients .

According to a recent study published in the journal PLOS One, alfalfa plants are the first greens that future astronauts should plant on Mars. The team of researchers from Iowa State University found that the forage crop can survive in tough volcanic soil similar to what is found on Mars. It could be also be used as an additional fertilizer ingredient to grow other food like lettuce, turnips, and radishes.

“The low nutrient content of Martian soil and high salinity of water render them unfit for direct use for propagating food crops on Mars,” write the researchers. “It is therefore essential to develop strategies to enhance nutrient content in Mars soil and to desalinate briny water for long-term missions.”

Producing a copy of Martian regolith, or the loose, unconsolidated soil on top of bedrock, here on Earth is quite challenging. The team put together the best approximation they could, before testing different seeds in it. Martian soil is largely weathered basalt and previous studies show that basaltic regolith contains multiple macro elements (carbon, hydrogen, oxygen, and others) and minor elements (manganese, chromium, nickel, and more).

The team found that the alfalfa didn’t need any additional fertilizer to grow as healthily as it does in Earth soil. They then used the alfalfa as a fertilizer in the simulated Martian soil and successfully grew lettuce, turnips, and radishes. These types of plants plants are amendable for space farming, as they do not need much water or maintenance and can grow rapidly.

But this study does not mean that astronauts are ready to start farming Mars. The experiment required fresh water, which Mars currently doesn’t have readily available. The team theorizes that the briny water on Mars could potentially be treated with a type of marine bacteria and filtered through Mars’ plentiful volcanic rock to produce fresh water.

“For the first time, we report an integrated use of a biofertilizer and microbe for effective treatment of basaltic regolith soil and briny water simulants, respectively, for suitable resources that sustain plant growth,” the team writes.

One of the biggest remaining questions is how accurately Martian soil can be replicated here on Earth. The simulated soil was also missing some of the toxic perchlorate salts, which would need to be somehow washed out of Martian soil by the desalinated water. The experiments outlined in this research do give scientists and astronauts potential simple and efficient potential options to explore to best re-create regolith.

“This study signifies that for long-term purposes, it is possible to treat in situ soil and water resources for farming on Mars to sustain human missions and permanent settlements,” write the team.