The Cosmos, Explained: Neil deGrasse Tyson On His New Series

Tyson will pick up where Carl Sagan left off, hosting a continuation of the "Cosmos" TV series. 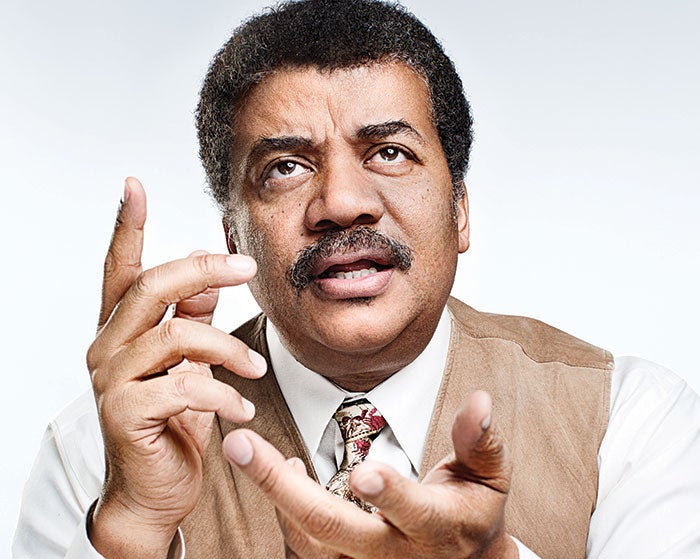 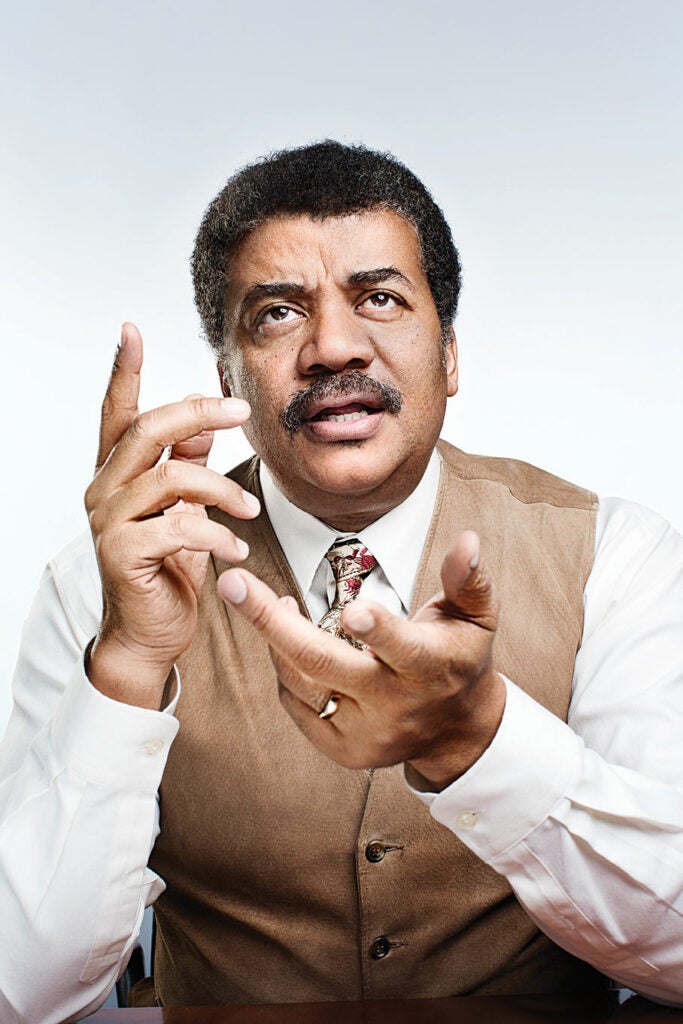 When astronomer Carl Sagan hosted the 13-part TV Series “Cosmos: A Personal Journey,” in 1980, it soon become most widely watched PBS show in the world, and still holds a legendary place in the hearts of many. Now, more than three decades later, the series is being brought back, with astrophysicist Neil deGrasse Tyson as cosmic guide. Tyson, who also spoke with Popular Science for our March issue, chatted with us about the show.

Popular Science: What was it like picking up where Carl Sagan left off?

Neil deGrasse Tyson: It would be weird to try and be Carl, but I’m just trying to be myself, and luckily I already have a following and a comfort level reaching the public and bringing the universe down to Earth. I think that’s what Cosmos is about. Some people think it’s a remake, but it’s not–it’s a continuation.

PS: Did you have any interaction with Sagan during his life?

NDT: I think we were in the same company four times. But one story I re-tell in the first episode of the show: When I was 17, he invited me to the campus of Cornell after I applied, and he showed me his lab. He was already famous at the time and I was struck by how kind and tender and interested he was in my ambitions to become a scientist–he didn’t have to be. I realized he had a powerful commitment to promoting science and to keep this epic adventure moving forward. I vowed I would give the same attention to people [upon becoming a scientist].

The last time I interacted with him was at his 60th birthday party. People came from around the world speaking his praises. No man can deserve this much praise, I thought. Then he gave a public talk, the greatest talk I’ve ever heard by any person ever, and I realized he did deserve all the praise.

PS: What new material do you cover on the show?

NDT: In the original there’s a “cosmic calendar,” which we revisit, but upgrade. The calendar is the size of a football field. I walk on the calendar and it lights up. January 1st is the Big Bang. And modern day is just before midnight on December 31st. You realize that cavemen were walking around 15 seconds before midnight, and Jesus was 7 seconds ago. You realize how late we are to the party, and how small we are in time. Knowing that can really effect you.

NDT: It effects you because it’s humbling. You can’t come away with this cosmic perspective thinking that you are better than others and want to fight. That’s why you’ll never have astrophysicists leading nations into war.

PS: Does this “cosmic perspective” effect you?

NDT: It affects me continuously, in every thought I have. It also helps to put life’s challenges in perspective. We live on this speck called Earth–think about what you might do, today or tomorrow–and make the most of it.

PS: What was it like working with [co-executive producer] Seth MacFarlane?

NDT: It was great to work with Seth and [Sagan’s original collaborators] Steven Soter and Ann Druyan. [MacFarlane] is actually interested in science, and there’s a certain science literacy in Family Guy, as shown for example by Stewie’s time machine. The director of photography, Bill Pope, also did The Matrix.

PS: What do you want people to get out of the show?

NDT: I want to share this cosmic perspective, and help people learn to be better shepherds–to learn to be good rather than evil. Ideally I’d want people to be intellectually, psychology, spiritually moved, and realize the role of science in their lives.

PS: What do you mean by spiritual?

NDT: If you think of feelings you have when you are awed by something–for example, knowing that elements in your body trace to exploded stars–I call that a spiritual reaction, speaking of awe and majesty, where words fail you.

PS: How might we make it to another star?

NDT: We need to learn to live for 1,000 years. And even that’s not long enough. That fastest space ship we’ve launched carrying people will get to the nearest star in 70,000 years. Either we need a community of fertile people, or to extend human life.

[“Cosmos: A Spacetime Odyssey” will premiere on Sunday, March 9 at 9 p.m. ET/PT, and again on March 10 at 10 p.m. ET/PT on the National Geographic Channel. Check out the March 2014 issue of Popular Science_ for an interview with Tyson about whether he’d prefer a jetpack or a flying car, amongst other topics._]