FYI: Can You Overdose On Halloween Candy?

To be safe, maybe limit your all-Snickers diet to just this week. 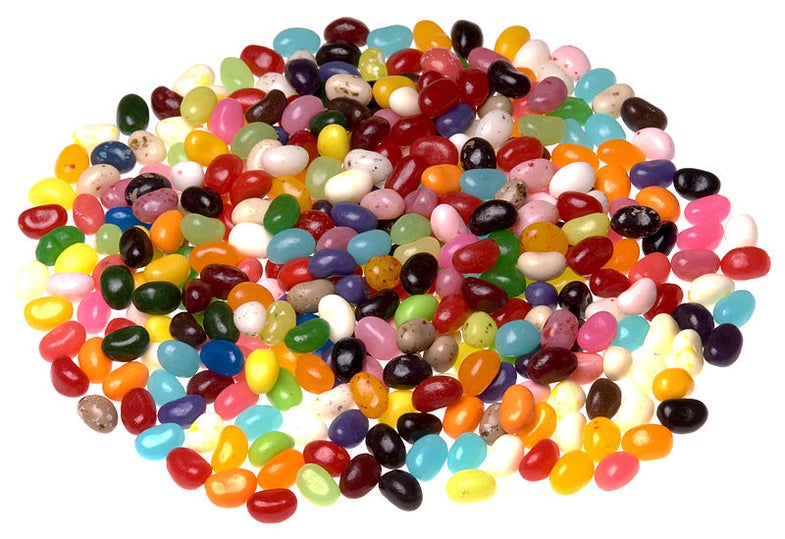 Say you pulled in a really good haul of Halloween candy this year. Like, really good. Months of supply good. What, hypothetically, would happen if you decided to forgo your bland, nutritional diet and embark on every 8-year-old kid’s dream—an all-candy binge? Is it physically possible to experience a dangerous candy overdose?

“If you’re talking about one or two days, you could definitely make yourself sick,” according to James Ruff, a postdoctoral researcher at the University of Utah and one of the few scientists who didn’t guffaw and delete my email when I asked how long it would take an all-candy diet to turn deadly. “You’re going to feel terrible.” You’ll have a huge surge of energy, followed by that characteristic sugar crash once your body releases insulin and your blood sugar level tanks.

Luckily, overeating any food in one sitting can be somewhat self-limiting, as nutrition specialist Linda Benjamin Bobroff, a professor at the University of Florida, told me via email. Once you start vomiting, you’ll stop eating. So it’s pretty unlikely that eating your whole bag of Halloween candy could actually kill you—unless it was pre-poisoned, I suppose, which incidentally is quite rare.

If it happens to be old-fashioned black licorice, made from actual licorice root (rather than similar-tasting anise), it could actually land you in the hospital. The FDA warns that an excess of black licorice could cause arrhythmia, an irregular heart rhythm. A sweetening compound called glycyrrhizin, derived from licorice root, can cause the body’s potassium levels to drop, at which point you might experience abnormal heart rhythms, high blood pressure and even heart failure, so the FDA recommends limiting the amount of black licorice you eat to no more than 2 ounces a day for people over 40.

Or if you’re eating sugar-free candy, a wild and crazy binge could give you what one researcher dubbed “Halloween diarrhea,” the explosive effect of the artificial sweetener sorbitol.

In terms of regular ol’ Halloween candy? A few mini Kit Kats and a handful of jelly beans won’t put you in the ER. But what if you were to really, really go crazy? What if you only ate Halloween candy for like, weeks?

Well, first, cavities. Gross. Plus you’d experience some major nutritional deficiencies, since most candies lack the protein, fiber and vitamins that come from your normal diet. The worst issue, however, would likely be a significant increase in your risk factors for disease. Though I couldn’t find a specific case study of a candy overdose, researchers say that based on what we know about chronic sugar consumption, a long-term candy binge could have some nasty effects on your body. 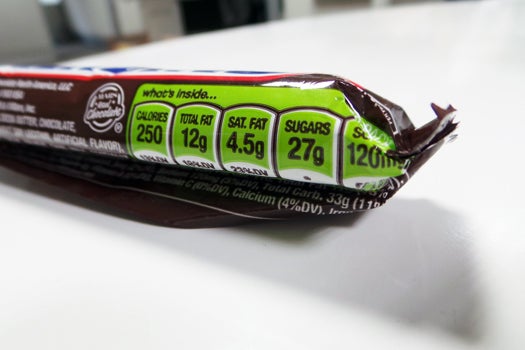 Ruff estimates that if you were getting 50 percent of your calories from candy, it would take between five and eight weeks to start to see long-term health consequences. “There’s something special about sugar,” he says. “If you eat your motherlode for a month or two, you’re going to start getting signs of insulin resistance and fatty liver disease, increases in cholesterol, triglycerides.”

“It only takes 2 weeks to see increases in cholesterol levels in young, healthy people.”

Increases in cholesterol levels, a risk factor for cardiovascular disease, might start to show up even sooner. “We have shown that when we add extra sugar to people’s lives in the form of sugar-sweetened beverages—that’s, lets say 165 grams of extra sugar [per day]—it only takes 2 weeks to see increases in cholesterol levels in young, healthy people,” says Kimber Stanhope, a research scientist in the department of molecular biosciences at the University of California, Davis. “I suspect candy would do the exact same thing.”

It appears that if you ate a ton of sugar for a few weeks, then went back to a low-sugar diet, those effects would be reversed, she told me, a sentiment Ruff echoed. But a significant portion of Americans eat too much sugar on the regular.”The problem is, no one goes back down to a no-sugar diet, so we don’t know how reversible all these changes are,” she says. “Especially given Halloween is followed by overeating at Thanksgiving, and Thanksgiving is followed by overeating at Christmas.”

And all these metabolic consequences would just be the effect of sugar. Whether the fat in candies like Snickers or Almond Joy would have an added impact compared to fat-free candy corn is up for debate. “It is my hypothesis that we would see greater risks associated with consuming fat and sugar together than what we already see when we consume sugar with a relatively low fat diet,” Stanhope says, but she hasn’t been able to get funding to explore that particular research question yet.

“The relationship between sugar and disease looks to be causal,” she says. “Sugar may be promoting these diseases,” like diabetes and cardiovascular disease. She notes, however, that not all researchers feel there’s enough evidence to prove that causal relationship. “This is still considered a controversial question.”

(Disclosure: I have a 9-ounce bag of candy corn sitting in my lap as I write this. Bring it on, death.)

Ask Us Anything
Nutrition
food
holidays