Dogs can understand more complex words than we thought

Our furry friends might be understanding more than you think. 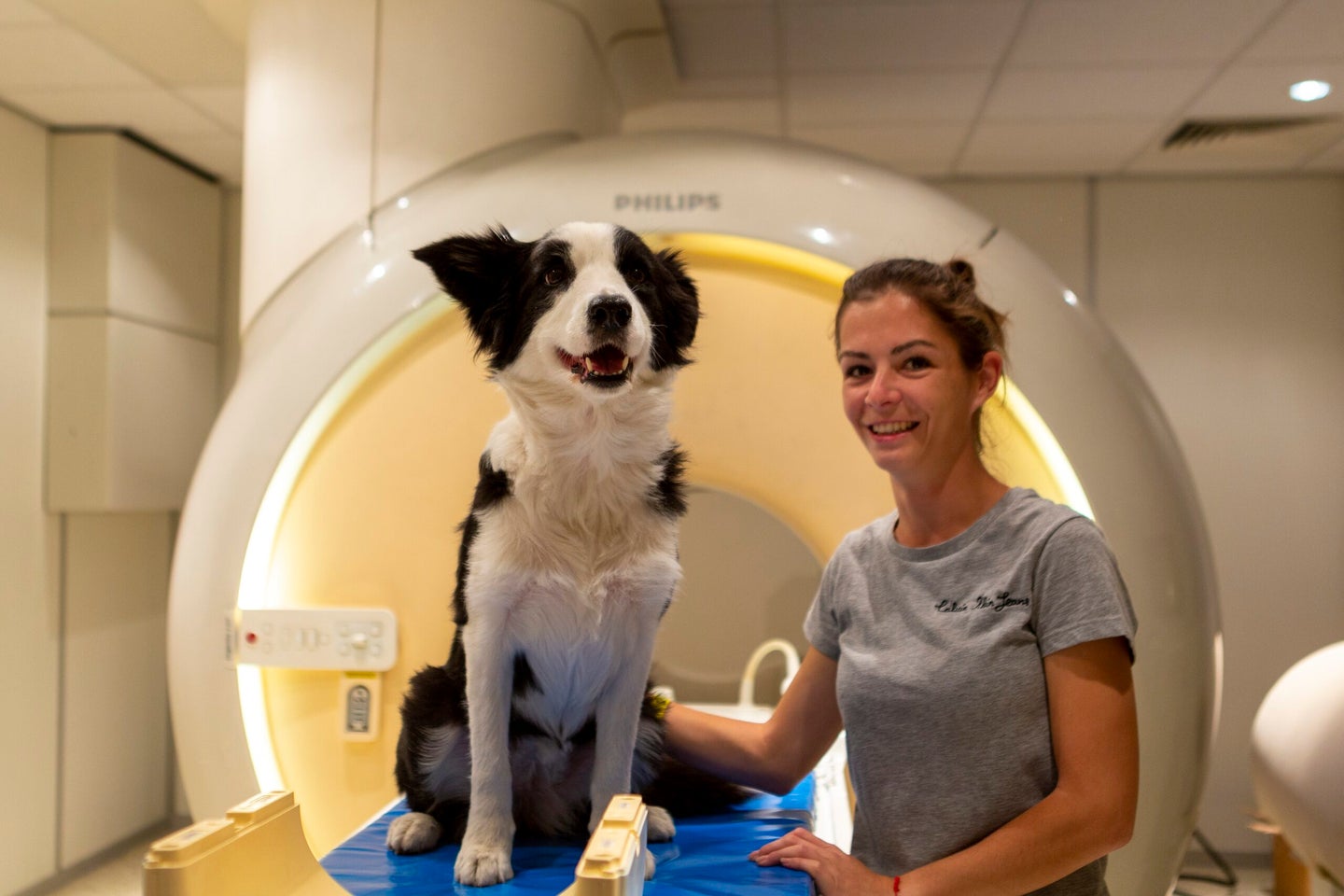 A family pooch probably knows the words “sit” and “stay,” but new research suggests they might understand far more than these simple commands.  Researchers already knew that a human infant, at eight months old, can figure out that a group of syllables often strung together are words, whereas ungrouped sounds are probably not. Now, in a study done at Eötvös Loránd University in Hungary, scientists found that dogs do the same thing.

Humans constantly speak to and around dogs, making these mammals most likely to make connections about the words people are saying. The researchers in this study also knew that this kind of complex computation of sounds exists in the animal world, too, between creatures.

“This is the first time that we show that a non-human mammal can do this,” says Mariana Boros, one of the lead authors on the study. “[Dogs] can apply the exact same computations that infants are doing to segment the speech.”

The researchers also wanted to understand what parts of the dogs’ brains are making these calculations. To understand this, the researchers brought in K9 pets to their lab to study their brain activity. These dogs sat for electroencephalography (EEG) and magnetic resonance imaging (MRI) testing, both of which allowed the dogs to be awake and unrestrained for the study. Owners trained their dogs to sit still for at least eight minutes for MRI testing, a feat of its own.

In the EEG tests, researchers applied electrodes to the dogs’ heads, let them hang out with their owners, and then played recorded stimuli. First, they played long streams of speech made up of artificial words, varying the frequency in which these words were played, and sometimes playing just syllables of words. Then, they played isolated recordings of each word, and of syllables that did not make up one of the artificial words. The EEG activity showed the dogs were able to tell the difference between both the frequently and infrequently played words, but also, could tell the difference between a full word and equally frequently played syllables of words, a much more complex distinction.

Researchers sought to find exactly where in the brain this was happening with MRI tests. While the dogs sat in MRI scanners, they played speech streams either built up from words that were repeated in a pattern, or from randomized syllables of words. Two areas of the brain were associated with being able to tell the difference: a more generalist brain region, and a specialized brain region. The general brain region, the basal ganglia, responded more strongly to the randomized syllables, whereas the auditory cortex, a much more specialized region, responded more strongly to the structured word speeches.

“In humans, in the auditory cortex, the language related brain regions are the ones that are active in such tasks” says Boros. “So it was interesting to see that also in dogs, the auditory cortex plays a very important role in the segmentation of words.”

The study showed for the first time that non-human mammals, specifically dogs, are capable of making these complex judgements, and additionally, these distinctions are being made in the same brain regions as humans. Many questions are left unanswered still, though, like how exactly these dogs came to have these capabilities, and how their language development will continue into the future.