Anyone can be a Nobel Prize nominee. Here’s why a 16-year-old climate activist deserves to win.

She's been a fearless advocate for young people and the planet. 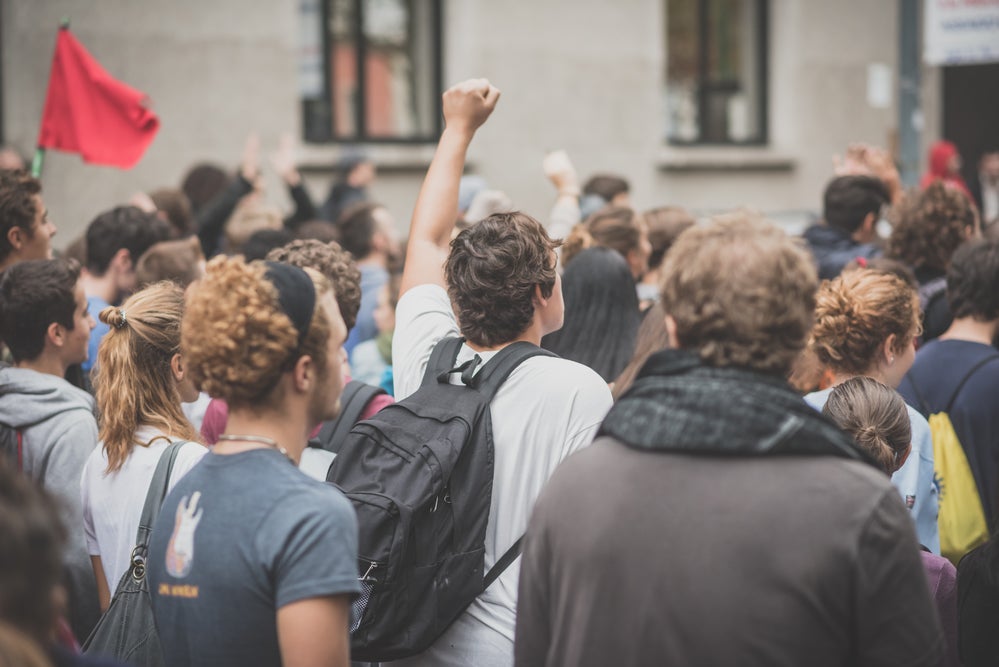 Students are striking for climate change, and this 16-year-old is at the helm of the movement. Deposit Photos
SHARE

Like many members of her generation, Greta Thunberg is best known for a viral video. But most of those internet exploits don’t net a Nobel Prize nomination. While her peers rise up the YouTube algorithm with short comedy skits or make it big on Instagram with makeup tutorials, the 16-year-old Thunberg became famous for a speech in which she condemned world leaders for their unwillingness to act on climate change—right to their faces.

The shareable moment came from a January speech Thunberg gave at Davos, the annual World Economic Forum held in the Swiss town of the same name. Standing in front of Jane Goodall, Bono, and Christiana Figueres of the UN, the Swedish teen told the room: “Some people have said we have all created the climate crisis, but that is not true. Because if anyone is guilty, then no one is to blame. And someone is to blame. Some people, some companies, some decision-makers in particular have known exactly what priceless values they have been sacrificing to continue making unimaginable amounts of money, and I think many of you here today belong to that group of people.”

It’s this kind of radical candor that prompted a qualified party to nominate her for the Nobel Peace Prize. If she wins, beating out 304 other individuals and organizations currently under consideration, she’ll be the youngest laureate in the award’s history. (The current record-holder is 17-year-old education rights activist Malala Yousafzai.) Here’s everything you need to know about the new nominee:

What does this nomination mean?

The Nobel Prize doesn’t work like the Oscars; it’s certainly an honor just to be nominated, but it doesn’t mean the prize committee has fingered you as one of their top contenders. Nominations come from political leaders, academics, former laureates, and other folks who meet the committee’s qualifications, which you can find here. Announcements of a person’s nomination can’t come from the Nobel Prize Committee. In this case, it’s likely the nominator let Thunberg know (or told the press directly) to help boost awareness of an organized global strike happening Friday (more on that below).

Is this a PR stunt? Yes. But it’s one that shows Thunberg’s actions have garnered the attention of some powerful people.

In 2018, Thunberg stopped going to school and instead spent her days outside the parliament building in Swedish capital of Stockholm. At first, her only company were her signs announcing her intentions, but eventually the movement grew to include young people around the world. Though spread across Europe and the globe, the students are united as the #FridaysForFuture movement. On March 15, they will hold their first organized global strike.

The movement has sparked controversy, especially because it involves minors leaving school. But some see it not just as ethical, but perfectly logical given the dire situation they face. As philosopher Rupert Read wrote in The Conversation, when it comes to climate change, “we adults ought to humbly realize that it is no longer for us to tell our children what to do.”

“The ultimate reason why we should support these school strikes,” Read added, “is that, through our inaction that has led the world they will inherit to this pretty pass, we adults have forfeited the moral right to do anything else.”

Freddy Andre Ovstegard, one of the Norwegian politicians who nominated Thunberg for the award back in January, seems to agree. Ovestegaard told the French news agency AFP, “Greta Thunberg has launched a mass movement which I see as a major contribution to peace.”

Typically, the names of Nobel Prize nominees are kept under lock and seal for 50 years. No one but Thunberg has been named, but we know there are hundreds of others under consideration. The winner will be announced in October and awarded in a ceremony in Oslo, Norway on Dec. 10.

Whatever happens, it’s clear Thunberg will continue her crusade. In a brief tweet she said she was “honored and grateful for this nomination.” But the rest of her social media feed is focused on tomorrow’s strike.