Toddlers may be wired to help their dog friends

How children interact with dogs might help us understand how humans meet their own goals. 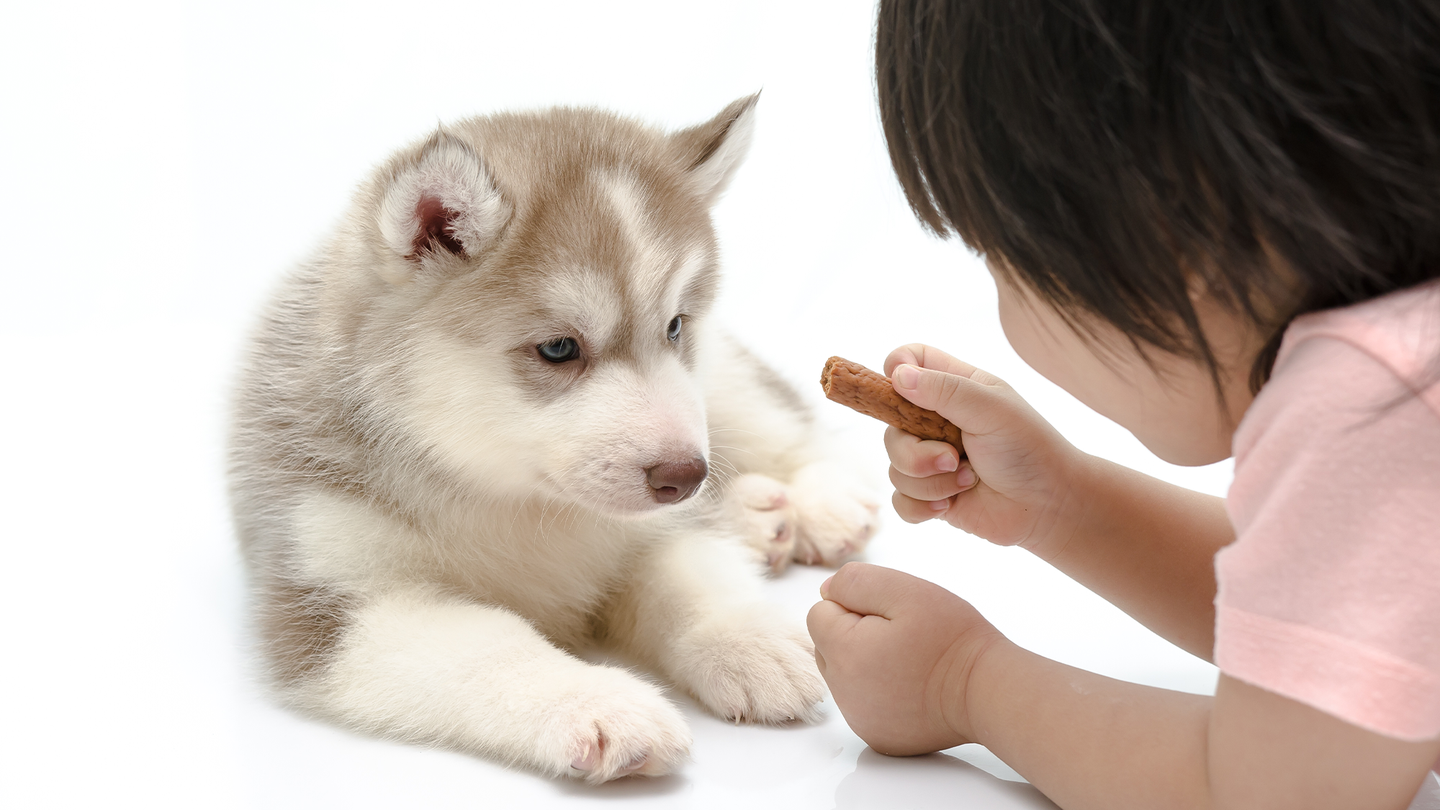 A toddler offering a treat to a puppy. Deposit Photos
SHARE

Growing up with a family pet can have numerous benefits for kids beyond just having a playmate. They can help kids learn, with one study finding that children are more relaxed when reading to a dog instead of a peer or an adults. They can decrease a child’s risk of developing asthma and also help children become more nurturing.

But why do young children react to animals in certain ways?

A study published January 15 in the journal Human-Animal Interactions offers a glimpse into whether or not toddlers impulsively help dogs within certain scenarios.

[Related: The National Institutes of Health is studying dogs to learn more about aging and genetics in people.]

With the help of three friendly dogs named Fiona, Henry, and Seymour, a team studied how 97 toddlers (51 girls and 46 boys) between two and three years-old interacted with them in certain situations, particularly helping a dog reach a treat or toy.

In half of all events, the toddlers gave the dogs an out-of-reach treat and toy after a dog attempted and failed to get it themselves. By contrast, children offered dogs objects that had been previously ignored by the canines only 26 percent of the time.

The team found that the children were also twice as likely to help a dog reach a toy or a treat if the dog showed an interest in them. They also found that more lively dogs were also more likely to receive help and children helped the dogs get treats rather than toys.

“These findings lend support to our hypothesis that children’s early-developing proclivities for goal-reading and prosociality extend beyond humans to other animals,” said co-author and research leader Rachna Reddy, a postdoctoral fellow in evolutionary anthropology at Duke University, in a statement.

As expected, the researchers say, having a dog at home (44 of the children came from homes with dogs) increased a child’s likelihood to help. They also found that more engaged dogs and the out of reach object being food rather than a toy also increased the children’s likelihood of the helping.

“From several perspectives, children’s proclivities to attribute desires and goals to pet dogs during real-life, in-person interactions is unsurprising,” said Reddy. “However, we observed as early as 2 years of age, children behave in ways showing they are not only able to read the goal-directed behavior of another animal but can and do employ that knowledge to help an animal reach its own goal.

According to Reddy these early childhood behaviors may have an important evolutionary significance.

Future studies are needed to examine other psychological components of instrumental helping, including what emotions underlie a child’s motivation to help dogs, how culture and cognition shapes these motivations, and how these processes changes as a child grows older.