The genes that turn wild animals into pets

A 60-year fox study could explain how dogs got domesticated. 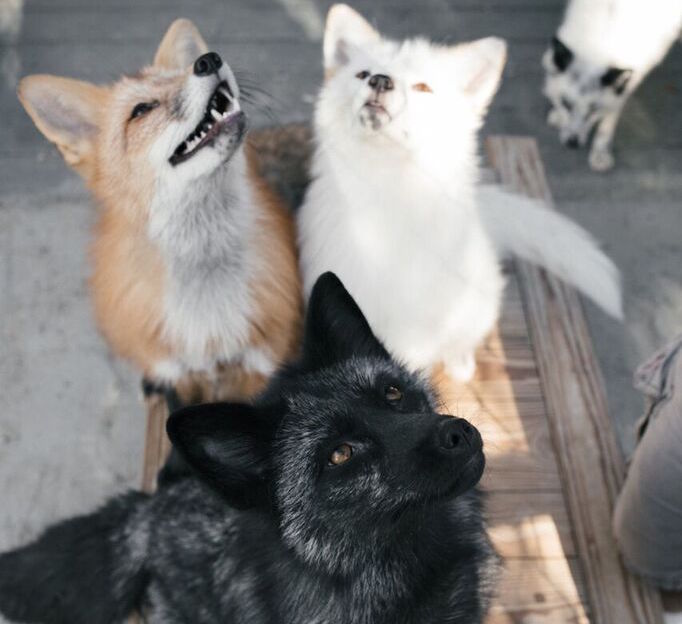 A wise man once asked, what does the fox say? A thing or two about how canines acquiesce to domestication, apparently. Thanks to the efforts of an ongoing breeding experiment started during the days of the Soviet Union, researchers have shed new light on genes that govern how foxes and other canine species turn from aggressive dogs on the hunt, into cute, cuddly, and friendly puppers that don’t much mind a more sedentary lifestyle.

The research, published Monday in Nature Ecology & Evolution, all started in the year 1959, when a Russian scientist named Dmitri Belyaev decided to launch an ambitious project to learn how dogs descended from wolves and took on traits that turned them tame. Belyaev suspected dogs’ behavior and attitudes were genetically heritable. So he decided to start breeding foxes—lots of them—to see if he might replicate the wolf-to-pup transition.

Belyaev took a group of silver foxes (red foxes with silver fur) and started to breed the friendliest, most docile individuals with one-another. In this case, docile essentially refers to individuals that didn’t attack humans who stuck their fingers in the cages. The most docile critters of each subsequent generation were bred with one-another, and eventually their descendents started to actively seek out humans and exhibit signs of affection. They even started sporting some of the signature biological features of domesticated dogs, like curly tails and floppy ears. (Yes, some people keep them as pets.)

At the same time, Belyaev and his team also bred another line of silver foxes that were selected for aggressive and volatile behavior, attacking and growling at any humans who approached them. More than 40 generations later, the project has yielded two distinct lines of tame and aggressive foxes.

“The red fox domestication experiment offers an excellent opportunity to replay the domestication history of dogs and identify domestication genes, because domestication itself was done precisely by the selection on the behaviors,” says Guojie Zhang, a professor at the University of Copenhagen and a coauthor of the new study. Thus, in 2010, she and her colleagues decided to sequence the red fox genome in an effort to pinpoint what types of genes are most central to domestication. It’s these two Russian fox cohorts, plus a third that represent a more neutral set of behavior, that make up the focus of the new study.

Zhang and her team produced a reference genome for the red fox and sequenced the genomes for 10 tame foxes, 10 aggressive foxes, and 10 conventional foxes. They identified 103 genetic regions that varied most widely between the three populations. Most of these genes, she says, are related to either behavior or immune functions. About 45 of these regions overlapped with those known to modulate domestication in dogs, while another 30 were already linked to tameness or aggressiveness in red foxes.

There was one gene in particular that piqued the team’s interest above all else: SorCS1, located on a spot that is well known for governing behavioral traits. “This gene is among the top genes best known as signs of artificial selection, since it significantly differs between populations,” says Zhang. Perhaps most intriguing, “the function of this gene has been well studied before and has been revealed to be associated with many human behavioral disorders,” such as autism and Alzheimer’s. A recent study on mice found that SorCS1 plays a role in neuronal signaling, which could explain why it affects behavior and temperament. “Therefore, it is highly possible that this gene plays a key role in tame or aggression selection in fox.”

The new study is a pretty fascinating milestone of a project that has been going on now for nearly 60 years, but the results themselves should not be considered proof of what gene or gene regions definitely dictate whether a canine can be made into a good boy or not. “Many genes are interacting together in complex ways to regulate the behavior traits,” says Zhang. For example, one genetic region that varied between populations is associated with Williams-Beuren syndrome, a disorder that stereotypically causes incredibly outgoing and friendly personalities in humans. One would expect this region to show up in the tame foxes, but it was popping up in the aggressive ones instead. On the other hand, people with Williams-Beuren syndrome also experience high bouts of anxiety. In foxes, anxiety can fuel fear of humans, which would invariably lead to aggressive responses. Tracing the path from genotype to phenotype is oftentimes a horrendously tangled mess.

Moreover, “it is a challenging work to identify the selection signal, because the signal on an individual gene might actually be very weak,” says Zhang. The team found success in identifying and studying SorCS1 in depth, but “we do not expect that we can identify all individual genes through this comparison,” she adds.

Nevertheless, the findings suggest not only that domestication behaviors in different species might function through the same genetic mechanisms, but also that behavior can radically transform over just a few generations of outside pressure.