If you’ve seen the board-breaking power of a professional martial artist and thought it looked superhuman, don’t worry: for a... 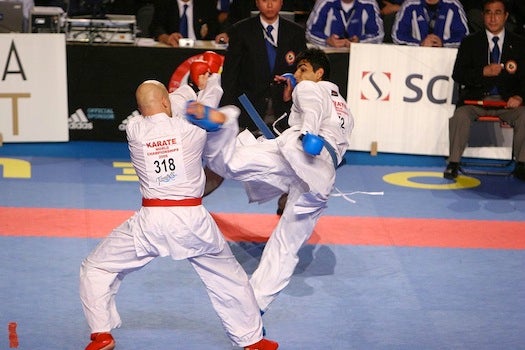 If you’ve seen the board-breaking power of a professional martial artist and thought it looked superhuman, don’t worry: for a while now science couldn’t fully explain it, either. The punches delivered by a top-notch fighter are so tough that muscle strength alone can’t account for them. But researchers from Imperial College London and University College London have discovered that a unique brain structure could be what gives experts fists of fury.

In a new study just published in the journal Cerebral Cortex, the researchers explain their process. They took 12 black belts with an average of 13.8 years’ worth of karate experience, and also 12 control subjects who exercised regularly but who weren’t trained in any martial art. After that, they hooked their arms and torsos up to infrared markers so their punching speed could be measured. The karate experts punched harder (obviously), but it was the timing of the punch, not just the brute strength, that mattered. Their wrists and shoulders were synchronized to give the most force.

Brain scans revealed what gave the experts that edge. Their brains’ white matter–the bundles of fibres that send signals to other parts of the brain–was structurally different in the cerebellum and primary motor cortex, two parts responsible for movement. The difference also correlated with the age they started training and how long they’d studied karate, suggesting their unique brain structure and powerful punch are related.