Olympics FYI: Why Is Cannabis Considered a Performance-Enhancing Drug? 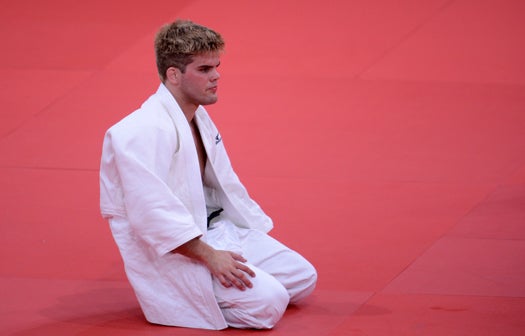 On Monday, American judo competitor Nick Delpopolo was expelled from the Olympics for doping with cannabis. (He says he accidentally ate a pot brownie.) The key word here is “doping”–if the situation were different, Delpopolo might just have been “using.” Cannabis is on the Prohibited List, a catalogue of banned drugs maintained by the World Anti-Doping Agency, or WADA. Test positive for a drug on WADA’s list? You’re doping, and face dismissal from the Games. Test positive for anything else, even if it’s illegal? No worries–you’re free to compete. This is one powerful list. But why is cannabis, the users of which are not necessarily renowned for their athletic ability, on it?

I spoke with WADA about the process of creating and maintaining their list. Here’s the basic rule, a version of which appears in their official code:

[F]or a substance to be considered for inclusion on the List of Prohibited Substances and Methods, it needs to meet any two of the following three criteria:

Elsewhere in the code (page 14, if you’re reading along), the spirit of sport is defined–it’s both as inspiring as you might hope and as inexact as you might worry. It says the spirit of sport is characterized by values like “character and education,” “fun and joy,” and “courage.” The idea that a drug’s legality, and an athlete’s medal, might come down to something so subjective is troubling. And there is, unfortunately, no document explaining which banned drugs specifically violate the first and second criteria, which violate the first and third, and which violate the second and third. And the list is an ever-evolving entity.

Caffeine, for example, was considered dope as recently as the 2000 Summer Olympics in Sydney and the 2002 Winter Olympics in Salt Lake City, then removed from the list in 2004. Quoting WADA’s representative: “One of the reasons caffeine was removed was that many experts believe it to be ubiquitous in beverages and food and that having a threshold might lead to athletes being sanctioned for social or diet consumption of caffeine. Furthermore, caffeine is metabolized a very different rates in individuals, and may even be performance decreasing when consumed at certain levels.” But cannabis is still listed.

Cannabis is considered to be in violation of all three main disqualifying criteria. It violates the first (performance enhancement) because of its ability to decrease anxiety and fear, and potentially to improve some types of oxygenation and concentration. It violates the second (health risk) because it can result in, among other things, “decreased cognitive performance” and “pulmonary toxicity.” It violates the third (spirit of sport) because of the drug’s widespread illegality and conflicts with the “role model of athletes in modern society,” along with “negative reactions by the public, sponsors, and the media.”

Cannabis appears on the Prohibited List with a couple of caveats. It is banned only for use “in competition”; that is, a positive test for the drug that does not take place at the time of performance would not be against the rules. And it is on the Selected Substances List, containing substances that could conceivably be used recreationally or medically without any intention to boost performance. Use of a substance on the Selected Substances List could result in a smaller punishment than use of something that’s just on the regular Prohibited List.

WADA’s Prohibited List will never be perfect–they’re asking questions for which there simply aren’t easy, perfect answers. But the organization should be applauded for the transparency with which they conduct themselves. Perhaps one day, cannabis will go the way of caffeine. If it does, you can bet that the reasons for the change will be explained fully and available online.