FYI: Will Climate Change Make it Too Hot Again?

It depends on who you are and where you live. Humans thrive in Kuwait City, where average highs top 110°... 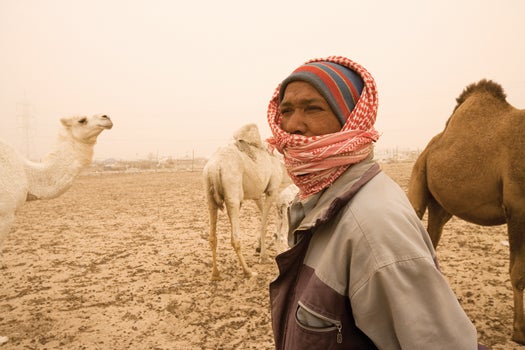 It depends on who you are and where you live. Humans thrive in Kuwait City, where average highs top 110° for several months a year. But extended runs of hot days and warm nights do lead to spikes in mortality, and climatologists expect an increasing number of heat waves in years to come.

How many deaths will result? People in different cities have different susceptibilities. Simon N. Gosling, a geographer at the University of Nottingham in England, looked at 30 years of data from cities around the world and observed that people who live in hot cities tend to be more resilient. In New England, Gosling found one additional death per 100,000 city-dwellers when the temperature reached 99°. In Texas, the same effects kicked in only when the mercury topped 113°.

Humans can adapt, though. Robert E. Davis of the University of Virginia studied heat-related mortality in 28 American cities during a period when heat waves were becoming more frequent. In more than two thirds of them, the number of deaths decreased. Why? We now have access to better health care, as well as smarter urban planning, more effective heat-watch warning systems and more air conditioners. So if the average summer temperature in Boston were to rise steadily over the next 80 or 100 years, New Englanders would start responding to the heat more like the people in Texas—or even Kuwait City.

future of the environment
july 2012