For the First Time, A Snapshot of A Single Atom’s Shadow

There’s no way to take a direct picture of something as small and fleeting as a Higgs boson. But physicists... 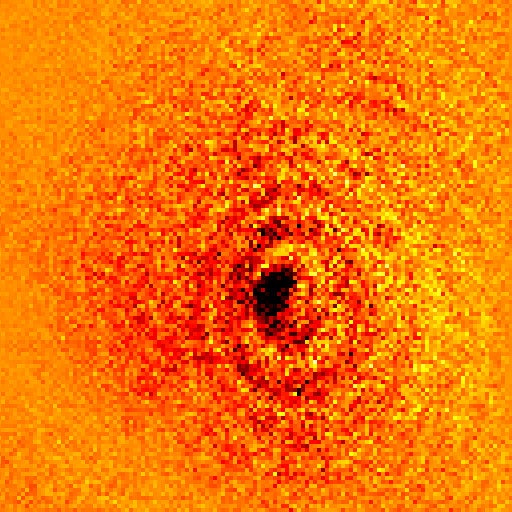 There’s no way to take a direct picture of something as small and fleeting as a Higgs boson. But physicists can photograph its relatives, directly imaging atomic structures and improving our understanding of atomic physics. Now comes this picture: The first-ever snapshot of a single atom’s shadow.

This is the smallest thing that can be seen in visible light. A team led by Dave Kielpinski at Griffith University in Australia figured out how to grasp a single ytterbium ion in an electric field, holding it in place so it could be photographed. They shone light on it in a specific frequency, and used an ultra-high-resolution microscope to focus on it. The atom cast a shadow on a CCD detector, which captured the image you see here.

The team wanted to prove how many atoms it takes to cast a shadow, and it turns out it was just one. This has some practical applications, too, like determining what types of light would be needed to watch certain biological processes without damaging them.

The research appears this week in Nature Communications.