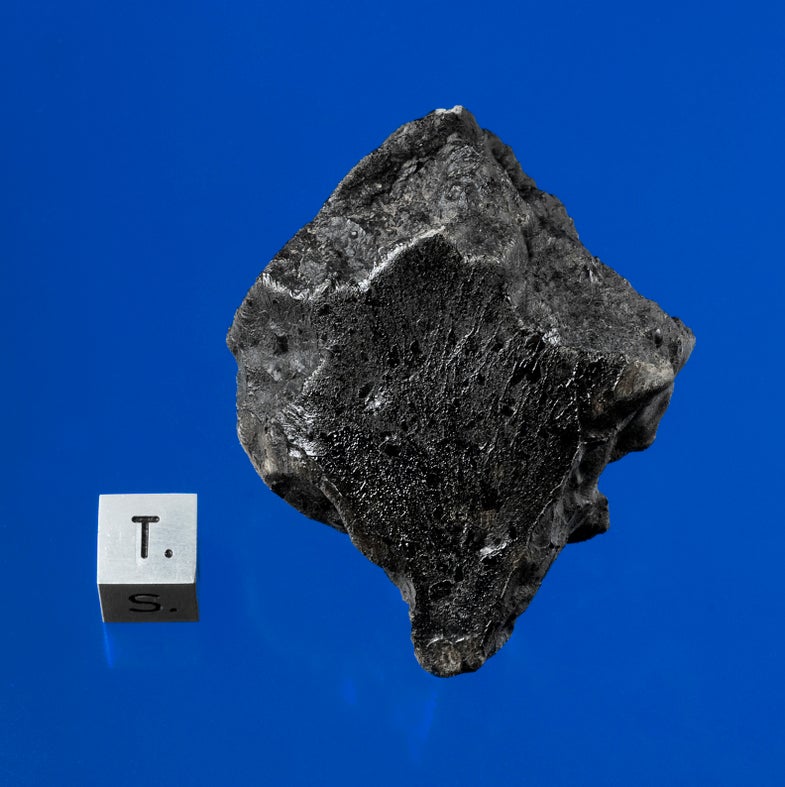 Here is a sample of the first Martian meteorite (specimens of the planet Mars) known to have struck Earth in 49 years. Recovered in December 2011. 91.4 grams. Darryl Pitt
SHARE

Meteorite chunks that fell in Morocco last summer came from Mars, yielding an unexpected 15-pound sample of the Red Planet, scientists confirmed Tuesday. It’s the first time in 50 years — and only the fifth time ever — that scientists have chemically confirmed that pieces of rock came from Mars.

The rocks were found in December and analyzed by a committee of meteorite experts. The biggest one weighs a little more than 2 pounds.

It’s a bonanza for scientists (not to mention collectors) who would love to get their hands on a fresh Mars sample return. These igneous rocks have probably been hurtling through the solar system for a few million years, so they’re not fresh in terms of their Martian removal. But they’re certainly fresher than the previous Mars samples — the other ones sat on Earth for at least decades, and in some cases millions of years. The meteorites were sheared off Mars after an impact.

Meteorite dealer Darryl Pitt, who is selling a large stock of samples, said he has sold dozens of specimens already. Wednesday morning, he bought some more material from a Berber seller in Morocco, he said in an e-mail.

“I suspect that this will be the last of it. It’s selling very fast — faster than any meteorite in the last twenty years — to both private collectors and institutions,” he told PopSci.

The sum total of Mars rocks on Earth weighs in at 240 pounds, according to the AP. The last time anyone found a freshly fallen one was in 1962. Despite decades of sending orbiters and robots to Mars, no one has ever built something that could return home, bringing Mars samples with it. NASA and the European Space Agency are collaborating on instruments for a potential future mission, but this at least a decade away.

Alan Stern, former NASA sciences chief and current director of the Florida Space Institute at the University of Central Florida, told AP this meteorite fall was like Christmas in January. “It’s nice to have Mars sending samples to Earth, particularly when our pockets are too empty to go get them ourselves,” he said.

Pitt is charging between $11,000 to $22,500 an ounce — making the meteorites 10 times more valuable than gold. You can check out some remaining samples.