Confirmed: Ancient Egyptian Jewelry Was Made From Meteorites

Barraging ancient beads with tests tells archaeologists that jewelry came from space-rocks--and that iron-working was an older job than we thought. 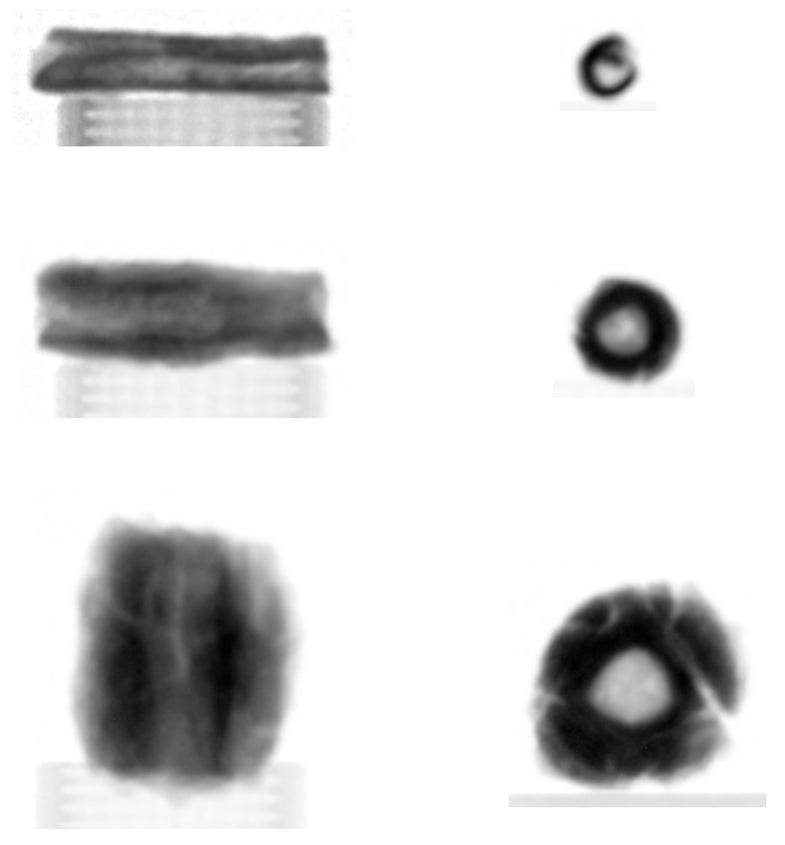 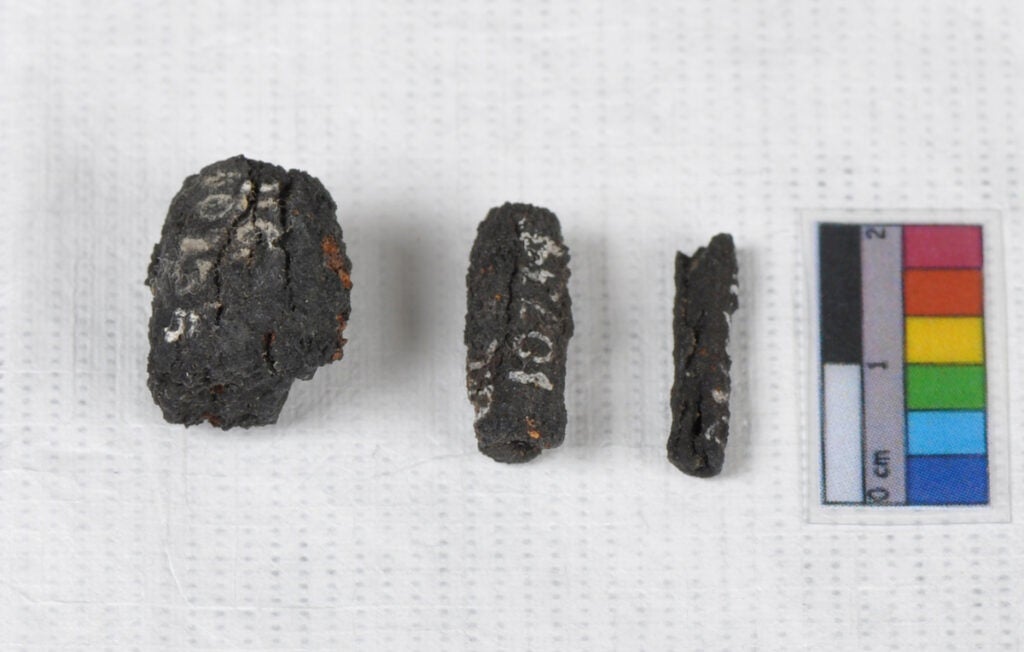 If you want to track down meteorite debris, UCL Qatar professor Thilo Rehren explains in a phone interview, you have a couple options: your best bet is to scour for the black chunks of rock in the white plains of Antarctica, “but the second best place to hunt meteorites is the Sahara Desert,” where it’s relatively easy to find space rocks amid the expansive, light sands. About 5,000 years ago, that’s where the Egyptians likely looked.

Rehren and a team of archaeologists have been studying Egyptian jewelry first uncovered from a grave in 1911–specifically, a set of beads from around 3,200 B.C. (The markings on ceramics and other finds at the site indicate the general time period.) The beads don’t look like much more than decaying chunks of metal (which they are), but they were ceremoniously strung together on a necklace and wrapped around the deceased inside the tomb.

The beads are the earliest known iron artifacts ever found. So old, in fact, that the beads pre-date iron smelting, where metal is produced from raw ore. That technique is what ushered in the Iron Age, when stronger tools and weapons altered the course of human history. It’s long been suspected that iron trinkets from well before the Iron Age came from meteorites, and now it’s been confirmed “beyond reasonable doubt,” Rehren says. That means iron working was practiced thousands of years before it was widespread.

The beads have been undergoing tests since the 1920s, when archaeologists first did a destructive (!) test that melted down one of the beads to analyze its components. Inside were nickel and cobalt in proportions that suggested the jewelry was made from meteorites. But the analysis was still only suggestive of meteorites–not quite a smoking gun that would prove it. 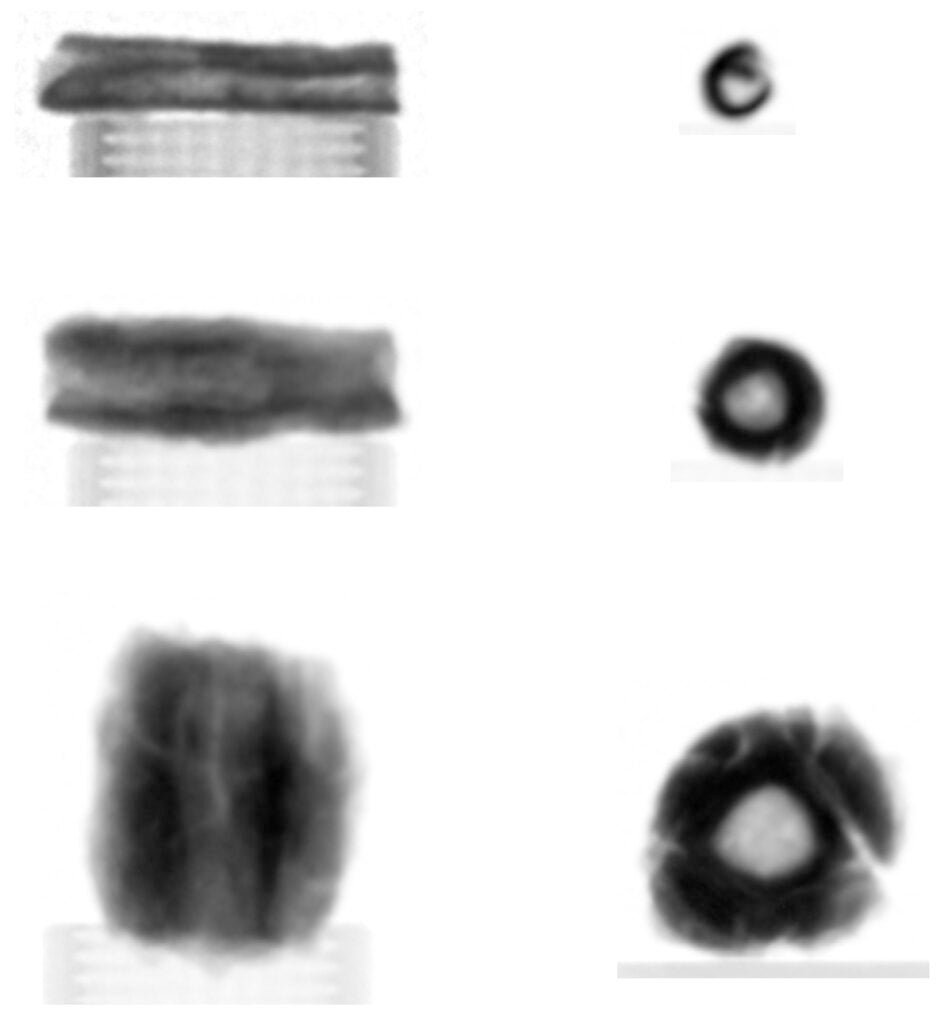 That changed recently, when advances in technology allowed for more intensive (and not priceless-bead-destroying) tests. Back in May, a different team examining one of the beads from the same set used electron microscopy and computer tomography to confirm the high amounts of nickel in the bead, and also found a crystalline structure called a Widmanstätten pattern, which is found in iron from meteorites.

The final nail in the mystery’s coffin, however, is Rehren et. al’s work. Using techniques like neutron radiography, where the reactions from neutrons beamed into a sample is picked up in a black-and-white image, the team was able to get a look at not only the surface of the beads, but the interior and its composition. Inside, along with the expected ingredients, they also found something that hadn’t been seen before: a tiny, tiny amount of the element germanium. (“We’re talking about roughly 1 percent of 1 percent,” Rehren says.) Even that minuscule amount of the substance suggests that the jewelry originated from meteorites; germanium isn’t found at all in metal from iron smelting.

Neat. And you can look at this finding as the fun, high-tech resolution to an archaeological curio, but when you put it in historical context, it’s bigger than that. After these beads were made, it was another 1,500 years before iron smelting was used, and another 500 before iron replaced copper as the dominant metal for tool-making, meaning iron-working was an older profession than expected. It takes a certain level of skill, too, to hammer out sheets of metal and form them into tube shapes like these beads–“You need to invent blacksmithing, basically,” Rehren says.

So there were a skilled set of people working with metal hundreds of years before the process became widespread. (Not many, since meteoritic iron is rare, but still some.) Instead of iron-working being completely invented, then, there were likely smiths from generations before who could pass the the technique down to younger workers.

Plus, iron falling out of the sky might have inspired ancient religious beliefs, so imagine how excited they were when they’d figured out how to mimic the process on solid ground.