The plan costs $50 million, but it'll be unlike any roller coaster ever built 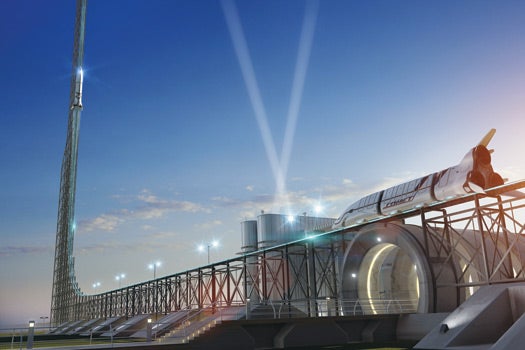 Kingda Ka, the tallest roller coaster on Earth, drops its passengers a life-flashing 418 feet. Ferrari World’s Formula Rossa, the fastest, literally takes riders’ breath away at speeds of up to 150 mph. Though thrilling, these are phenomena of degree, not kind. BRC Imagination Arts, a Southern California design firm, has proposed something entirely new: a ride that creates the sensation of zero gravity for up to eight seconds at a time.

BRC drew its concept from the “Vomit Comet,” the plane NASA uses to train astronauts. The KC-135A aircraft flies a looping parabolic path, creating about 25 seconds of microgravity each time it zips up and over the parabola’s camelback hump. BRC’s proposed theme-park ride would travel a somewhat simpler trajectory—up and then back down a soaring steel edifice, similar to the existing “Superman: Escape from Krypton” coaster at Six Flags Magic Mountain in California. But unlike Superman and other open-car coasters, the vomit-comet ride would be fully enclosed. Rather than the thrill of hurtling forward to one’s perceived doom, riders would enjoy the illusion of floating within a stable chamber.

To create that illusion, a linear induction motor system would speed coasters up the track with unprecedented precision. As the coaster approached a top speed of more than 100 mph, it would suddenly and ever so slightly decelerate—just enough to throw the passengers up from their seats, like stones from a catapult—and then quickly adjust its speed to fly in formation with and around the passengers. (The ride’s calculations would correspond to the unique heft of any particular group.) As the coaster reached the top of the track and began to drop back down, the computer system would continue to match its speed to that of the falling passengers, extending the sensation of weightlessness for several additional seconds, and finally rapidly decelerate to a stop back at the base station.

Roller coasters typically cost no more than $30 million, but Bob Rogers, BRC’s founder and chief creative officer, says the zero-gravity ride would cost $50 million or more, in large part because the precision-response propulsion system is so complex. But if someone were to write a check today, Rogers says, his company could be sending riders on weightless journeys by the end of 2013—and the new owners could make money on the side by renting the coaster after hours to scientists who wanted to perform the tests they now run using NASA’s original Vomit Comet. Simply by heading over to the amusement park, they too will be able to experience the equivalent of eight seconds in outer space—which, Rogers says, “will feel like forever.” 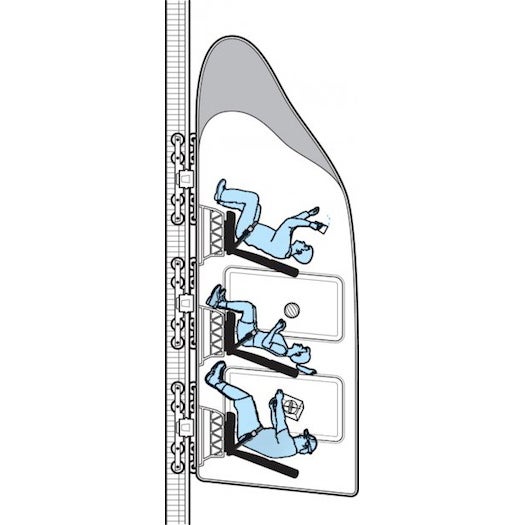 Passengers would enter the coaster through gull-wing doors, face forward, and sit upright, six to 16 to a car. They would buckle into simple two-point restraints, but the belts would be kept slightly slack so they would have room to rise out of their seats. Once aboard, they could remove from a small stand in front of their seats one of several tethered “scientific packages”—a cup filled with water, a ball, a gyroscope. In addition to experiencing weightlessness, they would be able to observe how the selected object changed properties in zero gravity. The cars would also be outfitted with drains. Should the ride live up to its nauseous namesake, attendants at the unloading stations would be ready with hoses.