A camera on board NASA’s gravity-mapping moon probes captured its first view of the dark side of the moon, a... 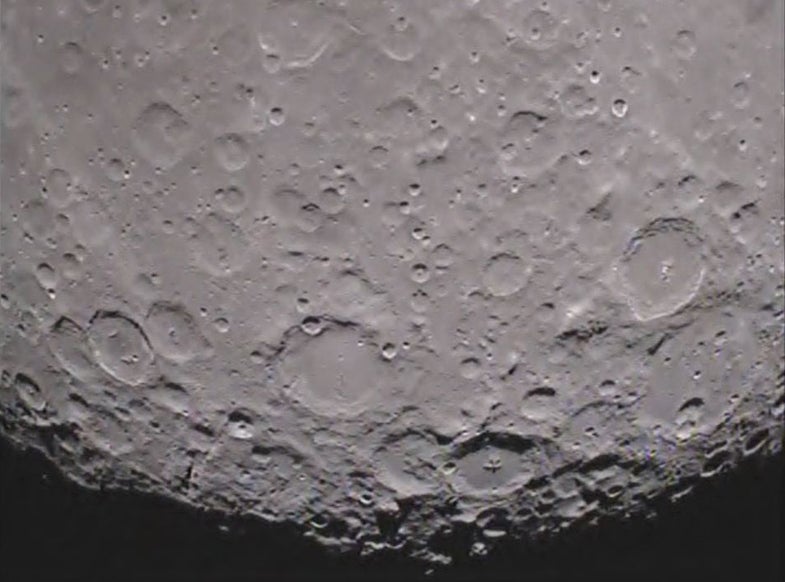 South pole of the far side of the moon as seen from the GRAIL mission's Ebb spacecraft. NASA/JPL-Caltech
SHARE

A camera on board NASA’s gravity-mapping moon probes captured its first view of the dark side of the moon, a collection of images as part of a camera test in January. The clip serves as a prelude to the GRAIL probes’ secondary mission, which will allow schoolchildren to control its cameras and snap pictures of moon features.

In the video, the north pole is visible at the top of the screen as the spacecraft flies south. About a third of the way down the moon you see Mare Orientale, a 560-mile-wide impact basin that stretches over the moon’s near and far sides. The clip fades out just north of the lunar south pole, according to NASA.

The star-shaped formation in the middle of that crater, Drygalski crater, is a central peak created billions of years ago by a comet or asteroid impact, the space agency said.

The Grail mission’s two washing machine-sized spacecraft, recently renamed Ebb and Flow, arrived at the moon on New Year’s Eve and New Year’s Day and entered orbit. The spacecraft will fly in tandem, using instruments sensitive enough to detect a hair’s breadth separation in order to measure the moon’s gravity field. They will continue making small trajectory corrections for the next month or so to get themselves lined up before the mapping mission starts in March. 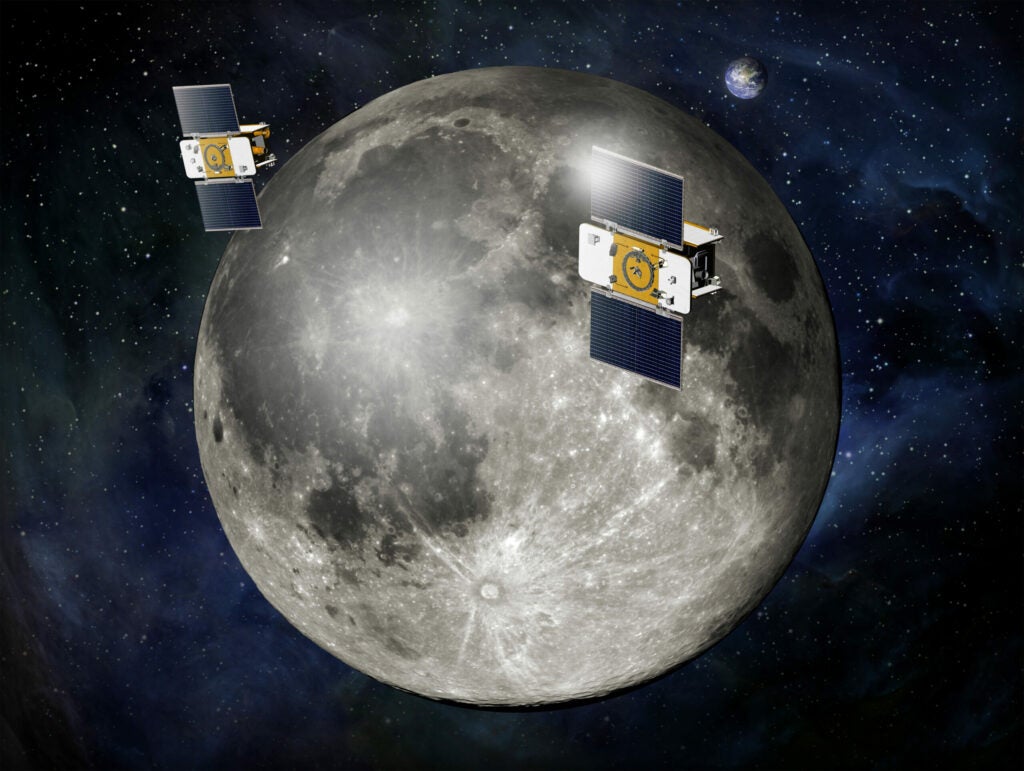 Twin spacecraft will orbit in tandem, measuring tiny changes in the distance between them to map the moon’s gravitational field.
grail
gravity
lunar probe
moons
nasa