Breeding Silicon and Solar Power in the Middle of the Desert

The forbidding sands of the Sahara might seem an unusual place for farming. But if you’re farming silicon to make... 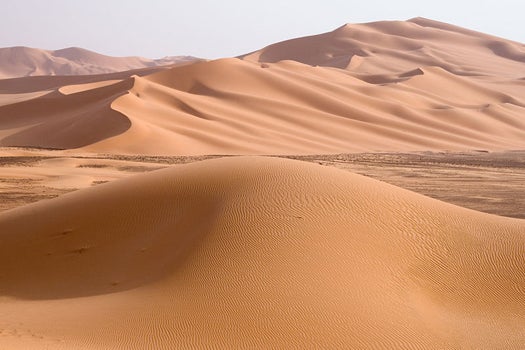 The forbidding sands of the Sahara might seem an unusual place for farming. But if you’re farming silicon to make solar panels, the conditions in the Sahara are more or less optimal. At least, that’s the thinking behind the Sahara Solar Breeder Project. The plan, a joint project proposed by Japanese and Algerian universities, would use the desert’s immense supplies of sunlight and sand to “breed” solar power plants and solar panel factories.

That’s a far more lofty goal than the Destertec Foundation’s goal of supplying just 15 percent of Europe’s energy by 2050. But some have questioned the Sahara Solar Breeder Project’s goal of using high-temperature superconductors to transmit direct current electricity over long distances, claiming that the cost of cooling the lines renders the project unfeasible. Keep in mind that superconductors have to be kept at very low temperatures, so “high-temperature” is a relative term, meaning they “only” have to be cooled to 400 degrees below zero.

The Breeder project thinks it can still make its energy cost-competitive, even with the added cost of cooling the transmission lines. Maybe they’re right; after all, it should only cost them some extra energy, and as long as that energy is supplied by their own solar panels it really shouldn’t add too significantly to costs. That’s assuming, of course, that the project can reach the critical mass needed to become an energy exporter that doesn’t consume all the energy it creates.

Still, it’s an interesting idea: Plant a solar power collector and a solar panel manufacturing plant in the desert and watch them grow, symbiotically. An organic, biologically-inspired notion of both manufacturing and power generation sounds attractive, and if the partners can make it thrive in the middle of the desert, more power to them.