Yet another reason to save them from extinction 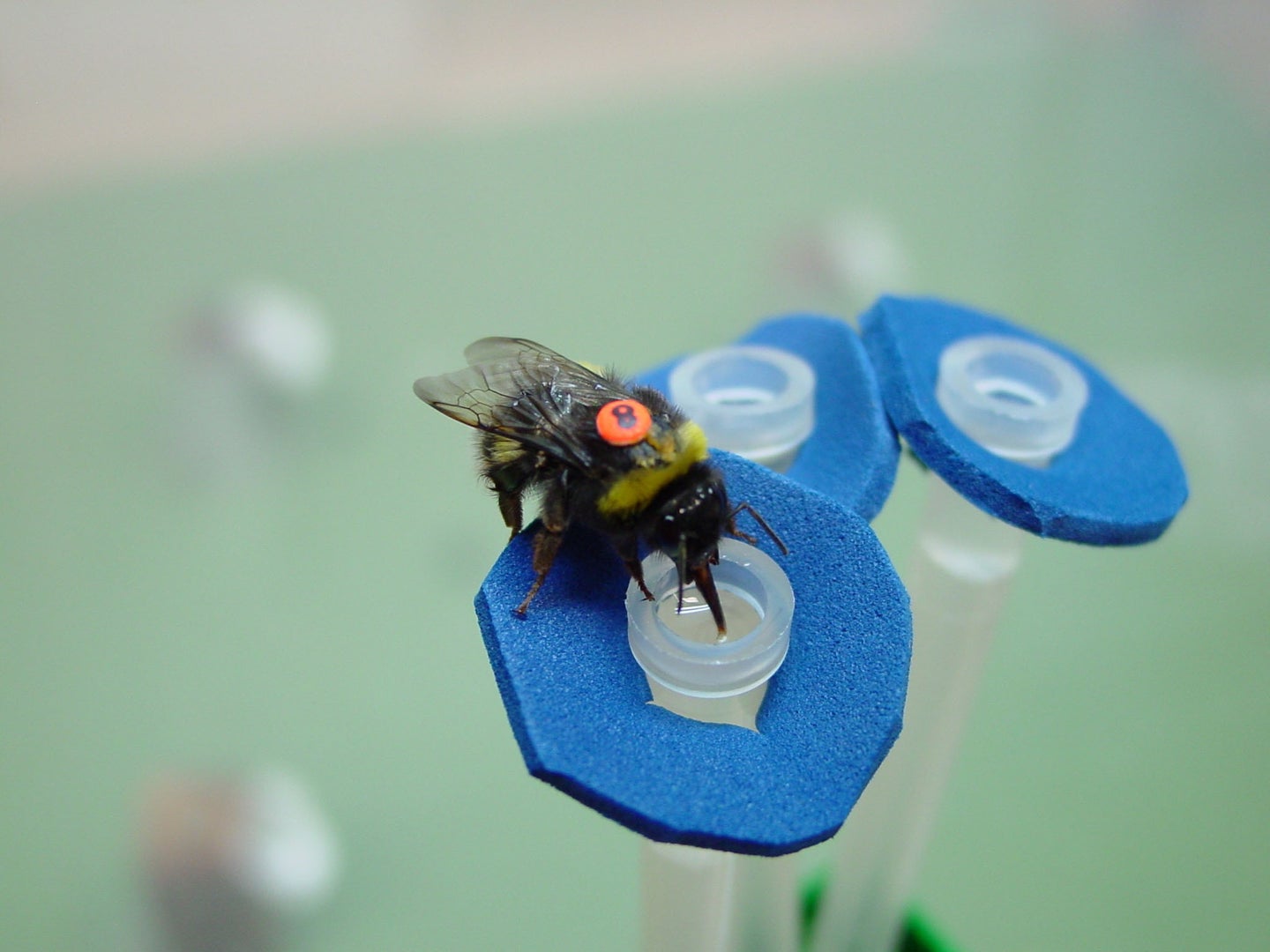 In a new study, researchers report that bumblebees were able to figure out the most efficient routes among several computer-controlled "flowers," quickly solving a complex problem that even stumps supercomputers. Queen Mary, University of London
SHARE

We already know bees are pretty good at facial recognition, and researchers have shown they can also be effective air-quality monitors. Here’s one more reason to keep them around: They’re smarter than computers.

Bumblebees can solve the classic “traveling salesman” problem, which keeps supercomputers busy for days. They learn to fly the shortest possible route between flowers even if they find the flowers in a different order, according to a new British study.

The traveling salesman problem is an http://en.wikipedia.org/wiki/NP-hard_NP-hard/_ (read: very hard) problem in computer science; it involves finding the shortest possible route between cities, visiting each city only once. Bees are the first animals to figure this out, according to Queen Mary University of London researchers.

Bees need lots of energy to fly, so they seek the most efficient route among networks of hundreds of flowers. They navigate using angles of sunlight, which helps them find their way home, researchers say. To do this, their tiny brains must pack a powerful memory.(Old bees are more forgetful, according to a separate study that came out last week.)

To test bee problem-solving, researchers Lars Chittka and Mathieu Lihoreau tested bees’ response to computer-controlled artificial flowers. They wanted to see whether the bees would go after the flowers in the order in which they were discovered, or if they would figure out the shortest route among all the flowers even as new ones were added. The bees explored the locations of the flowers and quickly figured out the shortest paths among them, according to a Queen Mary news release.

This is no small feat, especially considering bee brains are about as big as a microdot. When it comes to intelligence, size apparently does not matter.

Earlier this year, researchers showed that bees recognize individual faces because they can make out the relative patterns that make up a face. The new research further suggests bees are highly sophisticated problem solvers, and that better understanding of their brains could improve our understanding of network problems like traffic flows, supply chains and epidemiology.

The research will be published this week in the journal The American Naturalist.