Crunching the Big Bang With the Greatest Supercomputer Ever Built 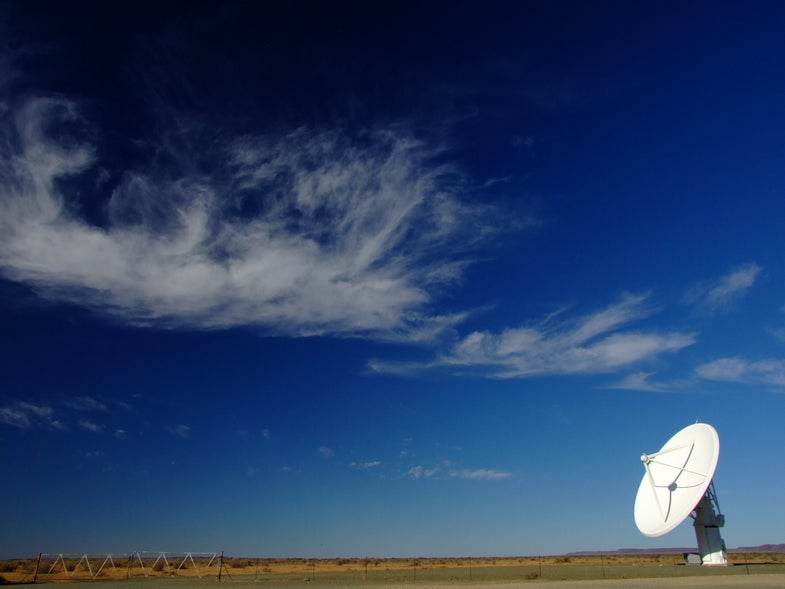 A little more than a decade from now, one of the world’s great arid plains will become a bustling intersection of high-resolution astronomy and high-powered computing. Scrub land in either South Africa or Australia will host the biggest telescope ever, the Square Kilometer Array (SKA), designed to listen to the oldest birth pangs of the universe. And the brains of the operation will likely be the world’s most powerful supercomputer.

The next generation of major scientific instruments will require a whole new information architecture, both for processing and data transfer and for storage. So the future of astronomy is closely tied to the future of computing.

To interlace these futures even more tightly, IBM today announced a new $43 million (€32 million) center connected to its research base in Zurich, where computer scientists hope to design and build the first low-power exascale computer systems.

The Square Kilometer Array will consist of thousands of radio antennas spread across an area the size of a continent, with a collecting area equivalent to one square kilometer. It will study dark energy, search for black holes, look for complex organic molecules in interstellar space, and look back to the cosmic Dark Ages — the time before the formation of the first stars. Along with a massive virtual field of view, all this work requires lots of computing power.

Take the current global daily Internet traffic and multiply it by two, and you start to approach the stupendous scales of data the Square Kilometre Array will churn out daily — about an exabyte per day. This vastly outpaces the state of the art in computing, notes Ton Engbersen of IBM Research in Zurich. “The area you would need for PCs is larger than the SKA,” he said.

Depending on how the SKA is designed and how data transfer questions are solved, it will require between two and 30 exaflops, he said. The design parameters are still being hammered out, but the first phases of construction are scheduled to start in 2016. The site in either Australia or Africa (with most of the dishes in South Africa, and others scattered in different countries from Botswana to Zambia) is expected to be announced later this month. The $2 billion project is not planned to be completed until 2024. 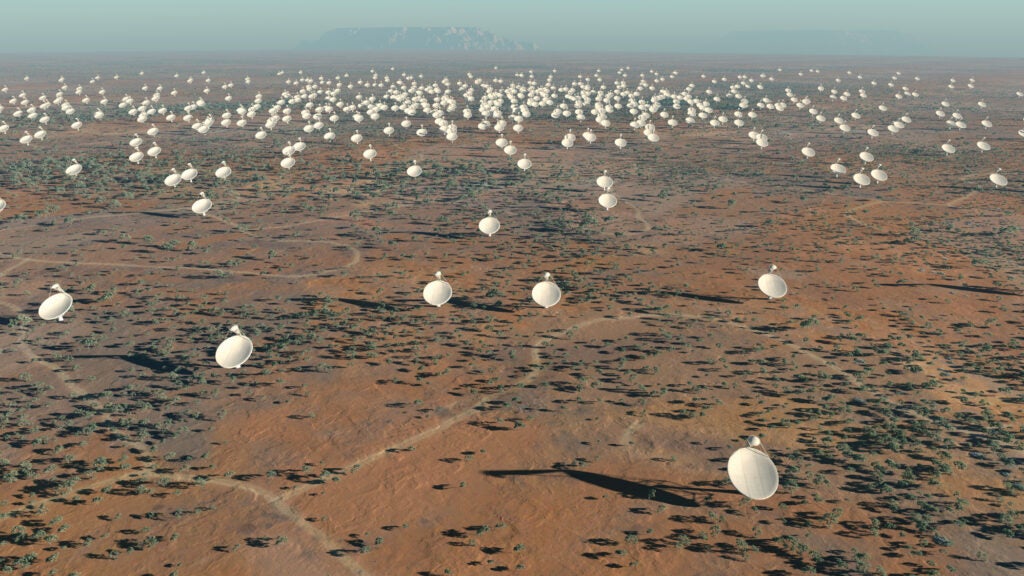 Artist’s impression of dishes that would make up the SKA radio telescope if it is built in Australia.

Data from something as enormous as SKA is a challenge on several levels, and aside from industry efforts, researchers like Andreas Wicenec are trying to figure it out in pieces. Wicenec is head of computing at the International Centre for Radio Astronomy Research in the state of Western Australia and part of his job is figuring out how to store all of the SKA’s data. It’s equivalent to 15 million iPods a day, he noted.

“You have to plan for the whole thing in one go. What is currently called exascale computing is not just an exaflop computer; that is the storage flow, too,” he said. “They have to be built up in parallel.”

He is researching how to increase bandwidth among GPUs to transfer data more quickly, and how to keep these monstrous computers cool to lower power needs. This will be especially important in the deserts of South Africa or Western Australia.

“We have to decrease power consumption by a factor of 10 to 100 to be able to pay the power bill for such a machine,” he said.

IBM researchers have some ideas, according to Engbersen. The company wants to build on its prior research using phase-change memory, which you can read more about here, and its work on 3-D chip architectures, which can transfer data more efficiently and keep things cool. He envisions a stack of 100 chips, nestled one on top of each other — with such an architecture, the SKA could theoretically have supercomputers the size of sugar cubes.

Data downloads can be made more efficient, too — Engbersen notes that when you open a document, you normally look at the first few pages before you scroll down all the way. This can work for astronomers too, perhaps, downloading a few “pages” or bits of data at a time.

IBM’s research center will be located in the Netherlands, in collaboration with ASTRON, which is planning the SKA, and the Netherlands Institute for Radio Astronomy.

New system designs stemming from the SKA effort could translate to other Big Data fields, Engbersen said. But the real payoff will be huge for astronomy.

With SKA, astronomers will have a constant, real-time all-sky radio survey, which could help uncover some of the strangest phenomena in the cosmos. Current radio astronomy is powerful, but a full-sky survey is still limited to about 10 arc seconds. That’s a tiny slice of sky — for comparison, this month the planet Venus, at its super-bright huge disc, is between 25 and 37 arc seconds in diameter. Optical sky surveys, which started in the early 20th century with photographic plates, are fairly high-resolution, more like 1 arc second. “If you want a similar resolution with radio telescopes, you have to go to the SKA scale,” Wicenec said.

“It is really relying on the fact that technology is improving at a certain rate,” he said. 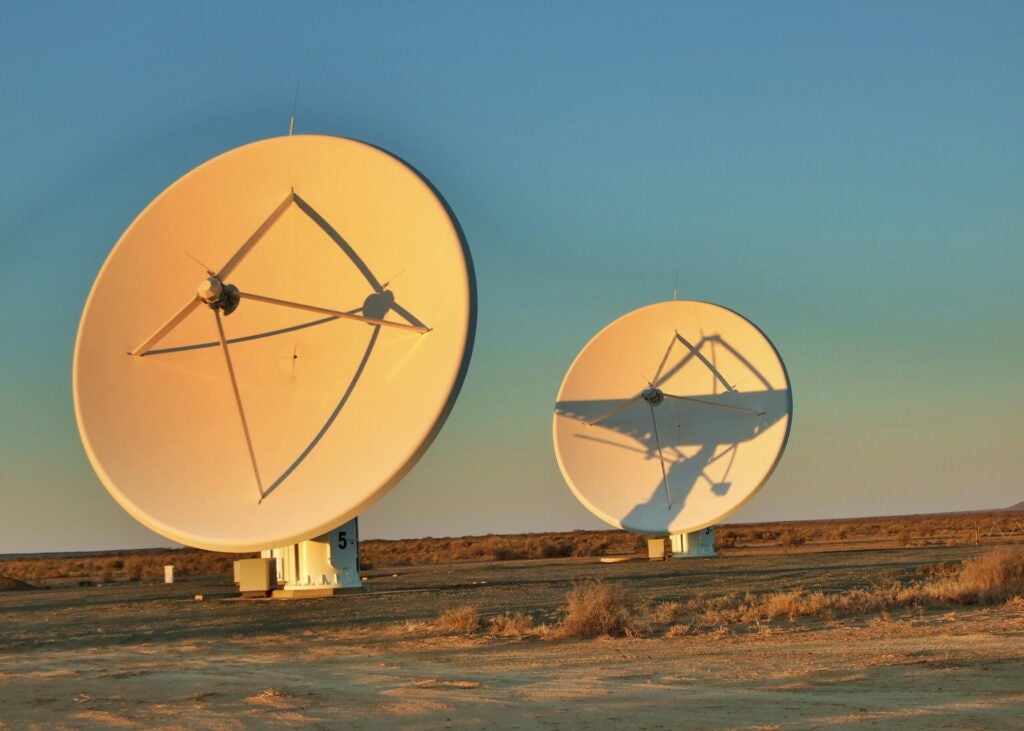